North Korea to blow up its nuclear test site in world-viewing: report 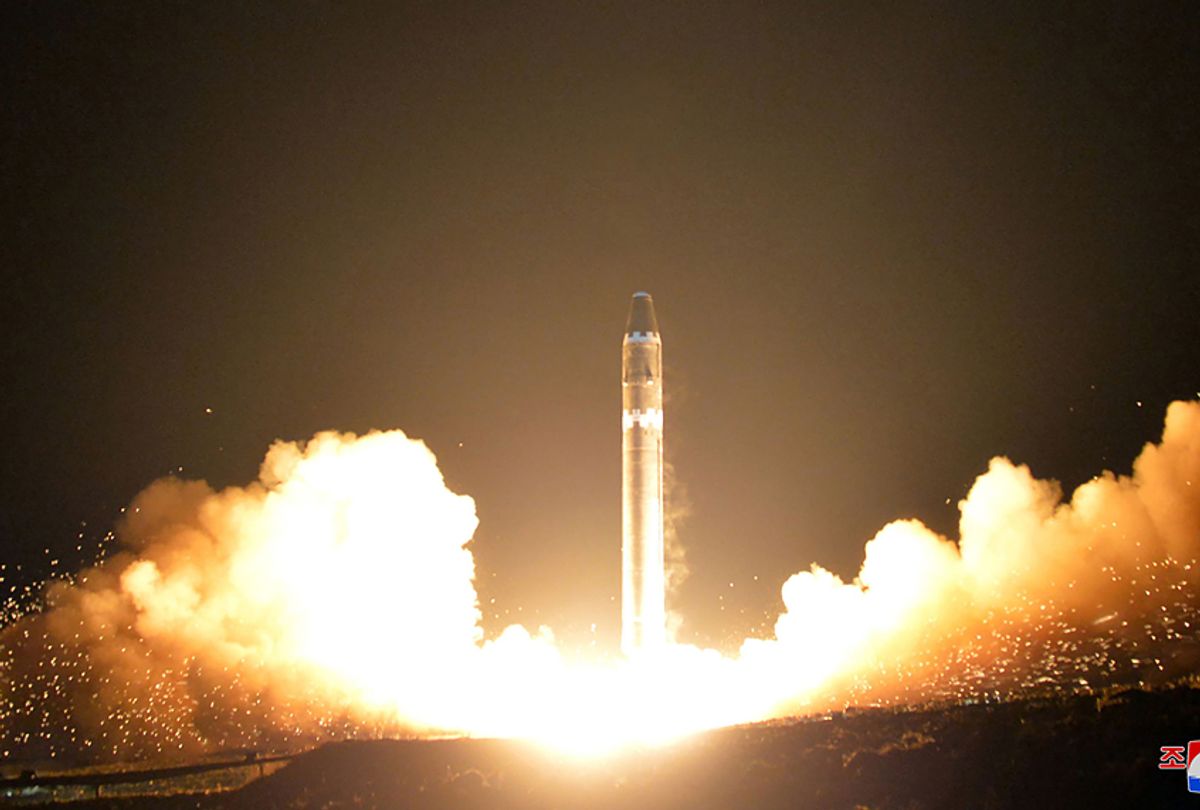 North Korean state news agency, KCNA, had an interesting announcement on Saturday morning: a plan is in place to blow up its nuclear testing site. The official dismantlement will likely take place in two weeks, and foreign journalists—some from the United States, will reportedly be invited to attend.

The announcement, which KCNA reported via the Ministry of Foreign Affairs, followed the news that Pyongyang pledged to refrain from carrying out unannounced missile tests, too.

Kim Jung Un and South Korean President Moon Jae-in also made a historic agreement in the South Korean village of Panmunjom in April when they agreed to denuclearize in return for peace. However, no concrete steps were outlined.

The site in question is the one that reportedly collapsed, the Punggye-ri complex, which Jung-un said in April he would shut down. The latest update provides more insight into the mechanics as to how the dismantlement will occur.

International journalists will be invited to conduct "on-the-spot coverage in order to show in a transparent manner" how the nuclear site is being put out of use, with a dismantlement "ceremony" scheduled for as early as May 23, depending on weather, the news agency said.

Since space is limited, only journalists from China, Russia, South Korea, the United States and the United Kingdom will be allowed access, according to KCNA.

First, explosives will be used to collapse the tunnels, KCNA said. Then, entries to the site will be blocked and all observation facilities, research institutes and guard structures will be removed. Guards and researchers will be withdrawn, and the area surrounding the test site will be closed.

The news also follows U.S. Secretary of State Mike Pompeo’s visit to Pyongyang where he met with Kim Jong-un. Pompeo told reporters his conversations with the North Korean leader were “warm.”

"They were good conversations. Our conversations were warm, we were each representing our two countries" Pompeo said. "We talked about the fact that America has often in history had adversaries that we are now close partners with."

"There is a future brimming with peace and prosperity for the ... North Korean people,” Pompeo said. “America's track record of support for the Korean people is second to none. If North Korea takes bold action to quickly denuclearize the United States is prepared to work with North Korea to achieve prosperity on the par with our South Korean friends."

While all of the news appears to be positive, there are good reasons to remain skeptical. There have been a number of other occasions when North Korea and South Korea have pledged peace and it hasn't worked out.

Alex Bell, the Senior Policy Director at the Center for Arms Control & Non-Proliferation, told Salon when news broke about the North Korea Summit, it was wise to remain cautious.

“There’s not a lot of reason to trust the North Koreans based on our previous experiences with them,” said Bell, who was also the Director for Strategic Outreach in the Office of the Under Secretary for Arms Control and International Security at the State Department under the Obama Administration. “There is no way to know if this is a real and honest path to denuclearization of the Korean peninsula unless we try.”

The demolishment of the nuclear test site will be significant, and indeed, a spectacle to watch.