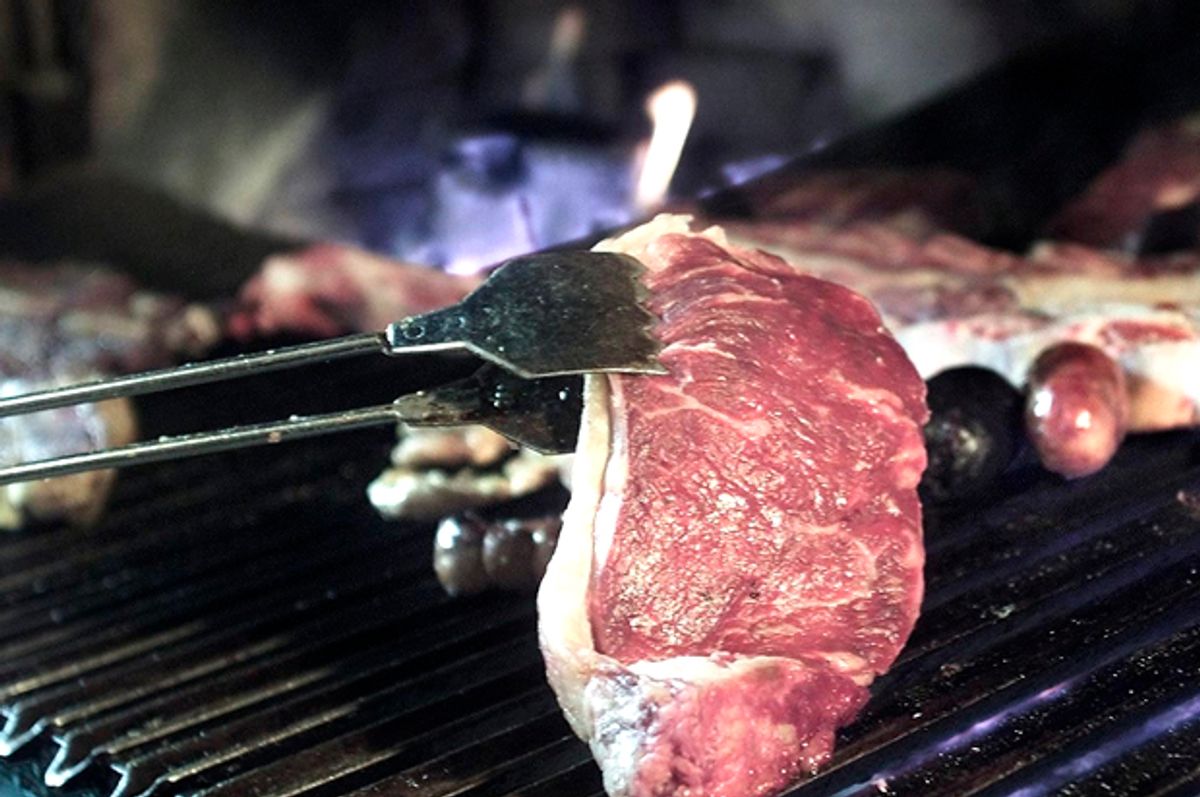 A white woman called police on a black family for barbecuing at an Oakland, California, park — and broke down sobbing after they confronted her.

Michelle Snider recorded video of the incident late last month at Lake Merritt, where another visitor called police because she believed the family was breaking park rules by cooking, reported KRON-TV.

“This is exactly what is the problem with Oakland today,” Snider said. “This lady wants to sit here and call the police on them for having a barbecue at the lake as if this is not normal.”

The woman tells Snider that charcoal grills are “illegal” in that part of the park, and she calls police and threatens the black family with jail.

“She said that we were trespassing, we were not welcome, and then she turned back around and said, ‘Y’all going to jail,'” said Snider’s husband, Kenzie Smith.

The family argues about park rules with the woman for about 10 minutes as she stays on the phone with dispatchers, and the woman complains about the police response time.

“They’ve got other things to do other than sit here and listen to another white lady complain about black people in Lake Merritt Park,” Snider says. “This is a park for everybody.”

Snider, who is white, mocks the woman as “the f*cking coal Nazi police,” and repeatedly asks her to return a card the woman took from her hand, and then the woman tells dispatchers the family is threatening her after she becomes impatient with police.

“I’m being harassed,” the white woman says, sobbing, about 23 minutes into the video.

An officer asks Snider to back off the woman, and asks both women about the incident.

“I reported over two hours ago some people were illegally grilling in the park with a charcoal grill where they’re not supposed to, I was waiting there for a response because I was told they’re coming,” the woman says through sobs. “After two hours, I just called back the non-emergency line, and in the interim these people came up and started harassing me, physically pushing me.”

Snider denies her claims, and says she just wants her card back.

Barbecues were banned about three years on the eastern part of the lake, after complaints about trash and a toddler was burned by improperly disposed charcoal, but police did not cite the family.

Both women claimed the other harassed them, but police took no action but filed a report.