The monopolization of America: The biggest economic problem you’re hearing almost nothing about 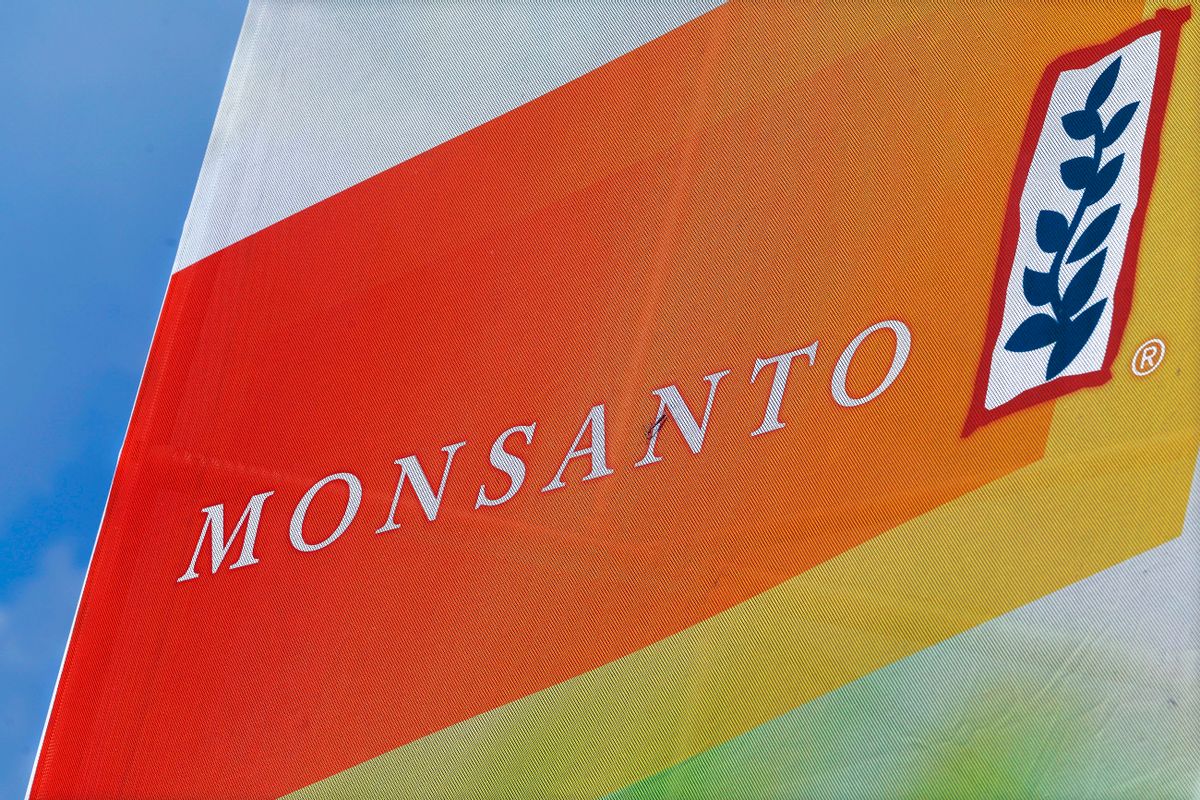 Not long ago I visited some farmers in Missouri whose profits are disappearing. Why? Monsanto alone owns the key genetic traits to more than 90 percent of the soybeans planted by farmers in the United States, and 80 percent of the corn. Which means Monsanto can charge farmers much higher prices.

Farmers are getting squeezed from the other side, too, because the food processors they sell their produce to are also consolidating into mega companies that have so much market power they can cut the prices they pay to farmers.

This doesn’t mean lower food prices to you. It means more profits to the monopolists.

America used to have antitrust laws that stopped corporations from monopolizing markets, and often broke up the biggest culprits. No longer. It’s a hidden upward redistribution of money and power from the majority of Americans to corporate executives and wealthy shareholders.

You may think you have lots of choices, but take a closer look:

2. There are many brands of toothpaste, but 70 percent of all of it comes from just two companies.

3. You may think you have your choice of sunglasses, but they’re almost all from one company: Luxottica – which also owns nearly all the eyeglass retail outlets.

4. Practically every plastic hanger in America is now made by one company, Mainetti.

5. What brand of cat food should you buy? Looks like lots of brands but behind them are basically just two companies.

6. What about your pharmaceuticals? Yes, you can get low-cost generic versions. But drug companies are in effect paying the makers of generic drugs to delay cheaper versions. Such “pay for delay” agreements are illegal in other advanced economies, but antitrust enforcement hasn’t laid a finger on them in America. They cost you and me an estimated $3.5 billion a year.

8. You think you have a lot of options for booking discount airline tickets and hotels online? Think again. You have only two. Expedia merged with Orbitz, so that’s one company. And then there’s Priceline.

9. How about your cable and Internet service? Basically just four companies (and two of them just announced they’re going to merge).

Why the monopolization of America is a huge problem

The problem with all this consolidation into a handful of giant firms is they don’t have to compete. Which means they can — and do — jack up your prices.

Such consolidation keeps down wages. Workers with less choice of whom to work for have a harder time getting a raise. When local labor markets are dominated by one major big box retailer, or one grocery chain, for example, those firms essentially set wage rates for the area.

These massive corporations also have a lot of political clout. That’s one reason they’re consolidating: Power.

Antitrust laws were supposed to stop what’s been going on. But today, they’re almost a dead letter. This hurts you.

The first antitrust law came in 1890 when Senator John Sherman responded to public anger about the economic and political power of the huge railroad, steel, telegraph, and oil cartels — then called “trusts” — that were essentially running America.

A handful of corporate chieftains known as “robber barons” presided over all this — collecting great riches at the expense of workers who toiled long hours often in dangerous conditions for little pay. Corporations gouged consumers and corrupted politics.

Then in 1901, progressive reformer Teddy Roosevelt became president. By this time, the American public was demanding action.

In his first message to Congress in December 1901, only two months after assuming the presidency, Roosevelt warned, “There is a widespread conviction in the minds of the American people that the great corporations known as the trusts are in certain of their features and tendencies hurtful to the general welfare.”

In 1911, John D. Rockefeller’s Standard Oil Trust was broken up, too. But in its decision, the Supreme Court effectively altered the Sherman Act, saying that monopolistic restraints of trade were objectionable if they were “unreasonable” – and that determination was to be made by the courts. What was an unreasonable restraint of trade?

In the presidential election of 1912, Roosevelt, running again for president but this time as a third party candidate, said he would allow some concentration of industries where there were economic efficiencies due to large scale. He’d then he’d have experts regulate these large corporations for the public benefit.

Woodrow Wilson, who ended up winning the election, and his adviser Louis Brandeis, took a different view. They didn’t think regulation would work, and thought all monopolies should be broken up.

For the next 65 years, both views dominated. We had strong antitrust enforcement along with regulations that held big corporations in check.

Most big mergers were prohibited. Even large size was thought to be a problem. In 1945, in the case of United States v. Alcoa (1945), the Supreme Court ruled that even though Alcoa hadn’t pursued a monopoly, it had become one by becoming so large that it was guilty of violating the Sherman Act.

What happened to antitrust?

All this changed in the 1980s, after Robert Bork — who, incidentally, I studied antitrust law with at Yale Law School, and then worked for when he became Solicitor General under President Ford — wrote an influential book called "The Antitrust Paradox," which argued that the sole purpose of the Sherman Act is consumer welfare.

Bork argued that mergers and large size almost always create efficiencies that bring down prices, and therefore should be legal. Bork’s ideas were consistent with the conservative Chicago School of Economics, and found a ready audience in the Reagan White House.

Bork was wrong. But since then, even under Democratic administrations, antitrust has all but disappeared.

The Monopolization of High Tech

In the new economy, information and ideas are the most valuable forms of property. This is where the money is.

We haven’t seen concentration on this scale ever before.

Contrary to the conventional view of an American economy bubbling with innovative small companies, the reality is quite different. The rate at which new businesses have formed in the United States has slowed markedly since the late 1970s.

Big Tech’s sweeping patents, standard platforms, fleets of lawyers to litigate against potential rivals, and armies of lobbyists have created formidable barriers to new entrants. Google’s search engine is so dominant, “Google” has become a verb.

The European Union filed formal antitrust charges against Google, accusing it of forcing search engine users into its own shopping platforms. And last June, it fined Google a record $2.7 billion.

But not in America.

Economic and political power cannot be separated because dominant corporations gain political influence over how markets are organized, maintained, and enforced — which enlarges their economic power further.

One of the original goals of the antitrust laws was to prevent this.

Big Tech — along with the drug, insurance, agriculture, and financial giants — is coming to dominate both our economy and our politics.

There’s only one answer: It is time to revive antitrust.