Wealthy countries have taken steps to eliminate trans fats, but it may be more difficult for developing countries 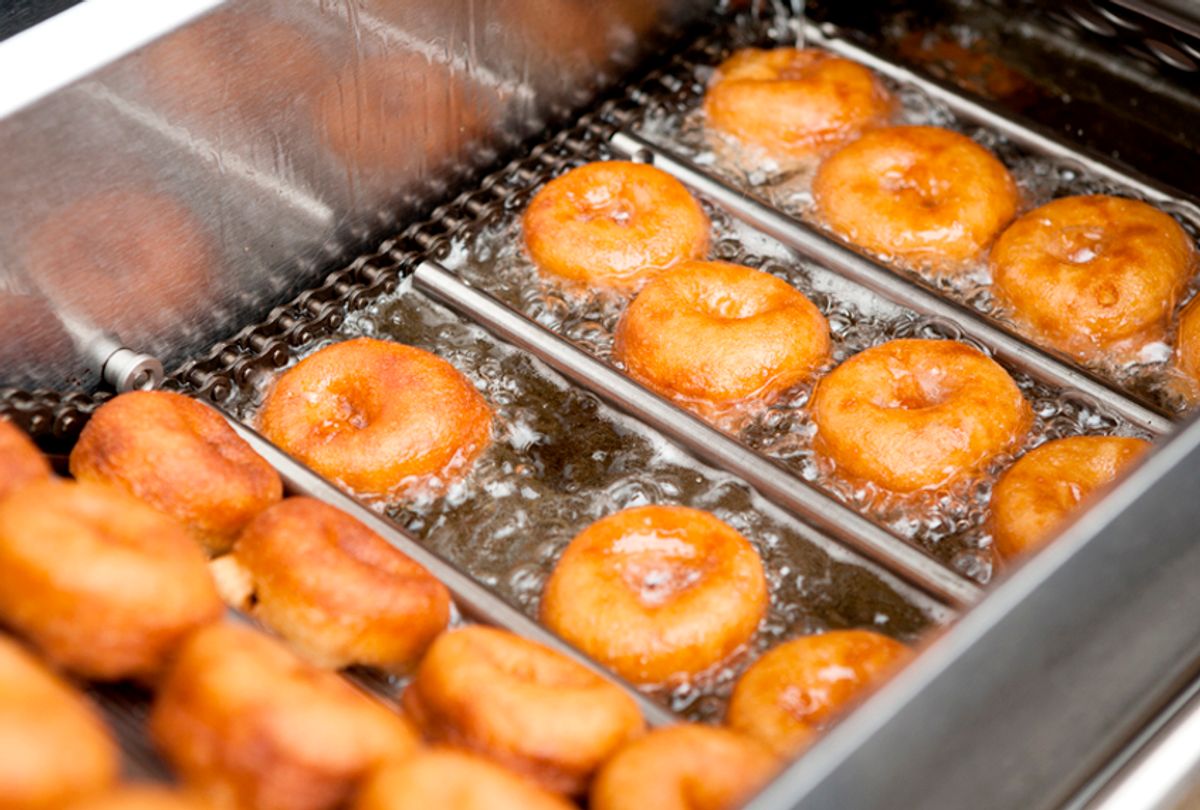 The World Health Organization announced on Monday an ambitious campaign to advocate for the elimination of artificially-made trans fats around the globe by 2023. The announcement, which is simply a set of recommendations, calls on international policymakers to combat the epidemic by following steps outlined in “REPLACE" — an acronym for REview, Promote, Legislate, Assess, Create and Enforce.

"WHO calls on governments to use the REPLACE action package to eliminate industrially-produced trans-fatty acids from the food supply," WHO Director-General Dr. Tedros Adhanom Ghebreyesus said in the official announcement. "Implementing the six strategic actions in the REPLACE package will help achieve the elimination of trans fat, and represent a major victory in the global fight against cardiovascular disease."

Non-communicable diseases, which include heart disease and diabetes, were the cause of 72 percent of deaths in the world in 2016. The WHO estimates the consumption of trans fat causes more than 500,000 deaths from cardiovascular disease a year. Industrial-made trans fat experienced a rise in popularity in the 1950s as vegetable and corn oils became home kitchen staples.

Trans-fatty acids are industrially produced, and are manufactured through partial hydrogenation of vegetable and fish oils. Trans-fatty acids can also be found naturally in meat and dairy products from ruminant animals, but the WHO initiative seeks to eliminate artificial ones only, which are found in baked and fried goods, and pre-packaged snacks and food.

As the WHO explained in its announcement, high-income countries — such as Denmark and the United States — have already taken initiative on trans-fat bans. In 2015, the U.S. Food and Drug Administration announced it was taking steps to eliminate artificial trans fat from its food supply, and implemented a three-year compliance period for companies distributing food in the U.S. to remove partially hydrogenated oils (PHOs) from their products. Partially hydrogenated oils are the biggest source of trans fat in foods.

New York City, a source of inspiration for the national ban, serves as a case study as to what happens when policymakers ban artificial trans fat. In 2006. Michael Bloomberg introduced the first municipal ban on trans fats while he was mayor.

"New York City eliminated industrially-produced trans fat a decade ago, following Denmark’s lead," Dr. Tom Frieden, New York City’s health commissioner who helped drive the 2006 initiative, says in the WHO bulletin. "Trans fat is an unnecessary toxic chemical that kills, and there’s no reason people around the world should continue to be exposed."

A report in the Journal of the American Medical Association’s JAMA Cardiology found that New York's ban likely saved lives.

“There was an additional 6.2 percent decline in hospital admissions for myocardial infarction (heart attack) and stroke among populations living in counties with vs without trans-fatty acid restrictions,” the authors of the study wrote.

When all is said and done, the WHO is putting public health pressure on countries where such a ban may be the most difficult to achieve.

“Action is needed in low- and middle-income countries, where controls of use of industrially-produced trans fats are often weaker, to ensure that the benefits are felt equally around the world,” the WHO’s announcement said.

Yet Barry Popkin, a professor of nutrition at the University of North Carolina at Chapel Hill, told the New York Times that food companies have not necessarily applied safeguards to impoverished countries in the same manner as they have to rich ones.

“The reality is that global food companies have done an amazing job reducing trans fats in rich countries but they have largely ignored Asia and Africa,” he said.

In 2009, industrial giant Unilever announced it was eliminating partially hydrogenated oils from all of its soft spreads, including I Can’t Believe It’s Not Butter! Unilever in recent years has been selling some of its spread businesses in other countries, such as South Africa.

In India, Vanaspati is a less expensive substitute for ghee and butter, and includes partially hydrogenated vegetable cooking oil in its ingredients. According to 2015 study published in the peer-reviewed journal BMC Public Health, Vanaspati producers interviewed cited costs associated with its use as one of their several challenges to reformulating the product and eliminating trans fats.

The study concluded that a “multi-sectoral food chain approach” was needed to reduce trans fat in India, and likely in similar low- and middle-income countries.

“This will require investment in development of competitively priced bakery shortenings and economic incentives for manufacturing foods using healthier oils,” the authors of the study wrote.

While the WHO's announcement doesn't include enforcement, awareness is a positive first step, experts believe.

“Even if the WHO isn’t able to do enforcement, its efforts are taken seriously by governments across the world,” Walter Willett, a professor of epidemiology and nutrition at the Harvard T.H. Chan School of Public Health, told the New York Times.