"I am so excited": Stephen Colbert celebrates the one year anniversary of Robert Mueller's probe 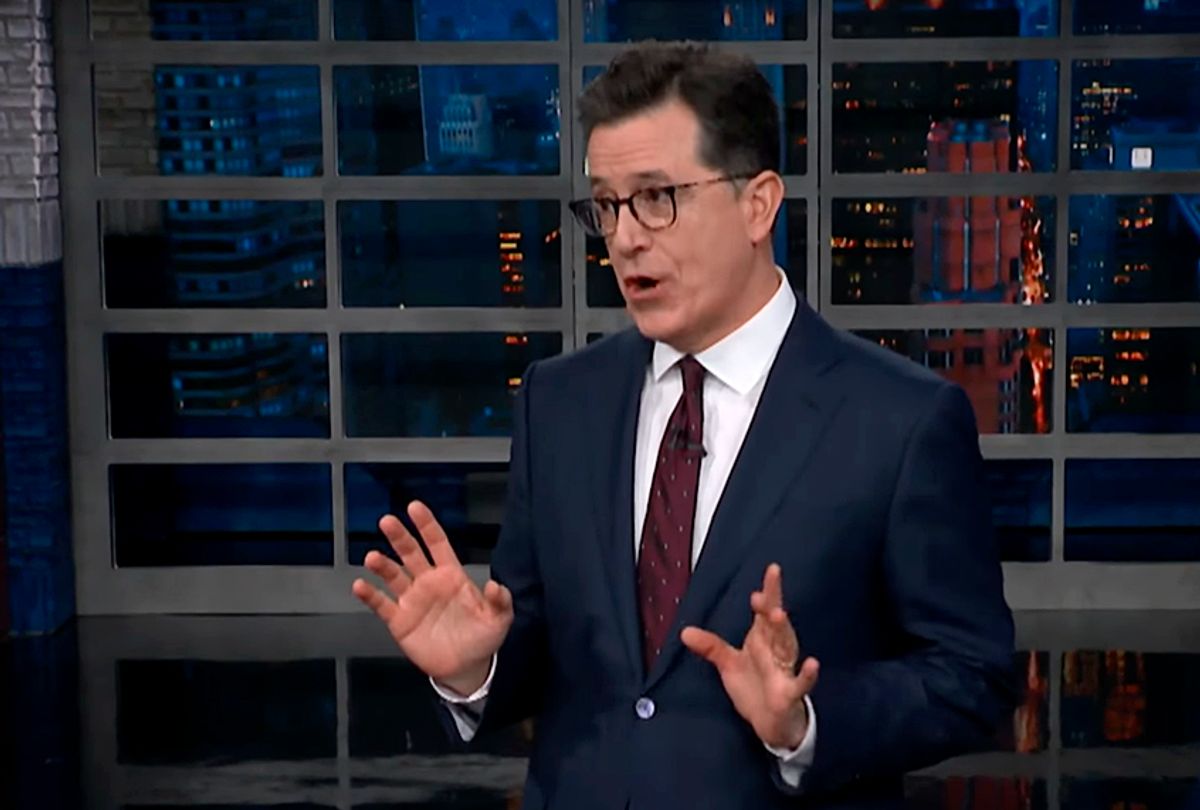 It has been one year since Special Counsel Robert Mueller launched an investigation into alleged collusion between President Donald Trump's 2016 presidential campaign and Russia. And this is one Trump anniversary that Stephen Colbert is happy to celebrate – so much so that he opened his monologue on "The Late Show" Wednesday night with his "excited face."

"I am so excited," Colbert said, after greeting his guests. "Tomorrow is the one-year anniversary of the Mueller investigation . . . Of course, the first anniversary is traditionally the paper anniversary. And, with any luck, that is is what Mueller is going to be serving Donald Trump with."

Even the president himself acknowledged the uncomfortable anniversary – on his favorite social media platform, of course. "Congratulations America, we are now into the second year of the greatest Witch Hunt in American History," Trump tweeted on Thursday. "And there is still No Collusion and No Obstruction. The only Collusion was that done by Democrats who were unable to win an Election despite the spending of far more money!"

Trump followed up his remarks with an apology to the "Fake News Media," as well as his "Haters."

In his monologue, Colbert mused about a grand jury that has been impaneled in Washington. "By law, it has to be a jury of Donald Trump’s peers," he said. "So it’s Sean Hannity, the cast of 'Shark Tank' and a cheeseburger. You are what you eat!"

Those quips at Trump's expense were just the tip of the iceberg. "Meanwhile, way on the other side of town, the president himself is freaking out," Colbert continued. "According to one confidant, Trump complains about the FBI raid of Michael Cohen’s office '20 times a day.'"

"Now, a lot of people say that Trump’s attacks on the investigation make him look guilty, but one Trump associate explains, 'No. this is Donald Trump’s personality. He just has to respond. He’s been so emotional. . . it takes a toll on him, and the way he deals with it is to lash out,'" Colbert said, citing a Washington Post article where Trump's friend Christopher Ruddy, who is also the chief executive of Newsmax, is quoted. "Yes, yes. Reassuring words about the man with the nuclear launch codes: 'Sleep tight, honey. Everything’s going to be okay as long as nothing upsets Donald Trump. We dance on the edge of a knife.'"

Much of Colbert's opening monologue jokes stemmed from the Post article, "'Buckle up': As Mueller probe enters second year, Trump and allies go on war footing." In it, one source alleges that Trump complains that he needs better "TV lawyers" to come to his defense on cable news.

"Jared, get me Matlock on the phone!" Colbert joked. "What’s that? He’s dead and never really existed? That’s a mystery! Get me Mrs. Murder, She Wrote! Get me Colombo.'"

"And who does Trump think is a TV lawyer upgrade?" the comedian wondered. "Former New York Mayor Rudy Giuliani?"

In the Post's report, Giuliani claims that the president and he are united in strategy and "on the same wavelength."

"Yes, they’re so close, it’s like they finish each other’s prison sentences," Colbert deadpanned. "But despite this defiant tone, the White House is prepared to ride out the Mueller investigation. As one White House staffer put it, 'Everyone seems resigned to just buckle up and get through whatever we’ve got to get through for it to reach its conclusion.' Yes, buckle up, because what you have to get through is going to feel like this."

"The Late Show" then played a clip of a car driving off of a cliff.