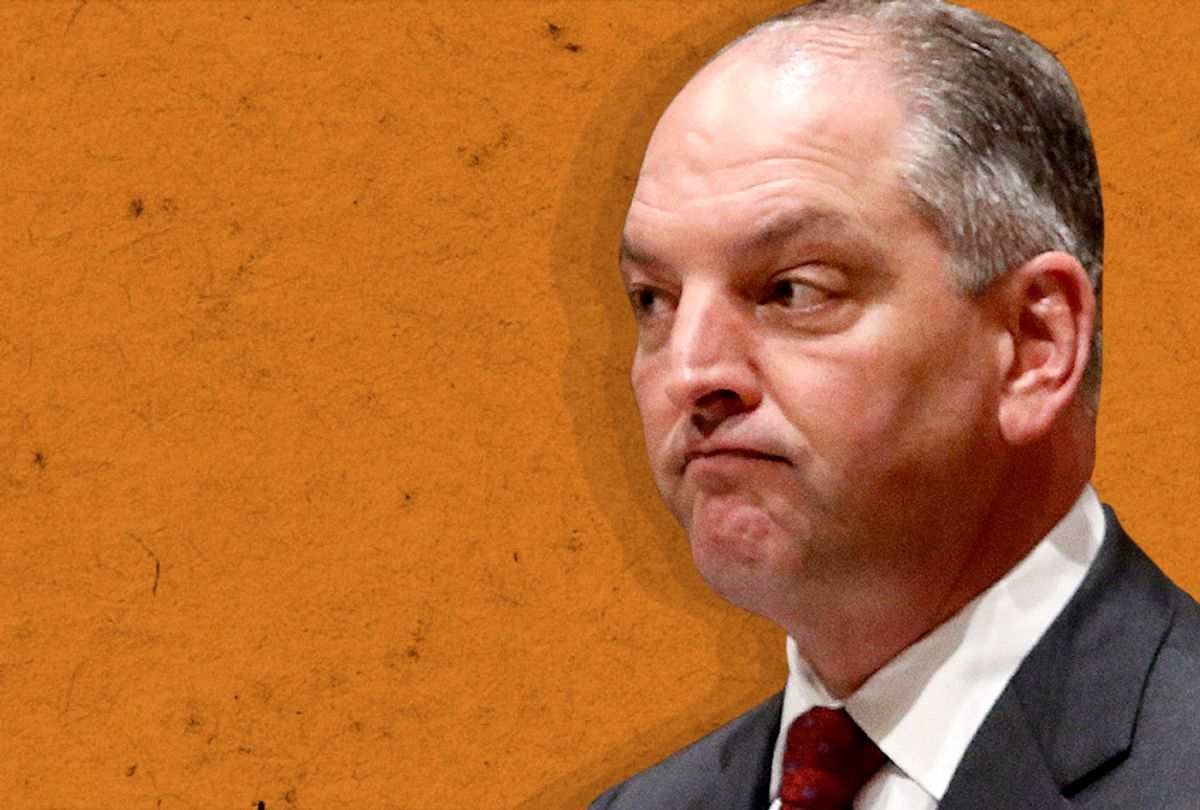 With a growing divide in American government, political powers are having trouble playing nice on either side of the partisan aisle. This hasn’t just fueled play-by-play and heated debate between broadcast news analysts and commentators, but it’s also hindered efficiency in some of the most fundamental, skeletal workings of state government. Louisiana’s leadership has been in a longtime partisan gridlock, and now it could be jeopardizing the fiscal well-being of the state.

First, there is the growing movement for a convention dedicated to revising the state constitution, which many believe is ripe for a redo. Louisiana has relied on its current body of laws for the past 45 years, since it was ratified in 1973. Now pundits and politicians are warming to the idea of revamping the state’s constitution again. Back in January, Gov. John Bel Edwards, a Democrat, announced, "If we're unable to fix our problems at the fiscal session in April, we have to seriously look at a constitutional convention because we will have too many structural impediments."

Right on schedule, late last month, the state House Appropriations Committee advanced a proposal for a limited constitutional convention in 2020. But many believe the contemporary political environment in Louisiana is so divided that any effort to revise its constitution for the betterment of its residents would be grueling, if not fruitless.

Robert Scott, president of the independent nonprofit Public Affairs Research Council of Louisiana, thinks past delegates’ discouragement is partly out of pride (“Who could do better than we did?”). But there is also a sound argument as to why such a success cannot be repeated.

“You had a formula then that really came together,” Scott said, adding that today’s political circumstances have people scratching their heads at how to successfully repeat it. Scott believes that leadership, namely the state governor, would need to articulate a ”collective sense of purpose” that rises well above any partisan polarity.

That hasn’t happened yet. Scott believes the question of a constitutional convention will be a major debate point in the next governor’s race, in which Edwards is expected to have a tough fight to remain in his seat against a crowd of powerful Republicans — including multiple U.S. lawmakers with strong support bases and continued criticism against Edwards’ politics.

There's also gridlock around the governor’s doozy of a budget proposal for the 2019 fiscal year, which he revealed in January. Edwards is proposing this budget as a gesture of last resort in response to the majority-Republican legislature refusing to accept his proposals. “It will look really bad and include $1 billion in cuts,” said the governor’s Press Secretary Tucker Barry, calling it a proposal “that literally no one will want.”

Long before the reveal, Edwards warned that both the state health department and public higher education, e.g., Louisiana State University, would face potentially damaging cuts to balance the budget. This came true in his proposal but won’t be reality unless legislators draft and pass a bill that the governor would then sign into law in late spring. The state health department and higher education leadership have fought head-to-head against cuts for the past few years, since they are the deepest pools of money that are constitutionally easiest to cut.

Both the lack of optimism about a constitutional convention and the near-satirical budget are brief-but-exemplary snapshots of Louisiana’s political atmosphere. On top of all that has been head-butting between the governor and his Republican foes outside the state legislature, including those in the judicial branch and on Capitol Hill. While Edwards has a public approval rating close to 60 percent, his relationship with those who can actually help push his policies forward has been rocky since he took office in 2016.

The dark cloud hanging over the state doesn’t seem to be what kind of constitutional overhaul would be most effective for Louisiana, but whether its leaders can get along well enough to make any sort of change at all.