Everyone's favorite raunchy motormouth mercenary is back, and his sequel is as progressive as they come 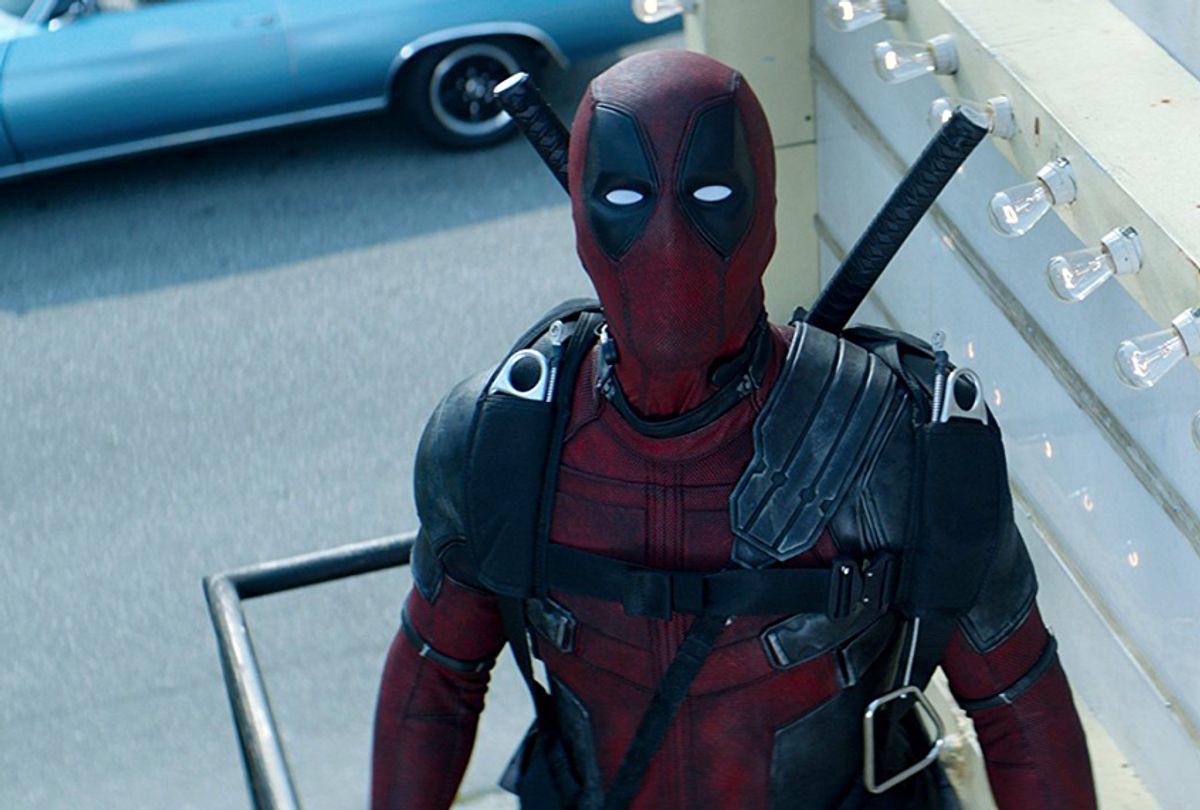 Warning: Mild spoilers ahead for "Deadpool 2."

After seeing "Deadpool 2" with a crowd of laughing, hollering and ultimately applauding moviegoers, three words come to mind: Deadpool for President.

And no, I'm not just saying that because Ryan Reynolds recently dressed up as Deadpool to take shots at Donald Trump (although that doesn't hurt).

OK, I'm not serious. But there is a lot to love in "Deadpool 2" — the meta-humor that takes the piss out of braindead comic book movies (as well as formulaic genre pics in general), the kick-ass action scenes, the pitch perfect use of the rocking soundtrack.

"Atomic Blonde" director David Leitch takes the reins on "Deadpool 2," which picks up two years after the original ended as the titular hero copes with a personal tragedy by becoming an X-Men trainee and attempting to save an abused child from Cable (Josh Brolin), who wants to kill him Terminator-style before he grows up to become a supervillain. Story-wise, this makes the new movie about as rote as its predecessor;  although, also like its predecessor, "Deadpool 2" works not because of the plot, but because of the comedy and action scenes that accompany it. When it comes to quality, this movie is easily the equal of the original — and, because it doesn't have to spend as much time establishing its main characters, arguably better.

Reynolds deserves special accolades here. Superhero films are notorious for the interchangeability of the actors assigned to play certain roles. This isn't to say that Christopher Reeve wasn't memorable as Superman — likewise Michael Keaton as Batman and Tobey Maguire as Spider-Man — but each had worthy successors (multiple successors, in fact) who brought new and interesting — or uniquely awful — dimensions to the role. Aside from a few stick-in-the-mud types, few would argue that there was only one actor who could ever play Superman, Spider-Man or Batman.

Reynolds, on the other hand, is in a rarefied league. Just as Robert Downey, Jr. has become the definitive Iron Man, Ryan Reynolds is Deadpool. It's the role he was born to play and whenever he's on screen, the movie's inner classic shines forth. Hollywood's avarice may cause them to someday recast the part (such as Warner Bros. did when casting Jared Leto as another version of The Joker in "Suicide Squad" after Heath Ledger's performance in "The Dark Knight" should have been left to stand on its own), but they will regret that decision if they're ever foolish enough to make it.

But enough about Reynolds' iconic performance. Enough about the meta-humor and the gory violence and all of the other accoutrements that this sequel has established are features of the larger "Deadpool" franchise rather than quirks specific to the first film. I want to get back to the statement that opened this review.

Deadpool for President! I am totally serious this time.

Well, kind of serious. Obviously a fictional character can't run for president, but the spirit captured by "Deadpool 2" is something that we need a lot more of in this country. Allow me to list the reasons:

1. The comedy was edgy but didn't punch down.

Listen to a right-winger whine about political correctness for long enough, and eventually you will hear them complain that social justice warriors are trying to stifle everything funny in the world. Yet both "Deadpool" movies have been smart, raunchy, vulgar and edgy, and yet they don't rely on racism, sexism, homophobia, xenophobia or other kinds of prejudice for their humor.

In fact, "Deadpool 2" goes in the opposite direction and actually pokes fun at those who would be intolerant. There are cracks at the expense of racism, at the expense of sexism, in favor of diversity and tolerance. One line at the expense of Jared Kushner received some of the biggest laughs from the audience, particularly because it was directed at a weasel-y type who was undeniably reminiscent of the ethical lilliputian who happens to be the president's son-in-law.

2. The cast is wonderfully diverse.

Without giving too much away, suffice to say that some of the most impressive heroics in the film are performed by a woman of color who eventually saves Deadpool's bacon in a big way. The Boy Scout-ish heroics of Colossus provides a refreshing Russian archetype to at least temporarily replace the fascistic Vladimir Putin. Even the final collection of heroes that survives to fight another day is notable for the fact that it is not dominated, like most other comic book properties, by the presence of white men. Major characters are also Japanese, Maori, South Asian.

The progressivism here is deeper than that. When a recurring character from the first film is revealed to be in a same-sex relationship, not a single wisecrack is made about their sexuality. Just as notably, the movie doesn't trot out their romance as proof of its progressive bona fides. It just is what it is, in a matter of fact way, with the main source of comedy coming from who the two characters are rather than their sexual orientation.

3. It doesn't take itself too seriously.

Has anyone really thought about just how serious we have become as a country these days?

Not that there isn't good reason for that seriousness, of course. Yet "Deadpool 2" is a movie that, even as it goes through the obligatory motions of its three-act summer blockbuster story arc, never fails to be aware of the fact that it is going through the obligatory motions of a three-act summer blockbuster story arc. If anything, it's tickled pink by this reality, and seems giddy at the thought that it has gotten away with this for so long. Could the man whose vision for the Deadpool character was corrupted in "X-Men Origins: Wolverine" and whose career was nearly derailed by "Green Lantern" really be putting all of this nonsense on screen right now? Has he actually managed to create not just a successful superhero film, but one of the most successful superhero films of all time, by playing a vulgar motormouthed mercenary?

And did we just see him flash his penis at us while crossing and uncrossing a pair of hideously shrunken baby legs?

And this is the part where I must point out that Reynolds is a Canadian (although he does vote, and I suspect not for Trump) and that he is apparently much more mild-mannered in person than his manic on-screen personas would suggest. I would also imagine that the creators of "Deadpool 2" did not set out to make a political picture, but rather just a fun summer blockbuster that would live up to the deserved reputation of the 2016 movie while laying the groundwork for a larger cinematic brand.

So be it. But since everyone is allowed to take what they want away from their movies — and, just like the first "Deadpool," this film is definitely going to rank as one of my favorites — I'd like to simply say, right here and right now, that the infamous Merc with a Mouth may be exactly what America needs to lead us into the future.