Maggie Haberman explains how Trump’s vague, coded statements have provided him cover from criticism in the past 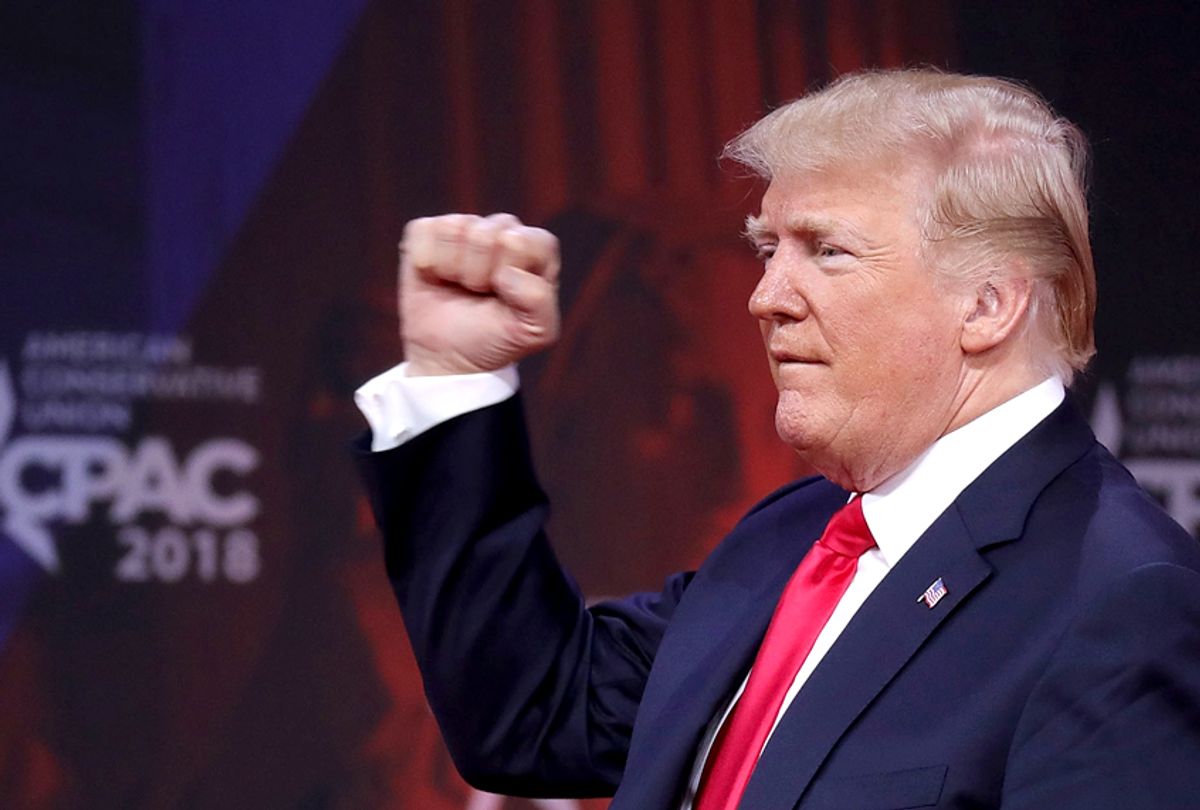 President Donald Trump’s defenders are attacking the media, claiming that his recent comments — in which he called some undocumented immigrants “animals” in response to a question about suspected members of the gang MS-13 — were taken out of context. But The New York Times’ Maggie Haberman explained that attacking the media for reporting on his vague, often racially coded statements has been a core part of Trump’s playbook since at least 2015.

During a roundtable discussion on May 16 about California’s so-called sanctuary laws, Trump responded to a vague, hypothetical comment about suspected MS-13 members from a local sheriff by saying, “We have people coming into the country, or trying to come in — we’re stopping a lot of them. But we’re taking people out of the country. You wouldn’t believe how bad these people are. These aren’t people, these are animals, and we’re taking them out of the country at a level and at a rate that’s never happened before. And because of the weak laws, they come in fast, we get them, we release them, we get them again, we bring them out. It’s crazy.”

His remark was unspecific and made no explicit reference to gang members. Media outlets reported on his ambiguous statement with headlines noting that he had referred to some undocumented immigrants as “animals.” Trump-friendly media outlets responded by accusing the media of taking his remarks out of context, arguing that he was referring explicitly to MS-13 gang members, even though that was not made clear in his statement. Trump echoed the talking point to his millions of Twitter followers on Friday, and as a result, at least one outlet, CNN, caved to right-wing pressure, clarifying its statement and criticizing coverage from other outlets.

Haberman took to Twitter to explain how Trump’s vague, coded statements have provided him cover from criticism in the past, allowing him to dodge charges of racism, attack the media, and manipulate their coverage of him: