Will Tuesday's Southern primaries reshape the Democratic Party before the midterms?

Primaries in Arkansas, Georgia, Kentucky and Texas could shape the Democratic Party's future in the South 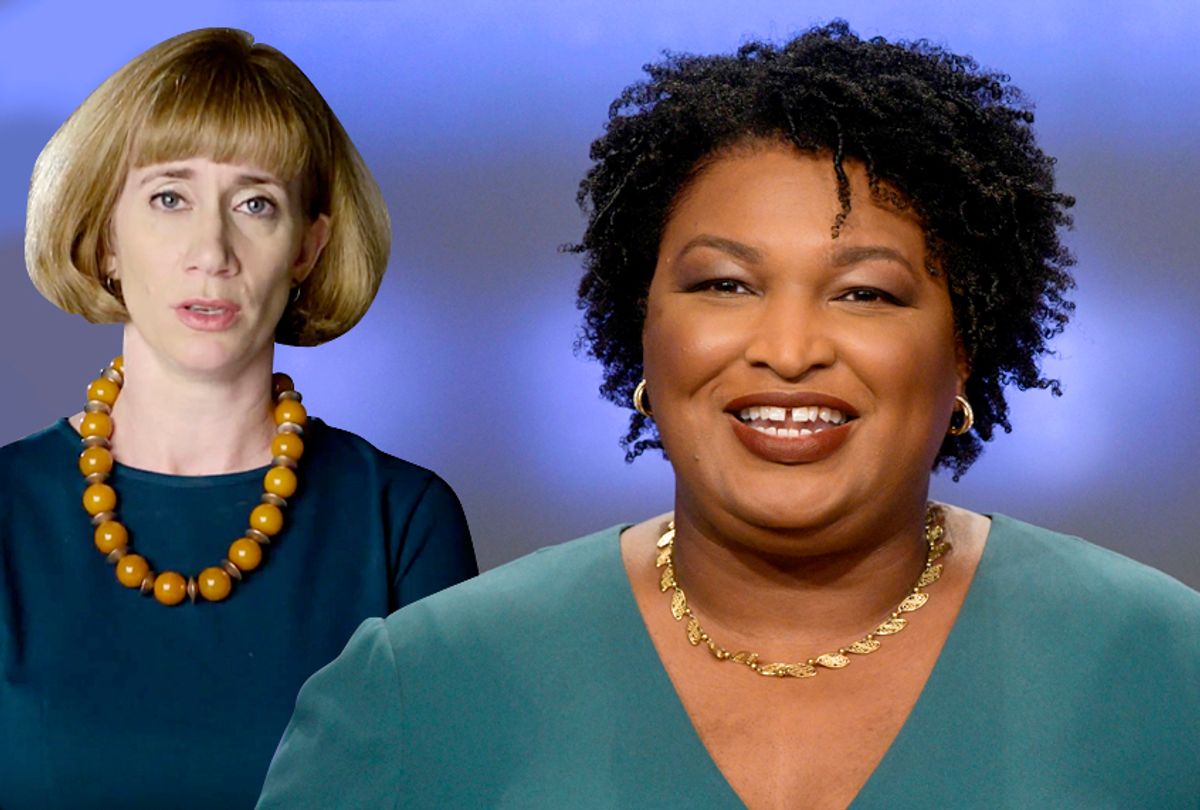 Democrats looking to retake Congress in the 2018 midterm elections are looking to a quartet of Southern states on Tuesday — Arkansas, Georgia, Kentucky and Texas.

Perhaps the most high-profile race is that of Stacey Abrams, a Georgia state representative who is looking to become the Democratic Party's nominee for governor. If elected, she would become the first black female governor in American history and only the third elected African-American governor, following Douglas Wilder in Virginia in 1990 and Deval Patrick in Massachusetts in 2006. Abrams has a major polling advantage over her opponent, Stacey Evans, who is running a more conservative campaign under the presumption she will have the best chance of prevailing in the fall, according to FiveThirtyEight.com. Abrams also has considerable support from powerful organizations, including Emily's List, progressive groups, African-American groups and 2016 presidential nominee Hillary Clinton.

Watch our interview with Stacey Abrams

A Salon Talks conversation with the former Georgia House Minority Leader who could make history, as she is running to be the first elected African American woman to be a governor in the United States.

FiveThirtyEight.com summed up the race by arguing that "the two candidates couldn't be taking more different approaches":

Stacey Evans believes that the key to a Democrat winning Georgia is persuading moderate Republicans like those in the rural trailer parks she grew up in or the Atlanta suburb she later represented in the state House. Former state House minority leader Stacey Abrams thinks it’s time to try a new strategy: turning out the hundreds of thousands of black voters who stayed home in 2014 and 2016. Whichever candidate wins on Tuesday, Democrats will most likely need to use some combination of the two strategies if they hope to prevail in November. Georgia is still pretty red, with a partisan lean of R+8.

Another prominent African-American candidate is former Tennessee Titans linebacker Colin Allred, who is running against businesswoman Lillian Salerno for the opportunity to oppose incumbent Rep. Pete Sessions, a Republican, in Texas' 32nd congressional district. Like the other Democrats running in primaries today, Allred is competing in a runoff because he failed to win 50 percent of the vote during the original round of primaries on March 6. Allred made a name for himself by working as a special assistant in the Department of Housing and Urban Development’s Office of General Counsel under Barack Obama's administration. Salerno, on the other hand, is running in a year when female candidates have done disproportionately well.

Allred's race isn't the only one in Texas worth noticing. In the 7th congressional district in Houston, former journalist Laura Moser had the dubious distinction of being on the receiving end of opposition research from her own party, after the Democratic Congressional Campaign Committee published arguments that she was an outsider who couldn't defeat the Republican incumbent, Rep. John Culberson. Despite the apparent smear campaign, Moser won the opportunity to compete against the Democratic establishment's preferred candidate, Lizzie Pannill Fletcher, in a runoff election. Fletcher is a local attorney backed by Emily's List.

Another Texas race deserves attention, if largely for its historical significance. In the 23rd congressional district, Gina Ortiz Jones is an LGBT Air Force veteran who, if elected in November, would become the first Filipino-American ever to serve in Congress. She is expected to easily defeat Rick Treviño, a teacher who has characterized himself as a Bernie Sanders-style progressive, in Tuesday's Democratic runoff.

Part of what makes Texas so interesting is that, because of its diverse demographic profile -- and especially its large and growing Latino population -- it has long been considered ripe terrain for big gains by the Democratic Party. Indeed, Hillary Clinton came closer to winning in Texas than she did in Iowa, a purple state that Barack Obama carried twice. On the other hand, Texas has not voted for a Democratic presidential candidate since Jimmy Carter won it in 1976.

In Kentucky, the key race is in the 6th congressional district, between two candidates whom FiveThirtyEight.com describes as almost frustratingly well-suited to win.

Jim Gray and Amy McGrath are two of the most impressive Democratic candidates for office anywhere in the country. It’s just Democrats’ luck that they happen to be running for the same seat. McGrath jumped into the race for Kentucky’s 6th Congressional District in August 2017 with a viral video that emphasized her barrier-breaking military career. But national Democrats reportedly still pushed Gray to run, and in December he kicked off a campaign that checked all of the national party’s preferred boxes: He is wealthy, so he can self-fund his campaign; he is well-liked locally as the mayor of Lexington, the 6th District’s largest city; and he has already won this district once before, as Democrats’ candidate for U.S. Senate in 2016 (he lost statewide but carried the 6th District 52 percent to 48 percent). That’s no easy feat in this district that’s 17 points more Republican-leaning than the country as a whole.

Finally, there is Arkansas' 2nd congressional district, which the national Democratic Party believes could be competitive, despite being currently held by Republican Rep. French Hill, according to ABC News. As the site reported:

The Democratic Congressional Campaign Committee (DCCC) has added State Representative Clarke Tucker to the "Red to Blue" program for top-tier candidates in a sign that they believe he is their best shot to flip the seat and add another ripple to the "blue wave" that could sweep them back into power in the House. Clarke has raised over $600,000 according to filings with the FEC, further bolstering the argument that he is in the best position to beat Hill in November.

Overall, the stakes on Tuesday are obvious. If Democrats can place the right candidates in key competitive primary races, they will move closer to flipping control of the House of Representatives and potentially both thwarting Trump's legislative agenda and holding him accountable for the various scandals plaguing his administration. Similarly, the rise of promising new candidates like Stacey Abrams could provide the Democratic "bench" -- widely perceived as weak -- with a roster of contenders for future national races.