Obama wanted methylene chloride banned, so Pruitt wants it in your home 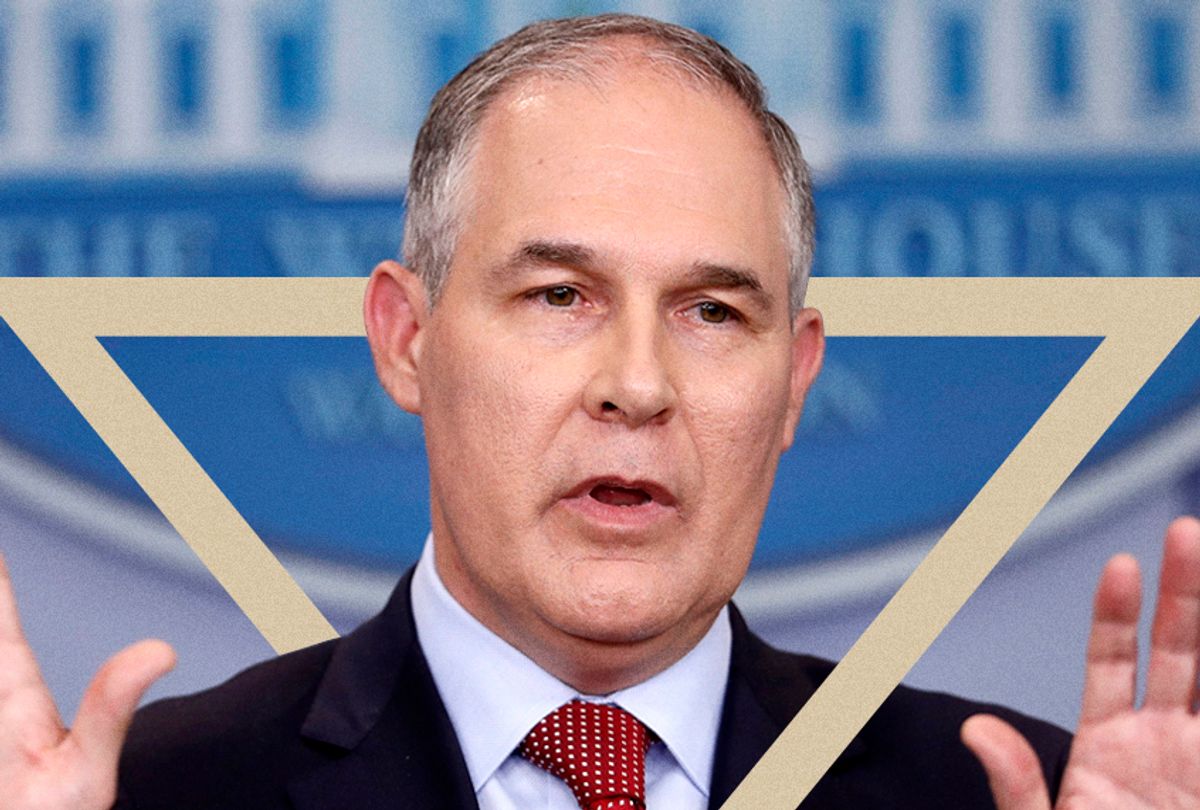 EPA Administrator Scott Pruitt plans to lightly regulate the sweet-smelling solvent methylene chloride, commonly used in paint strippers, after meeting with the mothers of two men killed by the chemical.

Wendy Hartley, the mother of Kevin Hartley who died at age 21 in April 2017, and Cindy Wynne, mother of Drew Wynne, 31, who died in October, met with Pruitt. They brought photos of their sons and their sons’ death certificates.

“We do not need any more lives lost due to this,” Hartley said.

Under former President Barack Obama, the EPA proposed banning retail sales of the solvent which, like milk, is sold by the gallon at stores such as Ace Hardware, Home Depot and Lowe’s.

But Pruitt’s EPA could propose only minimally tougher regulation. The only current federal regulations on the chemical, approved in 1997, say workers shouldn’t be exposed to more than 25 parts per million of methylene chloride.

Nancy Beck, a top deputy in the EPA’s toxic chemical unit who also met with the two mothers, has worked to weaken regulation of dangerous chemicals. Beck, a former executive at the American Chemistry Council, has said that perhaps people weren’t following the directions on the labels on methylene chloride.

Since 1980, more than 50 accidental deaths have been linked to methylene chloride in the United States. Deaths from the chemical have been documented since 1947 when four men were overcome, and one died.

The solvent can be inhaled or absorbed through the skin. It can cause heart attacks and turns to carbon monoxide in the body. The solvent can only be used safely with a respirator and special gloves and is especially dangerous in confined spaces such as bathrooms or basements.

Kevin Hartley died while refinishing a bathtub with White Lightning Low Odor Stripper. Wynne was using a product named Goof Off, made by W.M. Barr, on the floor of a walk-in refrigerator.

The Halogenated Solvents Industry Alliance, which has opposed tougher regulations, spent $30,000 on federal lobbying in 2017.

The Environmental Defense Fund says the EPA should ban using methylene chloride to remove paint and not put exemptions in the regulations based on training, labeling or using protective equipment.

A rule on methylene chloride would be the first time the EPA has used the amended Toxic Substances Control Act to ban chemicals that are an “unreasonable risk” to health or the environment.

The European Union banned most consumer and professional uses of the chemical in 2011.

“How is it possible that you can go to a home improvement store and buy a paint remover that can kill you?” asked Wendy Cleland-Hamnett, who was the top official at the EPA overseeing pesticides and toxic chemicals. “How can we let this happen?

Wendy Hartley has her son’s last heartbeats tattooed on her chest. She asked doctors to print out a tracing of them after they turned off his life support. The heart-shaped locket around her neck holds his ashes.