Samantha Bee: Trump is a walking "advertisement for birth control"

"Trump is stripping rights away from women for political expediency alone, and that’s just an evil thing to do" 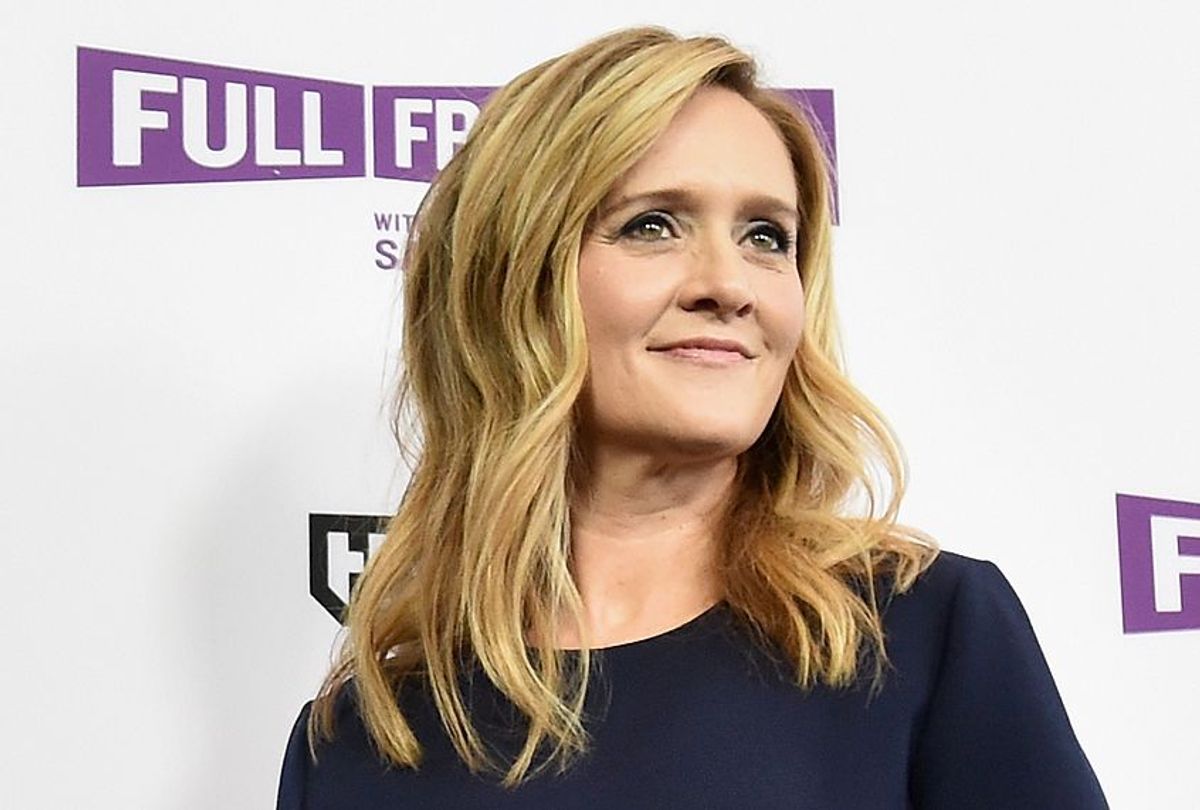 Samantha Bee began her show this week on a positive note, applauding the Democratic primary victory of Georgia's Stacey Abrams, "the first female African-American nominee for governor by a major party in American history."

"Who would have thought that a black woman would be the best hope for the Democratic Party — except everyone?" the "Full Frontal" host asked.

But then Bee pivoted to some not-so-good-news.

"It is important to find joy where you can," she observed. "These days, I find it relaxing to end every day with a rejuvenating bath, glass of wine and a full brain wipe. But no matter how many hours I spent in my bye-bye bot this weekend, there’s just one thing I couldn't get over."

She was referring to the new anti-choice proposal the Trump administration announced this week. The new rule would ban any federally funded reproductive clinics from even talking about the option of abortion to patients.

"Basically, it's supposed to be impossible to get an abortion unless you're in the know, like the secret menu at In-N-Out," Bee quipped.

"You know, it's one thing when Mike Pence wants us all to do what he does, which, let's remember, is raw-dog a woman you call mother like the lord Jesus intended," Bee said. "I think it's fucked up, but at least that's what he genuinely believes is right."

Trump, meanwhile, "doesn't believe any of that shit," she added. "He's basically an advertisement for birth control. Well, I guess these homunculi actually are," Bee said as a photo of Eric and Don Jr., the president's adult sons, appeared on screen. "But Trump is the spokesman."

"If Trump hasn't paid for at least half a dozen abortions, I will eat this blazer," Bee went on. "Actually, I take that back, that was wildly unfair. If Trump hasn’t promised to pay for at least a half dozen abortions and then not paid for them, then written bad checks for them, ghosted the woman, then declared bankruptcy and eventually made Russia pay for them, I will eat this blazer."

"Trump is stripping rights away from women for political expediency alone, and that’s just an evil thing to do," the host continued, before congratulating anti-abortion activists and religious conservatives on their victory. "I guess I missed that Bible verse that says, 'Thou shalt feel free to womanize, lie, cheat, steal, glut, lust, covet and sloth as long as thou doth also fuck over Planned Parenthood.'"