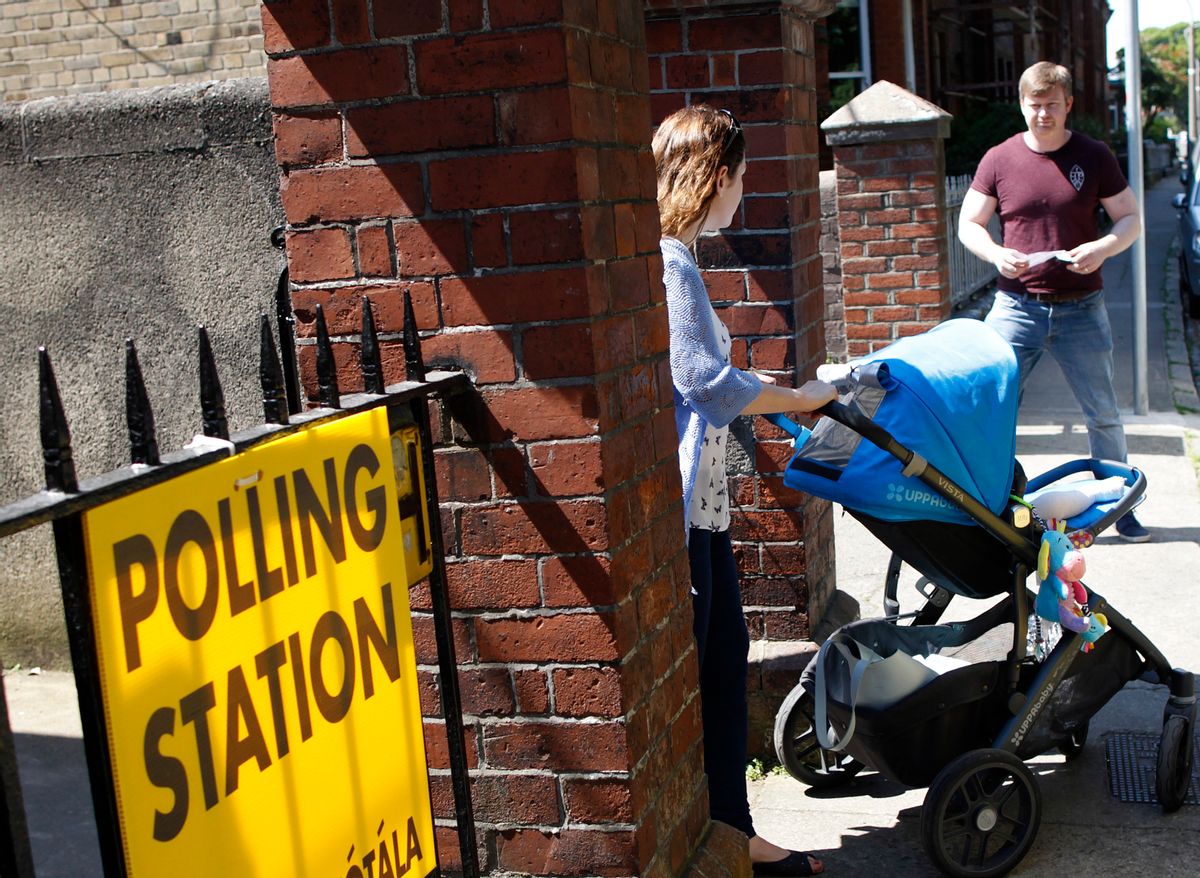 Two American expats who moved to Ireland for its anti-abortion laws are now at a loss after the predominantly Catholic country voted this week to legalize abortion.

The two brothers, Patrick and Josiah Lauser, joined their family of eight in a civic journey that began in Washington state and ended in the pro-life haven that was Ireland. Their trek was not unlike American multinational companies who have chosen to relocate to Ireland for its low corporate tax rate. For the Lauser family, apparently, a strict abortion law, even in cases of rape, was a legal scheme worth pursuing.

After the referendum that struck down abortion laws, Patrick, 28, and Josiah, 19, have tried to delegitimize the results of the election, citing voter fraud to explain their side's devastating loss.

Speaking with the Irish Independent, the Lauser brothers said they were shocked by the results of the election, yet their explanation as to what went wrong indicated they were not entirely surprised. Patrick, who is now an Irish citizen, argued the referendum was "rigged."

"People had their names taken off the register in the polling stations. And non Irish citizens were getting voter cards. What we have seen on the doors and from talking to people it doesn't match up," he said. "We have seen evidence of illegal dealing and rigging of the votes."

He insisted there was a group of Italians in Ireland who were not citizens yet somehow became eligible to vote, the Irish Independent reported.

The brothers also claimed that many No voters (those who wanted to preserve the abortion law) arrived at the polling booth only to find they were "off register."

Josiah, who's homeschooled, said he wasn't sure whether his family would stay in Ireland and that the decision hinged on whether the Yes side "get caught or not."

Patrick expounded on why the issue of abortion was so important to he and his brother, saying that "people are people from conception on."

"We are looking forward to the people in charge of the corruption being exposed," he added.

That the Lauser brothers would resort to President Trump's tactics was not the most surprising development in Ireland this week.