“This is really all about money at the end of the day." 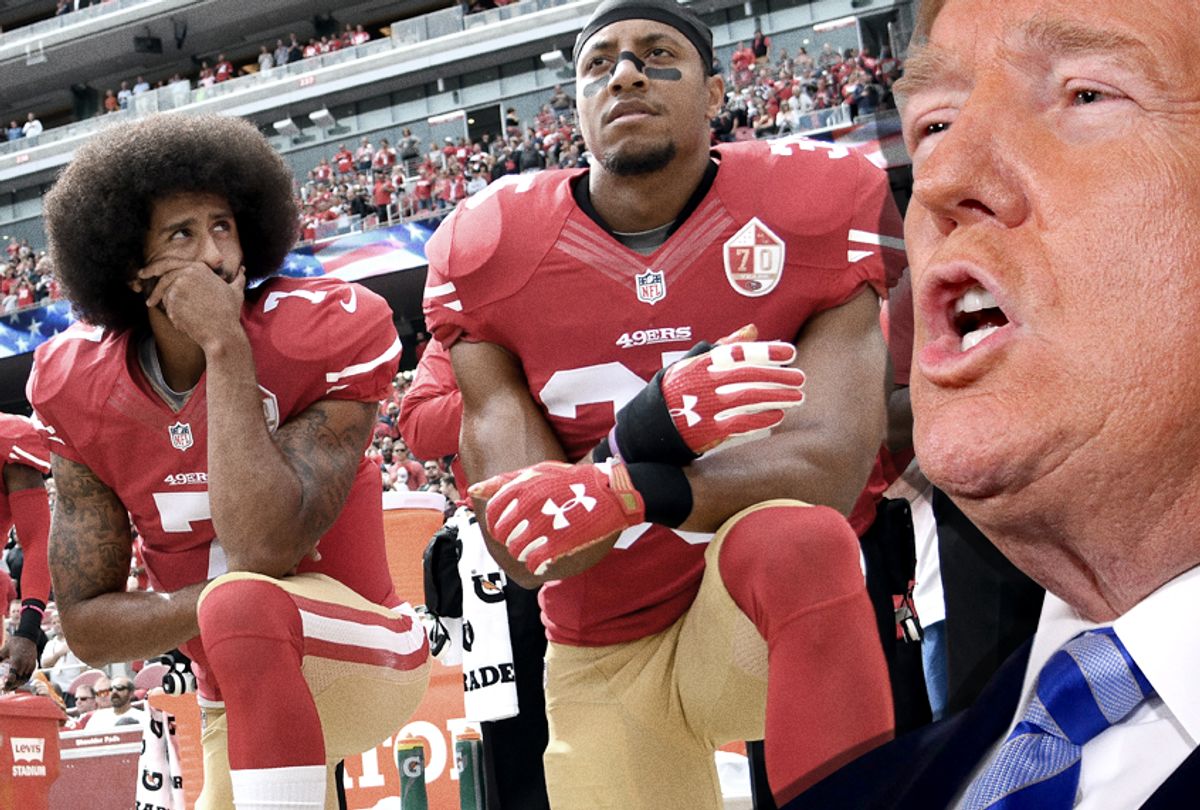 The league prohibited on-field protests against racism and police brutality, but Trump complained that owners will allow team personnel to remain in the locker room during the national anthem — and suggested that anyone who refused to stand should face deportation.

“When you give an inch to a bully, he’ll take a mile,” Charles said. “That’s just exactly what happens here with this president.”

Charles, an attorney and Essence magazine contributor, called out NFL owners for taking swift and unilateral action against players protesting social injustice — while dragging their feet on rape, domestic violence and player safety.

“Are you telling me, NFL, the idea of standing for the flag is far more important and far more significant to you than victims of domestic violence that your players have inflicted on women or the use of illicit drugs or accusations of rape?” Charles said. “So where are your priorities here?”

Then she reminded viewers that Trump threatened to use his executive powers to punish NFL owners, just as he has tried to harm Amazon owner Jeff Bezos for politically damaging reports in the newspaper that he owns.

“This is really all about money at the end of the day,” Charles said. “The NFL was, you know, losing viewership and there were issues as to whether or not the loss of viewership was the result of these protests. It’s important to remember here Donald Trump at one point tweeted, perhaps these NFL teams should be taxed more.”