Why we need to rethink how to teach the Holocaust

Millennials are struggling with their knowledge of the Holocaust. Why is our collective memory fragmenting? 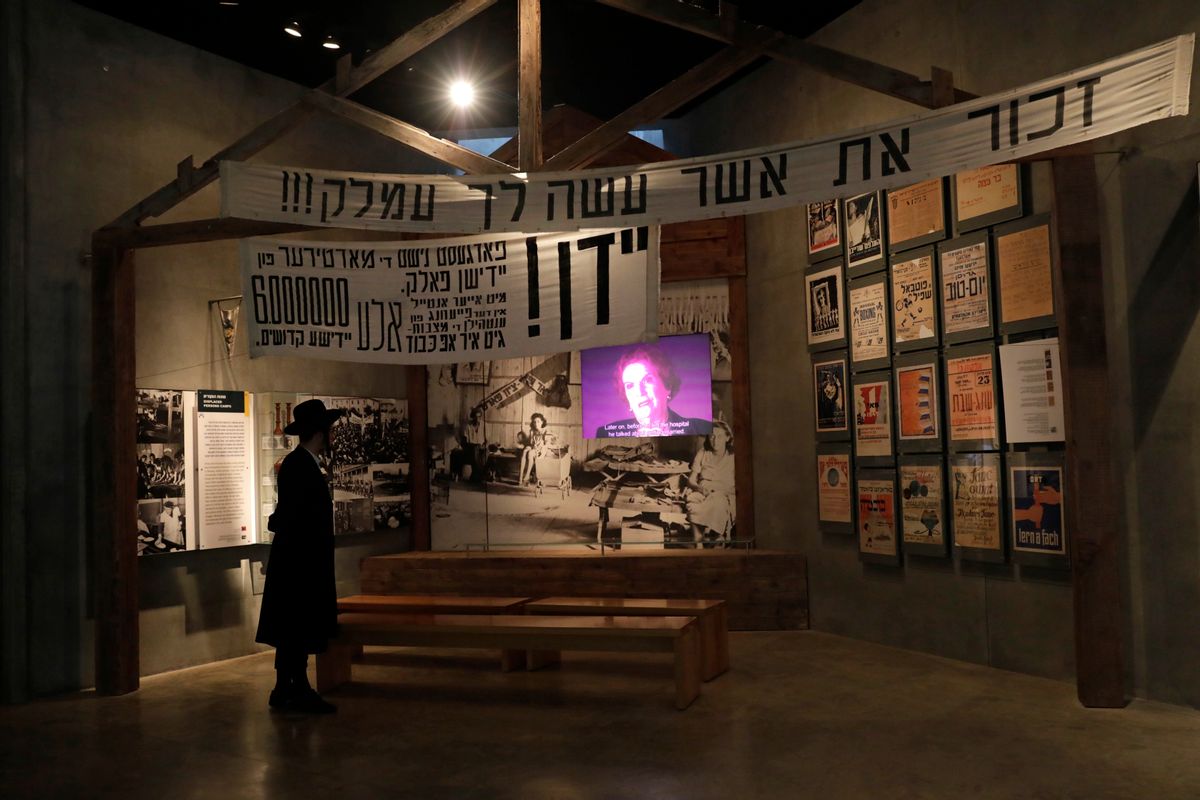 A visitor walks in the Yad Vashem Holocaust memorial, in Jerusalem, Thursday, Jan. 26, 2017. The United Nations designated Jan. 27 as International Holocaust Remembrance Day, commemorating the date of the liberation of the Auschwitz death camp in 1945. (AP Photo/Tsafrir Abayov) (AP)
--

A recent national survey reported that millennials are struggling with their knowledge of the Holocaust. The survey results show that 22 percent of millennials have not heard of, or are not sure if they have heard of the Holocaust, and that 66 percent could not identify Auschwitz.

As a scholar of Holocaust education and teacher education, I argue that knowledge of specific facts is only a small part of knowing about any historical event, including the Holocaust. A more important question to consider is: What do we want students to learn from the Holocaust, and given there are fewer and fewer survivors alive to tell their story, is there a need to rethink how it is taught?

Why learn about Holocaust?

History educator Sam Wineburg argues that history as a discipline has the unique capacity to humanize us. More specifically, scholars Keith Barton and Linda Levstik argue that history education can and should promote reasoned judgment, help students develop an expanded view of humanity, and encourage deliberation of the common good.

From this perspective, the most important rationale for Holocaust education would be to create a better society. Indeed, when studying the Holocaust learners need to grapple with complicated moral issues that blur the lines between right and wrong. It also challenges ideas about how individuals could (or should) act in society. In other words, the Holocaust provides lessons in human rights and human conduct.

It is not surprising that more state legislatures are now requiring Holocaust and genocide education as a way of dealing with the increase in hate crimes. Noting a spike in anti-Semitism, on May 7, 2018, the Connecticut House followed their Senate colleagues and voted unanimously to require Holocaust and genocide education in Connecticut schools. Kentucky also recently passed a Holocaust education law, increasing the total number of states with such requirements to 10.

Connecticut and Kentucky were among the 20 states last year whose lawmakers pledged to mandate Holocaust education in their states.

The changing context for Holocaust education

While for many states the position appears clear, for educators, it is not so simple. Teaching the Holocaust is an evolving and challenging context.

Holocaust survivors are the ones who provided the moral and political will to create many of the Holocaust museums and memorials that exist today. Many Holocaust education programs were designed in collaboration with survivors and rely on survivor testimony as a key element.

It is difficult to imagine a more powerful experience in Holocaust education than hearing from the people who survived. Interactions with survivors helps learners to personally connect to the Holocaust and develop empathy. The Holocaust, which may seem distant to many students today, becomes more real with eyewitness experiences.

The future of Holocaust education

This raises important dilemmas for teachers, curriculum developers and museum professionals about the future of Holocaust education. How do educators inform future generations? And how do they recreate the powerful empathetic moments?

Museums are taking the lead in adapting Holocaust education to a post-survivor world. One example is the Forever Project at the National Holocaust Centre and Museum in England, where staff are taking video of survivors in 3D and students can watch survivor testimony, and using the latest technology, ask questions and listen to answers.

The Shoah Foundation in the U.S. has a similar project working with Holocaust museums and using multidimensional video recordings of Holocaust survivors. The Anne Frank Center for Mutual Respect in New York is working on applying the lessons of the Holocaust to today, including its 50 State Genocide Education Project, which aims to encourage all 50 states to teach about the Holocaust and genocide with specific connections between events in the past and the present.

Holocaust education has the potential to encourage young people to think about how to improve humanity through individual and group actions. Its real test lies in how young people live out their daily lives. What happens, for example, when they see someone being bullied? How do they respond to a political leader whose words or policies promote stereotyping or hatred?

The effectiveness of Holocaust education is not one that we can readily measure, but it is more important than ever.