Summit with North Korea’s Kim Jong Un is back on, President Trump says

"We'll be meeting on June 12 in Singapore," the president told reporters at the White House 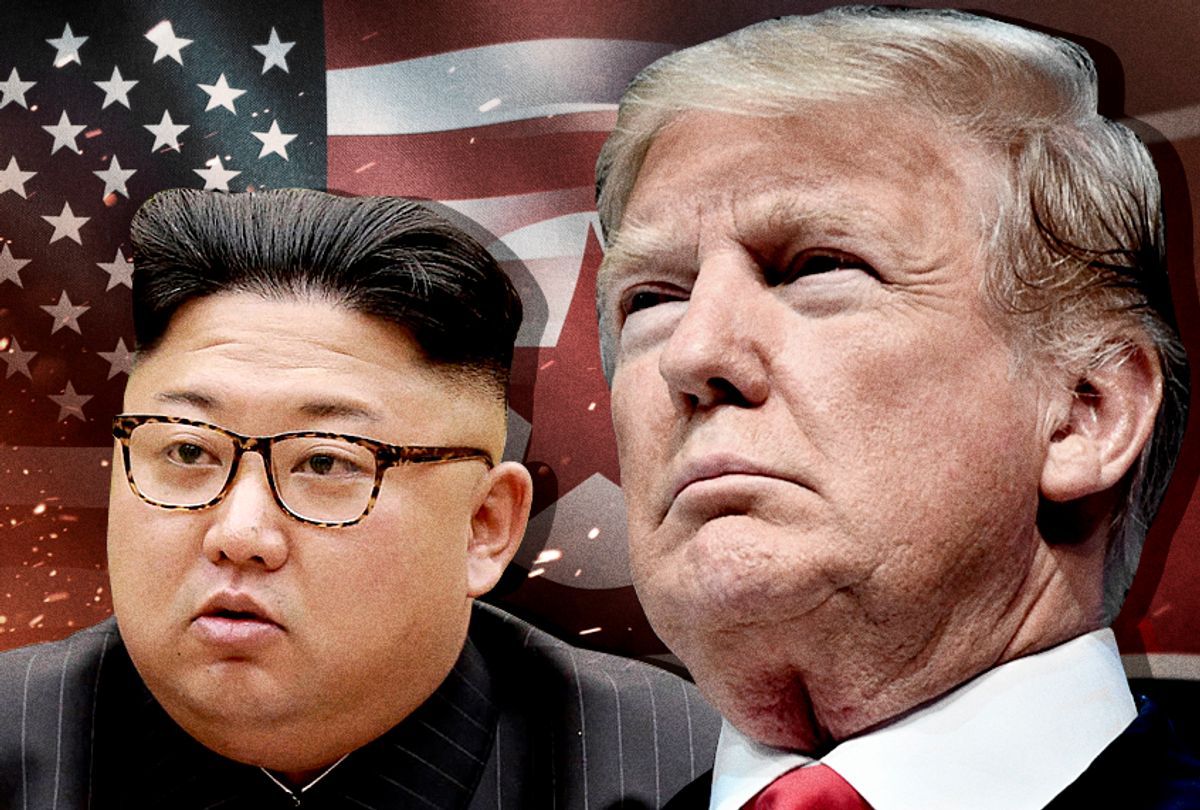 "We'll be meeting on June 12 in Singapore," the president told reporters at the White House. Trump also said the June summit could only be the beginning of talks; it may take more than one meeting to strike a deal.

"I don't see that happening," Trump said. "I told him, I think you could have probably [other summits]."

The top North Korean official met with Secretary of State Mike Pompeo Wednesday night and Thursday in New York, according to CBS News.

"It will take bold leadership from Chairman Kim Jong Un if we are able to seize this once-in-a-lifetime opportunity to change the course for the world," Pompeo said Thursday. "President Trump and I believe Chairman Kim is the kind of leader who can make those kinds of decisions and, that in the coming weeks and months, we will have the opportunity to test whether or not this is the case."

The news comes one week after the president abruptly called off the much-anticipated encounter.

In a letter to Kim dated May 24, 2018, the president announced that he would not attend the summit, citing the "tremendous anger and open hostility displayed in your most recent statement." Trump was referring to recent comments from a senior North Korean official, who described Vice President Mike Pence as "ignorant and stupid."

"We greatly appreciate your time, patience and effort," Trump wrote in an overly deferential letter, which referred to Kim as "His Excellency" and "Mr. Chairman."

Trump lamented the breakdown in talks, telling Kim, "I felt a wonderful dialogue was building up between you and me." The president concluded: "Some day, I look very much forward to meeting you."

The cancellation of the summit from the White House came hours after North Korea appeared to destroy at least three nuclear tunnels, observation buildings, a metal foundry and living quarters at its Punggye-ri nuclear test site in a process observed by invited international journalists, CNN reports.

"There was some talk about the Libya model," Pence told Fox News' Martha MacCallum last week. "As the president made clear, this will only end like the Libya model ended if Kim Jong Un doesn't make a deal."

North Korea threatened to postpone the talks earlier last week when Kim Kye Gwan, a vice foreign minister of North Korea, warned that his country could call off the meeting if the U.S. demanded "unilateral nuclear abandonment." The official rejected the Trump administration's demand that it quickly abandon its nuclear program as Libya had done 15 years ago, singling out John R. Bolton, Trump's new national security adviser, for condemnation.

For their part, the South Koreans appeared to have been left in a lurch. South Korea’s Yonhap News Agency quoted a presidential office spokesman as saying they “are trying to figure out what President Trump’s intention is and the exact meaning of it," according to the Associated Press.