Just in time for summer driving season, a Twitter war over the spike at the pump

This summer gas prices will be the highest they've been in nearly five years, and you're still driving that tank 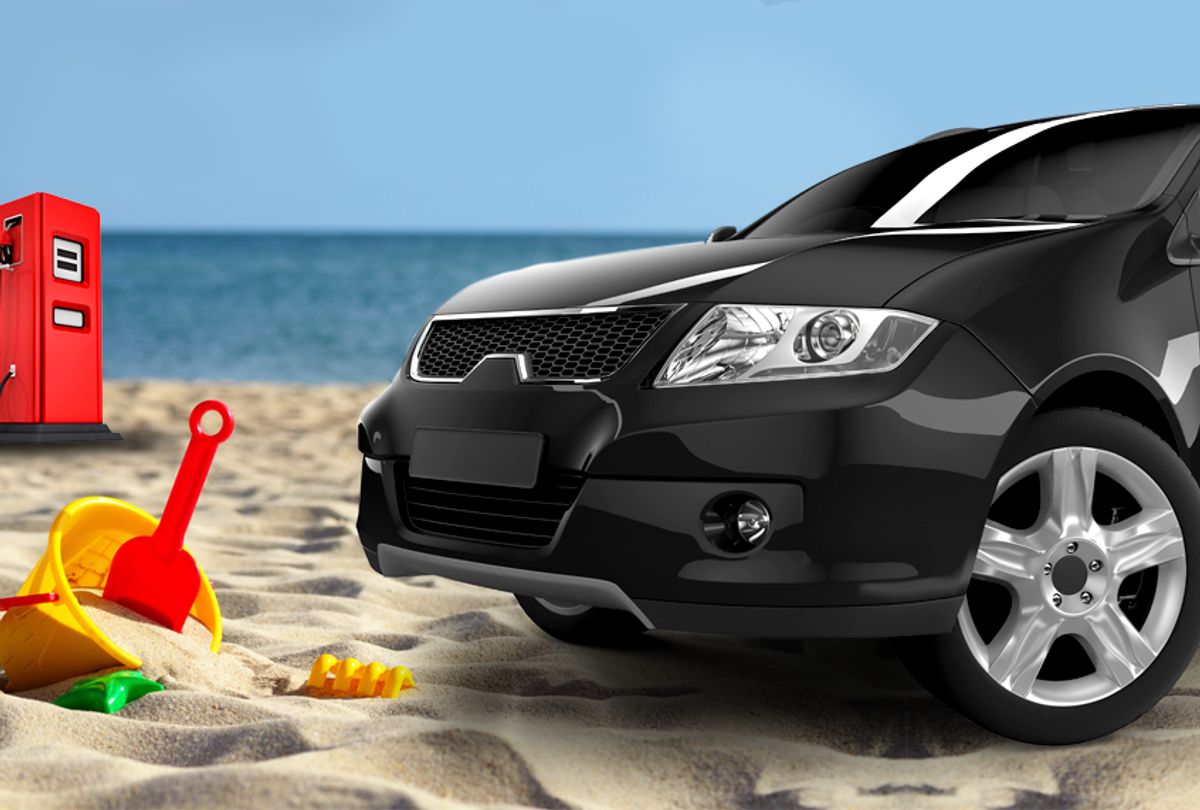 A joke bouncing around Twitter these days is that U.S. gasoline prices are starting to resemble good GPAs. As the 2018 summer driving season begins, many Americans are seeing prices hitting as much as an A-minus average of $3.73 for a gallon of unleaded regular, according to gas-price tracker AAA. If current trends continue, many drivers could soon be paying valedictorian prices topping $4.

That’s a steep increase in a short period of time. Just two years ago, most U.S. drivers were enjoying a C-minus cost of $2 or less per gallon.

But there’s nothing new about such a swing. Gasoline prices have historically ebbed and flowed thanks to myriad global factors. On top of that, the Great Recession of 2007-09 and the U.S. shale boom from new (and controversial) oil and natural gas extraction hydraulic fracturing technologies have caused wild swings in gasoline prices over the past decade, from as much as $4.05 per gallon to as little as $1.63, according to official data.

Now that the gasoline-price pendulum is swinging back against the consumer, complaints over high gasoline prices are flaring, and the economic impact is real. According to Morgan Stanley, U.S. households could fork out an additional $38 billion this year to fill up their tanks. Politicians have taken notice, and they’re using rising pump prices as populist political foils.

But it’s hard to ignore how much consumers themselves are to blame.

Americans have long adored larger, heavier SUVs and trucks. Market data shows this embrace of gas-thirsty behemoths hasn’t waned, at all. Sales of smaller, more fuel-efficient cars and sedans plunged in the U.S. last year by as much as 20 percent while SUV and truck sales grew by as much as 15 percent, according to auto industry researcher Kelley Blue Book.

This U.S. preference for bigger, heavier cars has been so profound that Ford made an unprecedented decision in April to eliminate nearly all of its passenger cars in North America. (It will still offer its Mustang muscle car and an upcoming Focus hatchback.)

If you want to see just how foolish it is to ignore fuel economy standards (assuming gas prices are important to you), then just look at the swing in oil and gasoline prices in recent years. The price of a barrel of crude over time is a much better indication of how much you will pay or save than just looking at the price at your neighborhood gas station on your way to the car dealership.

U.S. drivers were paying a record average of more than $4 a gallon for regular unleaded gasoline in the summer of 2008. At the same time, benchmark oil prices shattered historical records at nearly $150 per barrel.

But then the Great Recession of 2007-09 wiped out millions of U.S. jobs along with a huge share of global demand for oil, subsequently pummeling the price at the pump. By the start of 2009, the average national price for a gallon of unleaded regular had dropped by more than half, to $1.78, while the price of a barrel of crude fell from nearly $150 to about $50.

Then, from 2009 to 2014, oil prices rebounded from about $50 to over $100 a barrel, pushing up gasoline prices to over $3.50 a gallon on average. Rising oil prices encouraged U.S. hydraulic fracturing firms to amp up production to such a degree that by late 2015, the frackers had helped hammer oil prices back down to a 15-year-low of less than $30 a barrel, once again pushing gasoline prices below $2 a gallon.

Prices have gradually increased since then, thanks to many factors, including improving U.S. economic conditions, a rise in the number of active U.S. drilling rigs that have come back online as crude prices rise, and bullish speculation about the impact of U.S. sanctions on Iran, a major oil producer.

Higher gasoline prices may be bad for consumers, but they tend to be good for improving the overall fuel economy of the cars, trucks and SUVs on U.S. roads.

The U.S. consumer mentality behind car buying can be flummoxing. Americans will purchase vehicles with lower fuel economy if gasoline prices are low at the time they make the purchase. They tend to ignore what happens to their transportation budgets when gasoline prices double later on.

As the summer car diving season of 2018 commences, drivers are about to spend more than they have in years to fill up their tanks. And if you’re one of those car buyers who took fuel economy standards seriously when gas prices were low, congratulations: You’ve earned the right to feel smug about that as you drive your gas-electric hybrid past that giant SUV on the interstate.