Big envelope, big news: On-again, off-again summit with North Korean dictator is back on — at least for now 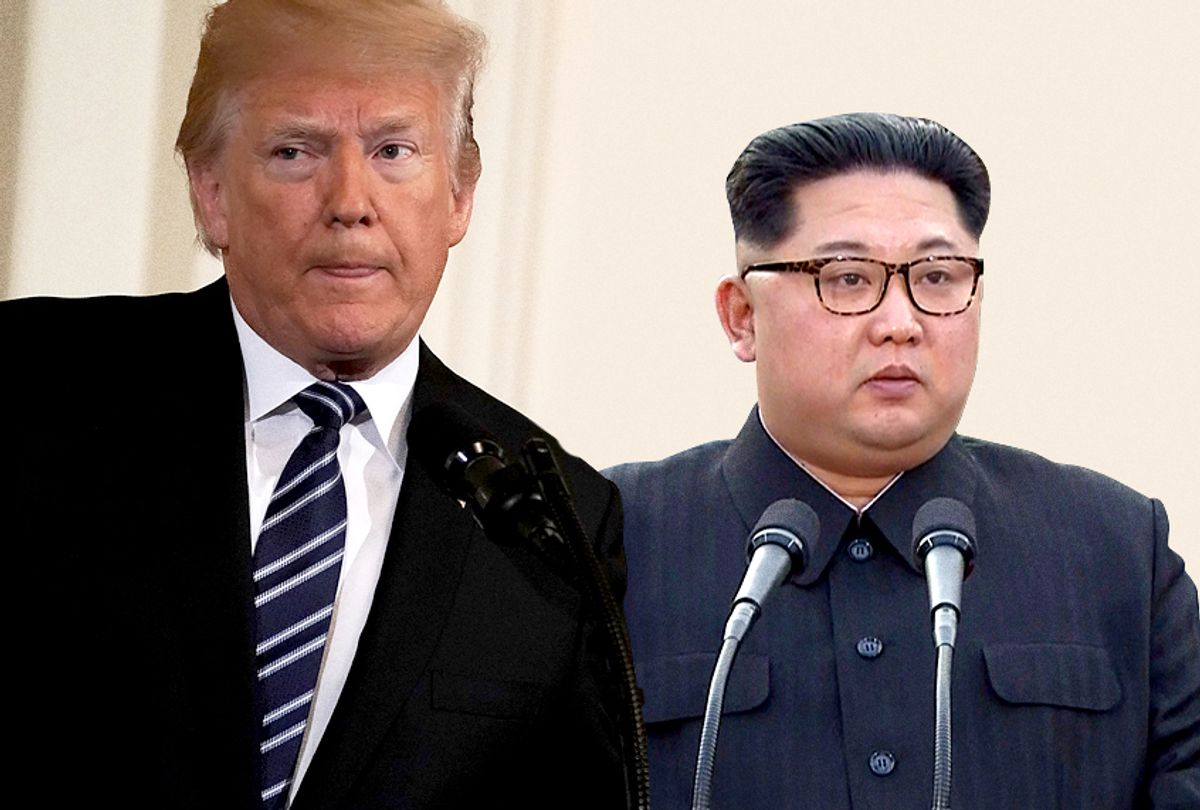 President Donald Trump received a big letter from North Korean Supreme Leader Kim Jong-un on Friday — and describing the letter as "big" is, on this occasion, the literal truth.

Check out this revealing tweet from the White House Director of Social Media, Dan Scavino.

The comically large envelope was hand-delivered to Trump by senior North Korean official Kim Yong-chol on Friday, according to CNN. It reportedly contained a letter personally written by Kim Jong-un to Trump, and although its contents are unknown, the size of the packaging was in itself remarkable. Trump told reporters after his meeting with Kim Yong-chol that he had not yet read the letter, although the White House told reporters that he did so later. Either way, Trump announced that the previously cancelled June 12 summit with Kim Jong-un in Singapore has now been revived.

Before being delivered to the president, the letter was "carefully examined" by the Secret Service in order to make sure it contained nothing which was threatening to the president's physical safety.

Naturally, Twitter users began speculating that the size of the envelope was meant to send a message about the allegedly diminutive size of the president's hands.

Although Trump has reinstated the summit with Kim Jong-un, he made a point of lowering expectations for that event during a series of remarks outside the South Portico of the White House on Friday, according to the Washington Post.

"I never said it goes in one meeting. I think it’s going to be a process. But the relationships are building, and that’s a very positive thing," Trump told reporters after taking photographs with Kim Yong-chol and Secretary of State Mike Pompeo. He added that he conceived of the summit as a "getting-to-know-you meeting-plus" but that he remained optimistic.

"You’re talking about years of hostility; years of problems; years of, really, hatred between so many different nations. But I think you’re going to have a very positive result in the end. Not from one meeting," Trump told reporters.

Trump also expressed hope that North Korea would agree to denuclearize, although he didn't anticipate that that would happen after one meeting.

"I told them, 'I think that you’re going to have, probably, others.' Hey, wouldn’t it be wonderful if we walked out and everything was settled all of a sudden from sitting down for a couple of hours? No, I don’t see that happening. But I see over a period of time," Trump told reporters.

Not everyone in Trump's Republican Party shares the president's enthusiasm for the upcoming summit. Senate Majority Leader Mitch McConnell told the Greater Louisville Inc. Congressional Summit on Friday that Trump needs to be careful lest he be taken advantage of, citing the Iran nuclear deal struck by President Barack Obama as the type of foreign policy agreement that Trump needs to avoid, according to Politico.

"You have to not want the deal too much. If you fall in love with the deal, and it’s too important for you to get it, and the details become less significant, you could get snookered," McConnell told the audience.

If the meeting between Donald Trump and Kim Jong-un takes place, it will mark the first time that a sitting United States president has legitimized a North Korean leader of that country by treating him as an equal. Of course, as this recent report from the Washington Post reveals, that doesn't mean that North Korea is above making requests which a true superpower would find to be embarrassing.

But a particularly awkward logistical issue remains unresolved, according to two people familiar with the talks. Who’s going to pay for Kim Jong Un’s hotel stay?

The prideful but cash-poor pariah state requires that a foreign country foot the bill at its preferred lodging: the Fullerton, a magnificent neoclassical hotel near the mouth of the Singapore River, where just one presidential suite costs more than $6,000 per night.

The mundane but diplomatically fraught billing issue is just one of numerous logistical concerns being hammered out between two teams led by White House Deputy Chief of Staff Joe Hagin and Kim’s de facto chief of staff, Kim Chang Son, as they strive toward a June 12 meeting.

Could the Trump summit with North Korea lead to a nuclear war?