"Solo" is officially a flop — what does that mean for the future of "Star Wars"? 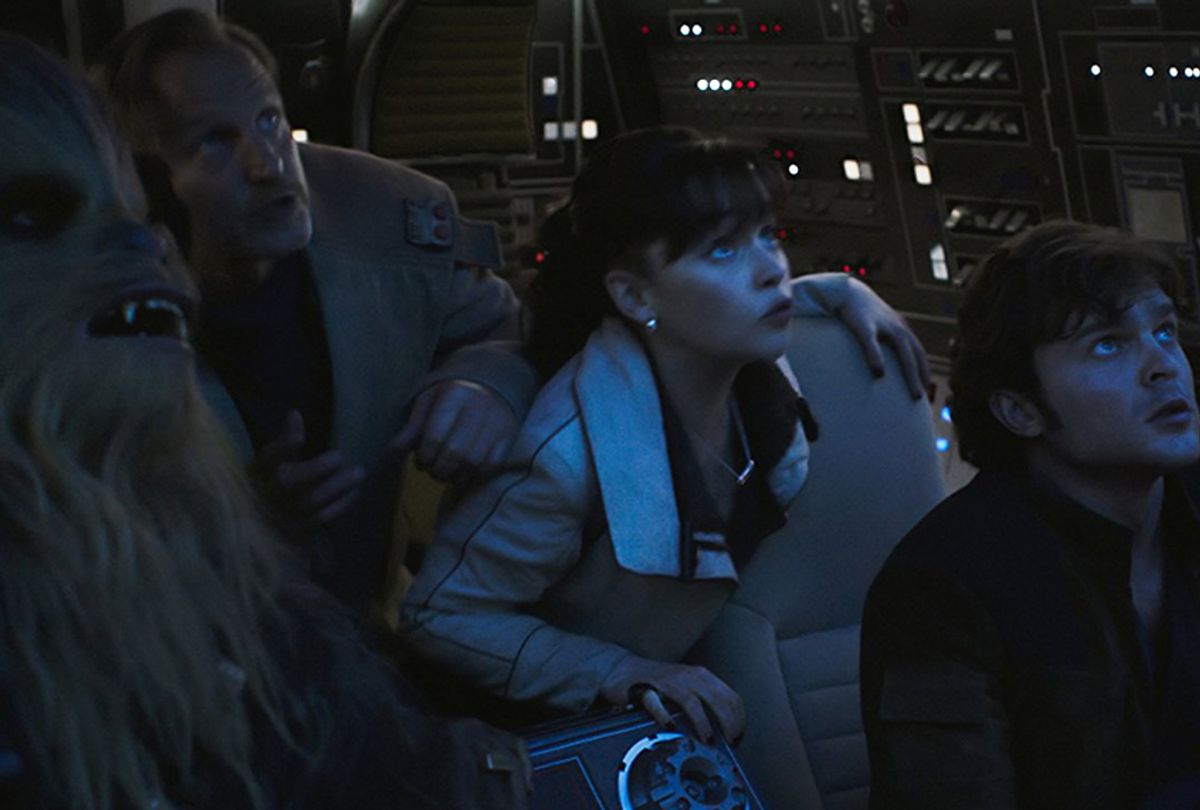 What once seemed impossible is now a reality: A "Star Wars" movie has flopped at the box office.

The venerable franchise, which managed to remain lucrative even after its good name was sullied by the infamous prequels, has struck out thanks to "Solo: A Star Wars Story," which is projected to gross between $28 million and $29 million this weekend, according to The Hollywood Reporter. Considering that "Solo" only grossed $103 million over the long Memorial Day weekend and is expected to have grossed just under $150 million total by Sunday, this means that the film will have earned less in its first 10 days than "Rogue One: A Star Wars Story" grossed during its debut ($155 million).

As a consequence, the latest "Star Wars" movie could wind up failing to break even in theaters, as Hannah Shaw-Williams of Screen Rant explained on Saturday:

Studios tend to be very secretive about the costs of marketing and distribution, and Disney is no exception, but the general rule of thumb is that in order to break even a movie needs to gross double its production budget at the box office - in "Solo's" case, at least $500 million. There may be some wiggle room in the fact that the budget was bigger than originally planned, and "Solo" was marketed more like a $125 million movie than a $250 million movie, but realistically it's unlikely to turn a profit at the box office.

As Scott Mendelson of Forbes explained, though, the underperformance of this particular film could wind up being healthy for the "Star Wars" franchise:

If you treat "Solo" like "The Incredible Hulk" (Marvel’s first and only flop) and "The Good Dinosaur"/"Cars 3" (Pixar’s only flops), what does that mean? Well, you might see big studios striking out for the first time via films that, while relatively okay or good, represent a certain cynical or safe approach to their respective brands. When big studios hit it big for being risky and take hits for playing it safe, moviegoers win in the long run.

"Solo" had a controversial reputation even before it reached theaters. The original directors, Phil Lord and Chris Miller, were fired near the end of production and replaced with Ron Howard, who completed the filming and did reshoots, according to The Hollywood Reporter. There were also rumors that star Alden Ehrenreich needed an acting coach to better channel the spirit of Harrison Ford's Han Solo, although Ehrenreich later told Esquire that writer- director Maggie Kiley had only been "part of conversations that happened for a couple weeks at one point, but that was basically it."

While there are a number of possible explanations for the fact that "Solo" bombed — ranging from the decision to release it less than a year after the previous "Star Wars" film ("Star Wars: The Last Jedi") to the rumors surrounding its production to a marketing campaign that did it no favors — the one point that seems clear is that the movie's poor box office results puts a new burden on Disney as it moves forward with the franchise. If 2019's "Star Wars: Episode IX" is a hit and the next stand-alone "Star Wars" movie is also a financial success, the debacle with "Solo" can be dismissed as an anomaly. On the other hand, if the next two "Star Wars" movies underperform as well, it may be time to wonder whether audience interest has waned in the series — or, at the very least, if the executives in charge of running it at Disney are up to the job.

The "Star Wars" franchise is also not in a position where it can afford to take too many hits to its reputation. As I explained in my review, the prequels are widely regarded as being subpar and "Star Wars: The Last Jedi" alienated a lot of fans with how it handled the character arc of Luke Skywalker, one of the series' most iconic characters. With "Solo" now in the same problematic category, the very future of the franchise appears to be at stake.