Coming out to nieces and nephews: How to talk to kids about LGBTQ family members 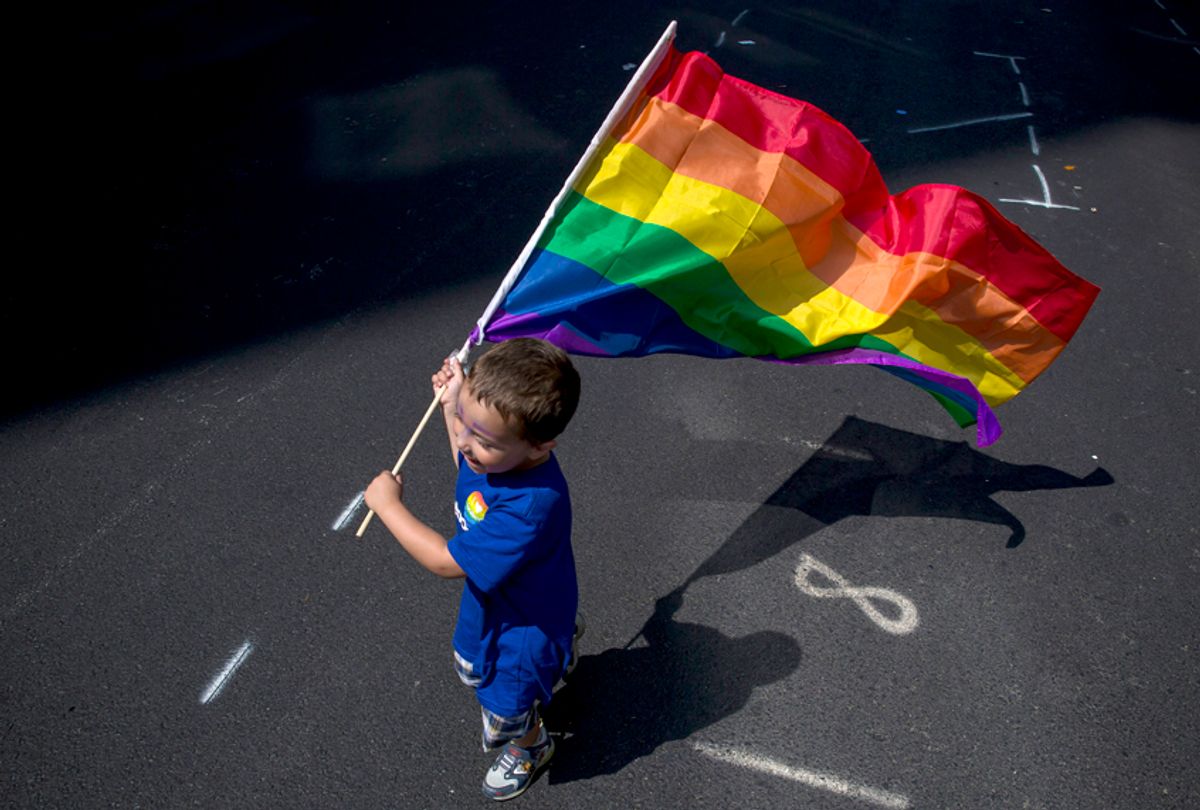 The concept for "Rainbow Relatives" was born when author Sudi "Rick" Karatas asked his sister if her children knew about his (their uncle's) sexual orientation. She said they didn't, as she hadn't been sure how to approach the topic and wished there was a book she could read to help her have those conversations. So, Sudi wrote that book. He hopes "Rainbow Relatives" will make readers more accepting of all people and families, especially in the LGBTQ+ community.

When my nephew was thirteen years old, his Christmas wish list included the movie "I Now Pronounce You Chuck and Larry," a movie about two men pretending to be gay and getting married for health-care benefits. He was already an Adam Sandler fan and thought the premise of the movie sounded pretty funny. At the time, I wondered if he might be too young for a movie with that subject matter and thought perhaps it was better if he didn’t see it. (Okay, so maybe I thought he shouldn’t see it because it had a ridiculous plot.) But I was also concerned because I had no idea if my nephew knew his uncle is what Chuck and Larry were pretending to be. I decided not to buy it for him, but someone else bought him the movie anyway.

As I did research for my book, I realized not only was my nephew old enough to watch a film with a gay theme, but that younger is probably better for children to be introduced to people who are different in a few ways yet the same in so many others.

The consensus of the people I interviewed was that it’s easier to be more accepting at an earlier age before kids are exposed to outside influences that may lead to forming negative beliefs or homophobia.

I’m not saying it’s a good idea to throw in "Brokeback Mountain" or "Queer as Folk" between episodes of "Sesame Street" but by the time kids get to elementary school, they should not equate gay people with aliens from outer space. The more they know, the less of a big deal it seems—and it really isn’t a big deal at all. The more it’s kept a secret and not talked about, the more taboo, wrong, and shameful it may seem and the bigger the issue becomes.

Many gay people I spoke to were like me in that they simply weren’t sure if their nieces or nephews knew. Many people don’t live near their families, or they don’t have a boyfriend or girlfriend around enough in their daily lives, so the kids didn’t have the chance to put it together on their own. However, in some families, the subject just wasn’t tackled or talked about.

To Tell or Not to Tell, That Is the Question

Every family and situation is different. Questions that often arise include: Who gets to decide when a child should know? What if the parents don’t want their kids to know about their aunt or uncle yet, but the aunt or uncle wants their nieces and nephews to know? Should the aunt or uncle have to hide who they are or pretend that they’re someone other than themselves? What if they have a significant other whom they would like to bring to family gatherings just like everyone else?

One person I interviewed at the Los Angeles Gay Pride Parade put it simply: “When children see two people in a loving relationship, it’s not really talked about. They just see that this couple love[s] each other, and as they get older they just understand. They are not told unless they ask. So it’s more of a coming to know. They just see a relative with someone else in a relationship of the same gender, and they kind of just get it.”

I interviewed one person who had a nephew who was nine years old. He said to his uncle, “I hope you find someone to love like Aunt Barbara has.” Aunt Barbara had a female lover. The kid figured it out by himself. He had never been told his uncle was gay, but somehow he knew.

Avoiding the discussion of gay issues with children can end up harming everyone involved. Silence isn’t going to change someone’s sexual orientation or make it go away; it only makes it seem wrong or shameful. It’s a matter of not just letting kids know about LGBTQ relatives, but also making sure their questions and concerns continue to be addressed. It’s likely that children will hear some classmates make negative comments about LGBTQ people, or they’ll see prejudice on TV or social media. They may see news coverage of many states trying to pass anti- LGBTQ laws, like those allowing someone to deny service to an LGBTQ person if it’s against their religious beliefs. In fact, in February of 2014, Arizona did pass a law of this nature, but the governor later vetoed it.

A lot has changed even in the past few years I’ve spent writing Rainbow Relatives. While it’s certainly becoming easier to be out or openly gay in today’s world, conflicting messages are still being put out there as debates over gay rights continue to ignite salacious talk in the media.

Questions and Answers on Coming Out to Nieces and Nephews

Much of the research for my book came from surveys I asked a number of people to fill out. In many of them, on the subject of when and how to tell children about their relatives’ sexual orientation, the adults indicated they were nervous about how the kids would react, while most of the kids indicated that the news didn’t bother them at all. The following are some of the questions and answers taken from the surveys to give you a feel for the basis of my research.

Do your nieces and nephews know you are gay? If yes, how old were they when they were told or found out? How were they told? How did they react? If they have not been told, why not?

What were some questions they asked, and how were they answered? Did boys react differently than girls? How?

How old do you think children should be when they are told?