Get sugary drinks out of hospitals 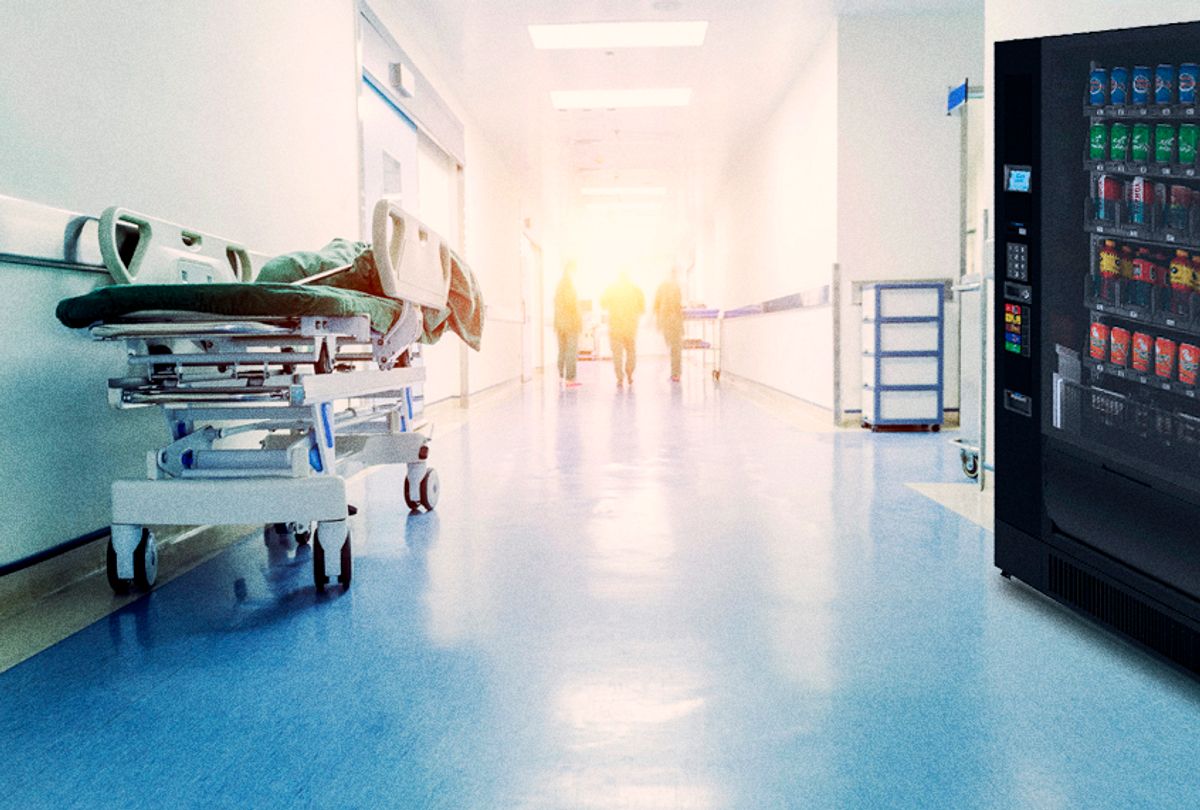 Imagine you're going into surgery.

You are under strict doctor's orders to avoid solids. But you're drinking plenty of clear liquids like juice, Gatorade and Sprite until a few hours before the surgery. And you're looking forward to the chocolate "protein shake" that the nurses have promised as a meal replacement after the procedure.

You may be hungry, of course, but you're hopeful that all this liquid will help your health. But then you do some quick math and realize that you're on track to consume 30 teaspoons of sugar between now and when you finish the shake. The World Health Organization recommends no more than 6 teaspoons of sugar per day for healthy people.

Physicians know that excessive sugar consumption leads to a host of ailments. Yet today's hospitals are veritable sugar shacks.

Our bodies weren't designed to process copious amounts of sugar. Excess sugar causes our pancreases to produce excess insulin, which disrupts our metabolisms and causes our bodies to store its extra energy as body fat.

Unsurprisingly, then, sugar consumption is one of the top drivers of America's obesity epidemic, which accounts for nearly one in five U.S. deaths. Excess sugar consumption also increases the risk of developing diabetes and heart disease. Folks who drink one or more sugary beverages per day are 26 percent more likely to develop diabetes than those who have one or fewer drinks per month.

Excess insulin also causes inflammation. And researchers have even linked sugar to certain cancers. One study of over 60,000 women showed that women who consumed excessive sugar were more likely to develop uterine cancer.

It is unfortunate that most hospitals continue to foist so much sugar on patients.

Consider the "protein shakes" given to people recovering from surgery or illness. They're loaded with added sugars like corn syrup and commercially refined oils.

For example, each serving of Ensure's "Original Milk Chocolate Nutrition Shake" has 33 grams of carbohydrates -- i.e., sugar -- while just 9 grams of protein. By contrast, a serving of chicken drumsticks contain nearly 30 percent more protein. Another "protein shake," Boost's "Chocolate Sensation," has just 10 grams of protein and 41 grams of carbohydrates. That's more than a can of Coca Cola. Although there is some milk sugar in these products, the majority of the carbohydrates come from added sugars.

Patients are also encouraged to consume Gatorade to get electrolytes. But just 32 ounces of Gatorade contains 56 grams of sugar -- double what the World Health Organization recommends per day. Hospital websites often assure patients that it's okay to drink clear sodas like Sprite until two hours before an operation.

In most hospitals, patients can choose from a smorgasbord of sugar. Vending machines are packed with candy and soda -- and cafeterias serve dessert, juice and soda with most meals. One in five U.S. hospitals even houses a fast-food restaurant like McDonald's or Wendy's!

Medical establishments must do better. That's why, for years, I've advocated for my hospital -- West Virginia's Jefferson Medical Center (JMC) -- to remove all sugary drinks from its vending machines and cafeterias. We just did so.

We've also pursued other measures to boost patient health. JMC is one of the first hospitals in the country to offer low-carb meals to its diabetic patients. That's hugely important for their health. Recent studies reveal that a carb-restricted diet can slash long-term blood sugar levels for diabetics.

JMC offers handbooks, videos, and recipes to help discharged patients adopt and stick to well-balanced, low-sugar diets. In West Virginia -- currently the most obese state in the nation -- efforts like these are critical.

Other hospitals are stepping up as well. In 2012, the Connecticut Mental Health Center began a "Sound Mind Sound Body" Initiative to improve the health of hospital employees and patients. Now, patient meals only include water, coffee, tea, milk and sugar-free juice. Geisinger Health Systems in Pennsylvania went sugar free for beverages in January of this year. And other hospitals are swapping sugary protein shakes for sugar-free yogurt, which is full of protein, healthy fats and "good bacteria" that aids digestion.

Hospitals have a duty to make people healthy. They can start fulfilling that mission by banning sugary drinks.

Mark Cucuzzella, MD, FAAFP is a professor at West Virginia University School of Medicine's Center for Diabetes and Metabolic Health.