We have the technology to monitor problem cops in real time. Why aren't we using it? 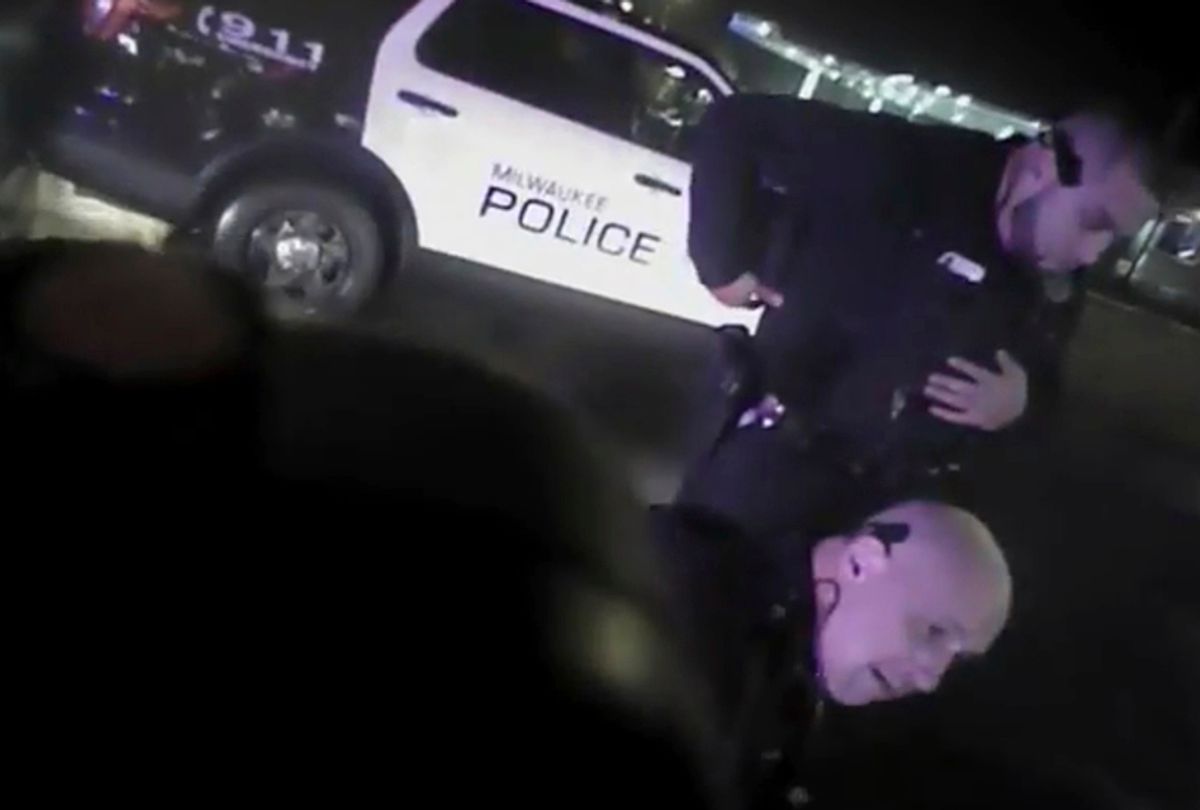 In January, Milwaukee police officers shot Bucks star Sterling Brown with a stun gun in a Walgreens parking lot and arrested him. The crime? He parked in a handicap space late at night. Six months later, the police department finally released the bodycam footage from that night, and it is as off-putting as you would probably imagine.

Brown and the officers can be heard having an uneasy exchange. About eight minutes into the video, you can hear the officer yell, “Take your hands out of your pockets now!”

Brown refused, stating, “I’ve got stuff in my hands.”

The video shows an officer standing on Brown’s ankle after he was tased, in custody and on the ground. When Brown asked why, the officer responded, “So you don’t kick us.”

After the officers realized who Brown was, another officer can be heard saying that if he decides to make any type of complaint, it will be a “media firestorm.”

“And then any little f**king thing that goes wrong is going to be, ‘Oh, the Milwaukee Police Department is all racist . . . blah, blah, blah,’” the officer continued.

Brown was booked and given a $200 ticket. They lobbied for Brown to be charged with obstructing an officer, but that claim was denied after the bodycam footage was reviewed.

Milwaukee Police Chief Alfonso Morales apologized to Brown on May 23 and stated at a news conference, "I am sorry this incident escalated to this level.”

“The department conducted an investigation into the incident, which revealed members acted inappropriately and those members were recently disciplined.”

The mayor of Milwaukee, Tom Barrett, chimed in, stating that “this type of behavior, whether it’s toward a professional athlete or any other citizen, has no place in our city.”

Milwaukee has had a troubled history with racist police officers treating its black residents unfairly. In the last two years alone, the city has forked out over $7 million in misconduct settlements due to their inappropriate behavior.

Brown released his own statement: "What should have been a simple parking ticket turned into an attempt at police intimidation, followed by the unlawful use of physical force, including being handcuffed and tased, and then unlawfully booked. This experience with the Milwaukee Police Department has forced me to stand up and tell my story so that I can help prevent these injustices from happening in the future."

Mayor Barrett is right — no one deserves to be treated in that manner­­. But that’s the harsh reality of citizens all over the country. We tell our elected officials how poorly police officers conduct themselves over and over, yet we never get their full attention until video footage comes to light and the world sees how dirty many officers really are. Then official statements full of apologies follow; however, it often seems as though the apologies are not authentic and have more to do with dirty cops being caught than true remorse from the department.

And what does being reprimanded or being “disciplined" really mean for cops who just go back on the street and do it again?

In districts all over the country, there's no transparency. We don’t know what happens to officers who are caught being evil or racist on camera — one can only assume they get assigned desk work, maybe, which is neither remedy nor fair punishment. A department that allows a racist cop to keep working is like an airline keeping a pilot on who has crashed numerous planes­, because that racist can ruin someone’s life just as quickly.

One would think that bodycams would force the system to change. However, our systems are not doing a good enough job at using the cameras as a tool to ensure fairness and accountability.

Here's what police departments should be doing with their technology instead:

The sad truth is that bodycam scandals will continue to happen because police officers aren’t scared of them. Cops can cut them off or withhold the footage for months, and they have a mighty infrastructure supporting them and making excuses for their poor actions.

I’m happy that Sterling Brown will probably be compensated for his poor treatment and receive justice. He’s a millionaire with a platform, so America is paying attention. Now what about the rest of us?