Where is Melania? John Oliver has a theory

The First Lady has been out of the public eye for 24 days and counting. Has she run off to North Korea? 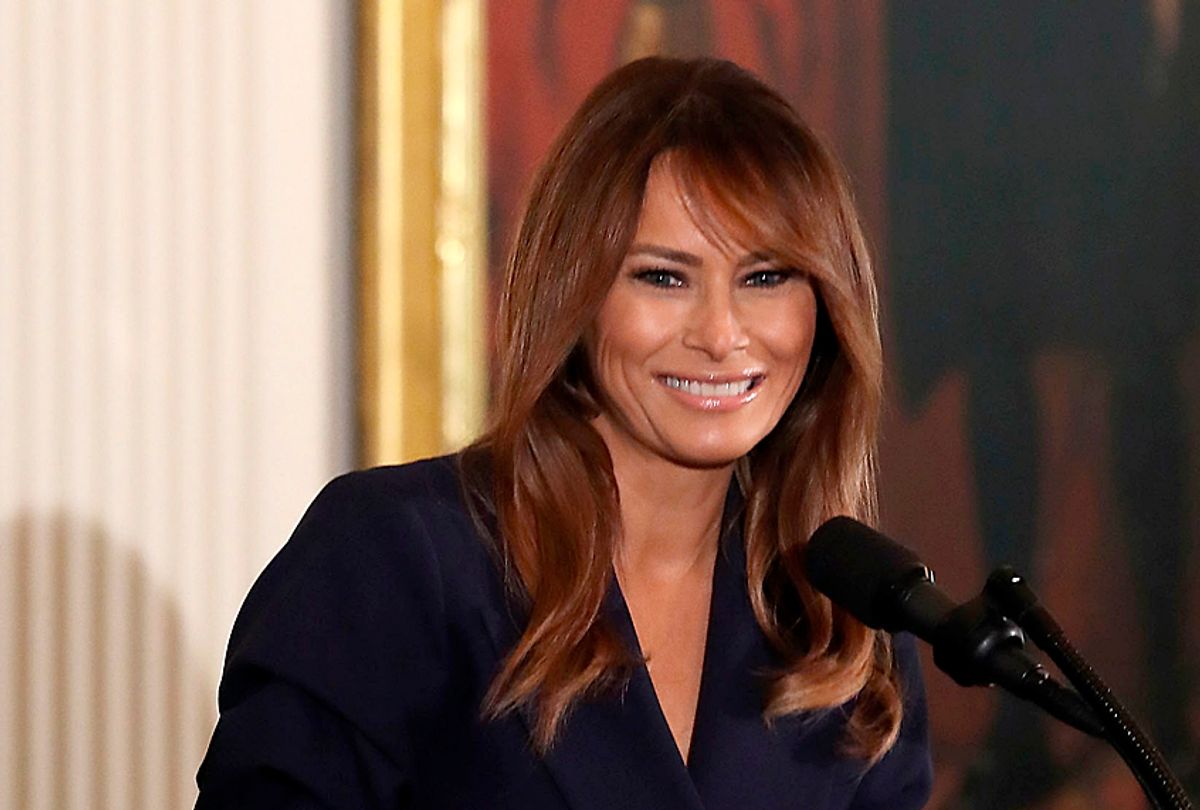 First Lady Melania Trump has been mysteriously absent from the public. She hasn't attended a public event in almost a month, and now, her spokesperson told ABC News that Melania will not accompany President Donald Trump to Quebec for the G7 meeting nor to Singapore for the historic North Korea summit on June 12. Her spokesperson did not specify why, even though Melania joined the president during last year's G7 trip to Italy.

On social media, a #WheresMelania hashtag has gone viral. People have speculated that Melania's absence is connected to tensions with the president, or recovery from plastic surgery or other health-related issues. She did spend five days in the hospital last month for what the White House said was a benign kidney condition. But she hasn't been seen in public since her return to the White House. She did not join her family — including the president, Tiffany, Don. Jr., Ivanka and Jared Kushner — at Camp David this weekend.

But John Oliver has a different explanation. On Sunday's episode of "Last Week Tonight," the host opened his show by diving into the oversized letter given to Trump by North Korean envoy Kim Yong Chol last week. It was a signal from Kim Jong Un that the summit was back on.

After Trump backpedaled to the press, first taunting the content of the letter, saying "it was a very interesting letter" and even asking for bids to reveal what was inside — eight minutes later, he admitted he hadn't actually read it. "I may be in for a big surprise, folks!" Trump told the press.

"Yeah, you might though!" Oliver said. "Because you just agreed to a summit without reading the contents of the letter that supposedly convinced you to do it."

But alas, Melania is expected to make an appearance at a White House event Monday evening to honor Gold Star families, according to CNN — an event that is not open to the press. Has Melania resurfaced if no one actually sees her? Regardless, it will be her first official event back on the scene since May 10.

Given all the rumors about her 24-day absence, Melania took to Twitter to vaguely set the record straight. "I see the media is working overtime speculating where I am & what I'm doing," she wrote on May 30. "Rest assured, I'm here at the @WhiteHouse w my family, feeling great, & working hard on behalf of children & the American people!"

However, Melania's spokesperson assured ABC News that all is well. "She's been involved in several internal meetings with staff all last week, and that continues this week," she said. "We've been going over initiatives and other long-term planning for events such as the congressional picnic and Fourth of July."