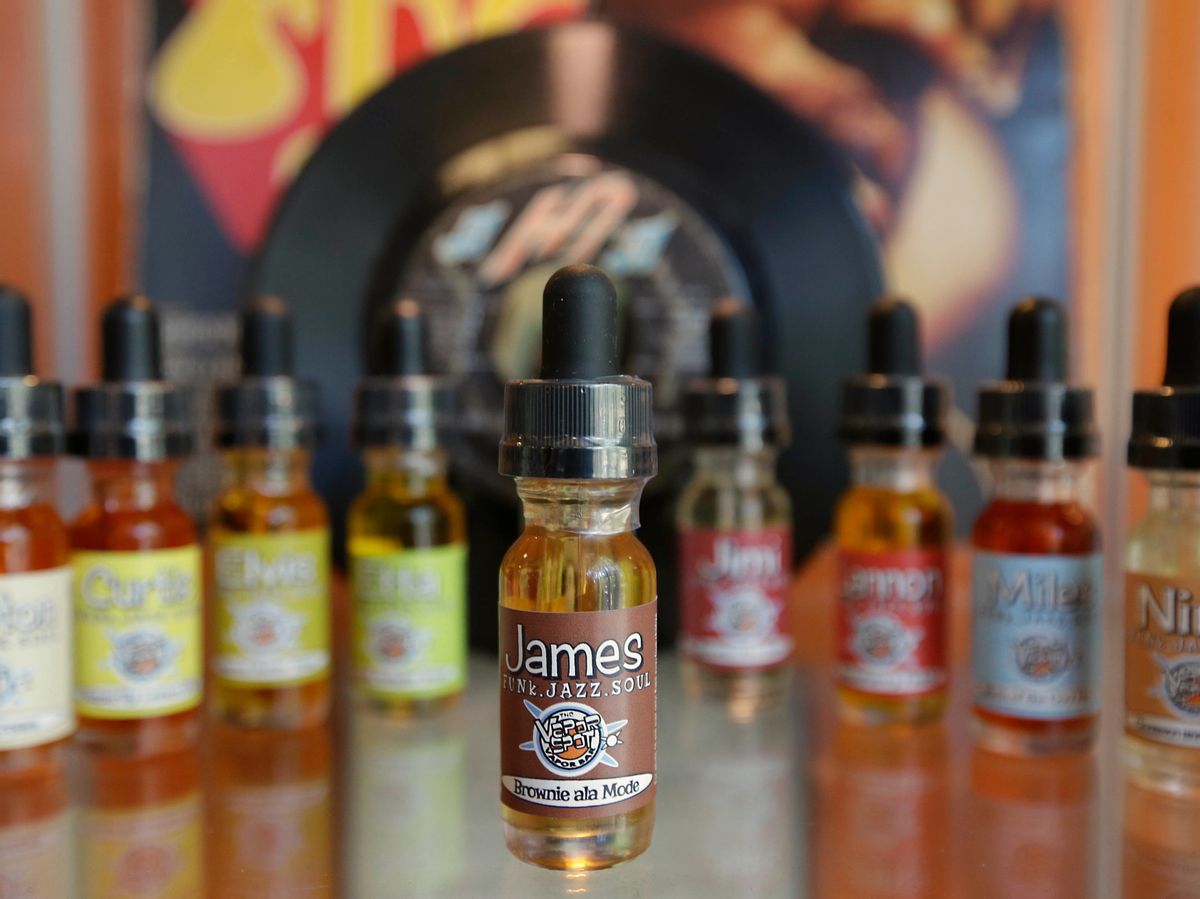 A heated debate is redrawing alliances in the tobacco control movement as federal officials wrestle with how to regulate the growing e-cigarette market.

The players include researchers, smoking-cessation advocates and “vaping” connoisseurs.

“It’s become very divisive in a community that was largely united against Big Tobacco,” said Samir Soneji, an associate professor at the Dartmouth Institute for Health Policy and Clinical Practice, who researches tobacco control policy.

The Food and Drug Administration took a preliminary step in March, seeking public input on what flavors could be added to battery-powered nicotine devices, which can taste like cinnamon rolls or strawberry milkshakes. E-cigs do not contain tobacco.

The comment period, which so far has generated more than 16,000 statements, will close on June 19. But many bureaucratic hurdles remain before a final rule will be issued.

One school of thought argues that e-cigarettes — specifically ones that taste good — help people quit tobacco.

But opponents maintain there is little evidence — especially from studies done on large groups of people — to support this idea.

Critics emphasize the risks to adolescents, who for years have heard anti-tobacco messages highlighting cigarettes’ unappealing taste and smell. Sugary vaping flavors bypass this argument and lead some parents to worry these products are a gateway to tobacco use — even though selling to minors is illegal.

“There’s a lot of interest in this subject,” he said. “The question is how much of that will be scientific, that can inform our rule-making.”

Though the market’s biggest player, Juul Labs, is an independent company, tobacco companies also are betting big on e-cigarettes to boost their long-term financial picture.

Industry analysts project this market could be worth almost $50 billion worldwide by 2023.

A Reynolds subsidiary is bankrolling a movement to block a San Francisco ban on flavored smoking products, which would affect e-cigs and menthol cigarettes. Altria and Reynolds together have spent tens of millions lobbying Congress about e-cigarette regulation.

“They have a lot of influence. They can use what they’ve learned over decades of successful marketing,” Soneji said.

When contacted, JTI and Altria opted not to comment on e-cig regulations until their complete responses were filed with the FDA.

Michele Maron, a JTI spokeswoman, said the company supports “responsible use of flavors” and will “continue to defend the rights of informed adults to choose legal tobacco products” but opposes sales to minors.

Tobacco companies are “now examining how to develop products that will make their own cigarettes obsolete,” he said. “One could argue that is a huge net benefit.”

E-cigarettes are electronic, handheld devices that deliver a vapor made of nicotine and other chemicals.

Since entering the U.S. market in 2007, they have amassed a substantial following.

About 3.2 percent of adults used e-cigarettes in 2016, according to the Centers for Disease Control and Prevention.

That same year, more than 2 million American middle- and high-school students used an e-cigarette within 30 days of being surveyed, according to the CDC.

Even though vapes don’t burn tobacco, they, along with other “electronic nicotine delivery systems,” are regulated by the FDA as tobacco products because of a federal rule finalized in 2016.

The CDC and the American Cancer Society say the cancer risk is lower than that of cigarettes, but vaping has been linked to other ailments, such as emphysema and heart conditions.

Nicotine’s long-term effects aren’t well-known, but it can impair brain development in adolescents. New research suggests that flavoring chemicals may also be harmful.

And, at least in testimonials, there’s increasing traction for vapes’ smoking-cessation potential.

“If it were not for the flavors in e-liquids, I would still be smoking a pack a day of cigarettes,” read one comment submitted to the FDA.

Another, from someone claiming to have smoked for 15 years, said, “flavors were instrumental in converting [me] into a nonsmoker.”

The tobacco industry has a history of leveraging customer loyalty, mobilizing a vocal support base, said Pamela Ling, a professor of medicine at the University of California-San Francisco, who studies tobacco and its marketing.

“I’m not saying everyone who makes a comment is funded by the tobacco industry,” she said. “But they are a very well-funded interest who know how this process works, and know how to affect it.”

Testimonials aside, it’s unclear whether e-cigarettes are more effective tools to quit smoking than the nicotine patch or drugs like Wellbutrin. It’s also unclear whether flavors help.

Many adults smokers don’t actually quit tobacco but use vapes in places where cigarettes are banned, said John Pierce, a professor for cancer research at the University of California-San Diego.

In fact, e-cigarettes are not an FDA-certified smoking cessation therapy. The industry has not sought this label, and the VTA doesn’t intend to change that, Abboud said. Certification requires rigorously demonstrating e-cigs’ effectiveness — and showing that the benefits outweigh risks.

“It’s a double-edged sword in some ways,” Gottlieb said. “Flavors in this context could do both harm and good.”

That underscores this debate’s central question: Are potential benefits for adults worth the risks for children?

Tobacco researchers such as Stanton Glantz, at the University of California-San Francisco, say the risks — and limited favorable evidence — support keeping flavored vapes off the market until science clearly supports their use for smoking cessation.

But analysts such as Kenneth Warner, a public health professor and economist at the University of Michigan, focus on how vaping could lower adult tobacco use.

“The FDA is … asking for a level of proof about its public health effects that’s probably unattainable,” he added. “I’m sympathetic about worrying about the impact on kids. I just don’t want to throw out the baby with the bathwater.”

The ideal standard, Gottlieb said, would ban flavors that appeal to kids, while permitting adult-friendly ones. That’s easier said than done.

Meanwhile, the current American consensus — articulated in January by the National Academies of Sciences, Engineering and Medicine — included both of these ideas and called for more research.

“That rule-making we do needs to be informed by data,” he said. “We’re a science-based organization. We want to get it right.”

KHN’s coverage of children’s health care issues is supported in part by the Heising-Simons Foundation.