Blue wave or flameout: How will Tuesday's packed primaries shape the crucial 2018 midterms?

While the main focus is on California's chaotic races, other big contests will come into sharper focus this week 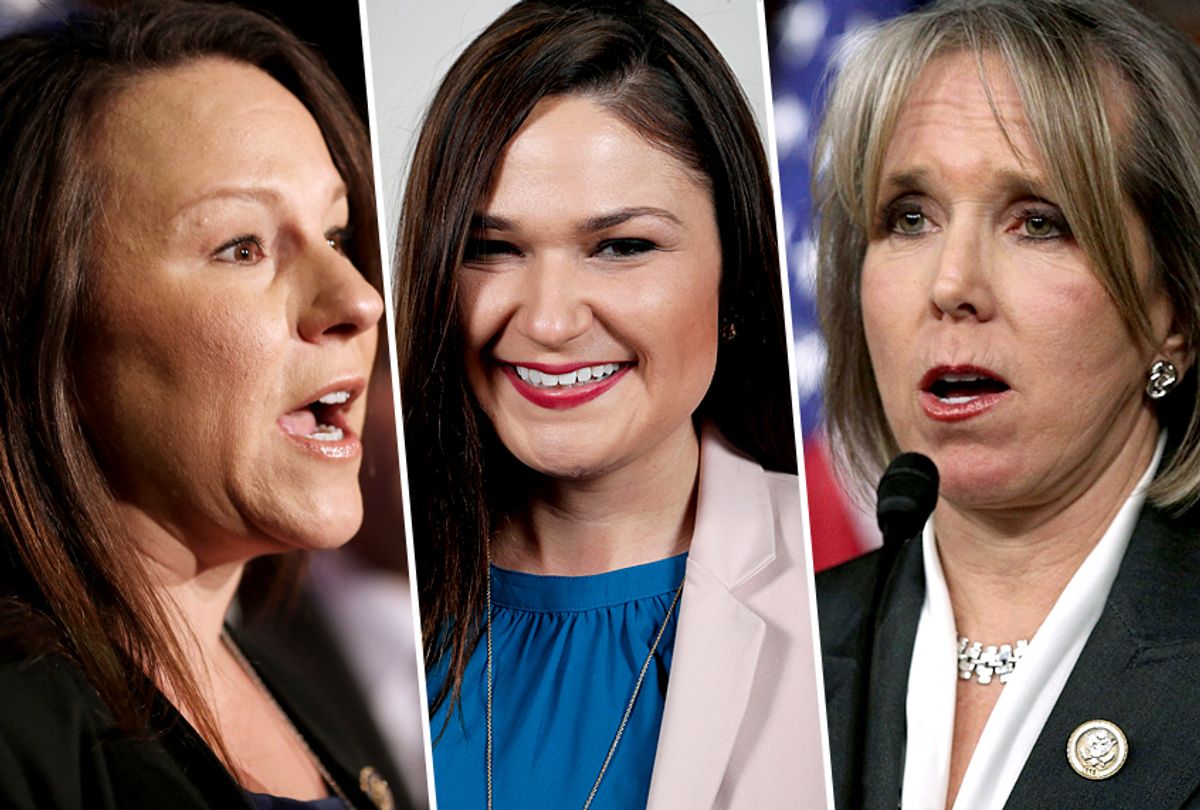 As the eyes of America turn once again toward the 2018 midterm elections, most of the political world's attention on Tuesday will be focused on the messy congressional primaries in California where Democrats hope to win as many as seven new House seats. But several other states are holding primaries this week as well.

In Mississippi, for instance, two Republican-held Senate seats are up for election at the same time -- an unusual occurrence brought about by the recent retirement of Sen. Thad Cochran. His appointed replacement, Sen. Cindy Hyde-Smith, faces a right-wing GOP primary challenge from state Sen. Chris McDaniel, a onetime Tea Party darling whose star seems to have faded. But despite overweening Democratic optimism, whichever one of them wins the Republican nomination is nearly certain to be elected in the fall.

There are races in four other states — Alabama, Iowa, Montana and New Mexico -- whose outcomes are less predictable, and what happens in those states on Tuesday will have repercussions into the fall.

There's nothing quite as dramatic here as the midwinter special election that saw Democrat Doug Jones steal a U.S. Senate seat in one of the nation's reddest states. Nonetheless, the Republican primary for the 2nd congressional district looks interesting. The incumbent is Rep. Martha Roby, and normally she'd be running with no serious opposition — if it weren't for the fact that Roby has made the mistake of criticizing President Donald Trump. As a result, she is facing a challenge from several Republican opponents.

Foremost among them is former Rep. Bobby Bright, a onetime Democrat who lost his seat to Roby in 2010 and has since switched parties to become a pro-Trump Republican. (File that under "Alabama.") Bright has particularly focused on Roby's denunciation of Trump after the "Access Hollywood" tape leaked during the 2016 presidential election, when she withdrew her earlier endorsement. Roby was still re-elected that year, despite feeling the heat from Trumpers, but nearly 30,000 voters cast write-in ballots to protest her candidacy (11 percent of the total), according to the Montgomery Advertiser.

"It’s her words. All I’m doing is putting it out there so people can see what she said a year ago, as recently as a year ago," Bright said on the campaign trail on Wednesday. (It wasn't a year ago.)

"People who are close to the ground in Alabama think [Roby] will survive," Larry Sabato, a political scientist and founder of Sabato's Crystal Ball, told Salon. "But that's probably the most contested race that they have in the state. . . . A defeat wouldn't come as a complete shock. She's seen as too moderate, as too anti-Trump, and this is another example of how the Trumpians are just taking over the Republican Party everywhere."

There are two tight House races in the Hawkeye State, thanks in part to the fact that Iowa has a renowned nonpartisan system for drawing its congressional districts that reduces partisan bias and renders gerrymandering almost impossible. Even though Iowa is a purple state that Trump carried easily in 2016, Democrats have a decent shot of winning one or both of these districts.

In the 1st congressional district, the GOP incumbent is Rep. Rod Blum, who is considered so vulnerable that four major Democratic contenders have emerged to challenge him for the nomination. As the Des Moines Register reported last month:

The Democrats running in Iowa's June 5 primary election include state Rep. Abby Finkenauer of Dubuque, a two-term state legislator; Thomas Heckroth of Cedar Falls, a former aide to ex-Sen. Tom Harkin; George Ramsey of Marion, a retired U.S. Army first sergeant; and Courtney Rowe of Cedar Rapids, an aerospace engineer. Only one of the four can become the party's nominee.

Finkenauer, who would be the youngest woman ever elected to Congress if elected, appears to be the frontrunner in the primary race. She's raised the most money — nearly $1.3 million — and grabbed more than a dozen Iowa union endorsements. The national organization EMILY's List, which helps elect Democratic women that support abortion access, is backing her as is the Democratic Congressional Campaign Committee, which has placed her on its "red to blue" list for seats it hopes to flip from Republican to Democrat this fall.

In the state's 3rd congressional district, three Democrats are vying to oppose Republican incumbent is Rep. David Young. They include small business owner Cindy Axne, who was endorsed by EMILY'S List; Pete D'Alessandro, who led Sen. Bernie Sanders' 2016 campaign during the crucial Iowa caucuses; and business owner Eddie Mauro, according to the Des Moines Register.

"If there is a big blue wave, I would expect at least one of those two Republican incumbents to fall, maybe both," Sabato told Salon. "But Iowa's turned much more conservative and seems to be at least a little bit pro-Trump." His site lists Blum's seat as a tossup and Young's as "leaning Republican."

Montana is a traditionally Republican state that Trump won easily, but it also has a long tradition of political independence. Given that two-term incumbent Sen. Jon Tester is a relatively liberal Democrat, seen by many Republicans as one of their best chances for a win that would lock down their Senate majority, this will be a hot one.

Tester voted against Trump's recent nominations of Mike Pompeo as secretary of state and Gina Haspel as CIA director, something other vulnerable Senate Democrats generally didn't do, according to The New York Times. He also opposed Trump's tax cuts, opposed the Republican attempt to repeal Obamacare and voted against Neil Gorsuch's appointment to the Supreme Court, thereby providing his Republican opponents with considerable ammunition to claim that Tester is too liberal to represent the people of Montana.

Which Republican will be delivering this message against Tester in the general election? That will be settled on Tuesday, and according to a Vox report, conservative groups have poured about $5.7 million into the primary campaign, or about $8 per registered voter in the entire state. The principal contenders appear to be State Auditor Matt Rosendale, a Maryland transplant with national right-wing money behind him, and retired Judge Russ Fagg, who is backed by most prominent Montana Republicans. "The general feeling is that Rosendale will win it, but they haven't had any public polling recently," Sabato told Salon.

This Southwestern state has trended increasingly Democratic over the last few decades, and that's likely to continue. In fact, the governor's race this year could mark the end of significant Republican political power in New Mexico, with Gov. Susana Martinez, a GOP moderate who became the first Hispanic woman governor in U.S. history, leaving office thanks to term limits.

The Democratic frontrunner is Rep. Michelle Lujan Grisham, current chair of the Congressional Hispanic Caucus. Although Grisham has faced a minor scandal involving misstating her income on financial disclosure forms several years ago, she is still expected to win. That means she will face Rep. Steve Pearce, a member of the ultraconservative House Freedom Caucus and the only serious Republican seeking the gubernatorial nomination.

"They've had eight years of a Republican governor in essentially a blue state," Sabato said. "Especially with Trump as president and a very large Hispanic population there, the assumption is that Grisham will win the Democratic primary and probably be the next governor."