Karrueche Tran on life after Chris Brown: "Mine is a great story of a 'glow-up'"

For years, she was known for her breakup with an abusive man. Now, she's in the public eye on her own terms 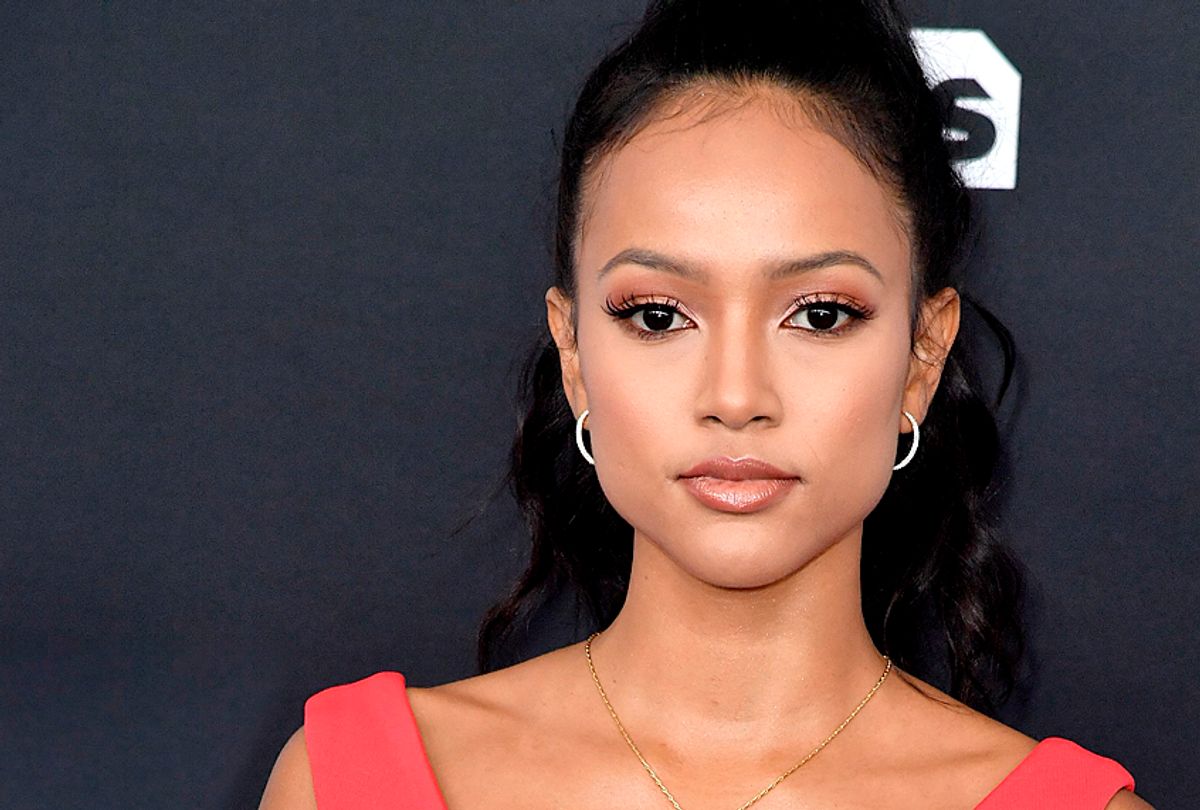 When I booked model and actress Karrueche Tran as a guest on my feminist pop-culture podcast "Poptarts" — to promote her new film "The Honor List" and the second season of her excellent TNT show "Claws" — I had a dilemma on my hands. Tran is an emerging talent making a name for herself in female-focused ensemble projects. I genuinely enjoy her work and I have no doubt that the roles she chooses resonate with "Poptarts" listeners. But as much as I wanted to keep my questions focused on Tran’s professional life, I would not have been doing my job as an interviewer if I ignored the piece of her story that launched her career — her high-profile relationship with R&B singer Chris Brown.

Brown and Tran began dating in 2010 not long after Brown was accused of beating up his other well-documented paramour, Rihanna. They were on-again-off-again for the next five years, only parting ways in 2015 when Tran testified when seeking a restraining order, which she was granted, that Brown had been abusive and had threatened her, and it was revealed that Brown had fathered a child with another woman. Their breakup was on the front page of every tabloid in America and so was Tran’s photo. Yet, the woman behind those troubling images remained a mystery until she emerged recently with a restraining order against Brown and a roster of original work to call her own.

“My co-host Callie and I were just talking on the way over here about how, if we had a bad breakup years ago, and that’s what people still wanted to talk to us about after we’d moved on with our lives — we would feel some type of way about that,” I told Tran candidly when we finally met to record the show.

“Welcome to my life!” she replied with.

“But how do you manage it?” I asked. “I know a lot of women identify with you because of the relationship you were in [with Chris Brown]. You went on the OWN show 'Iyanla: Fix My Life' after the breakup, and I know you have a restraining order against him that is public knowledge. So I’m wondering if, as all of these stories of #MeToo are coming out, if women are responding to you as someone who perhaps has gone through what they are going through. And if women are reaching out to you as a source of inspiration as they’re trying to get out of their own bad situations.”

“Yeah,” said Tran. “After that [Iyanla interview], I actually had a lot of women of various ages and various races come up to me and say, ‘I watched your interview and I loved it and I thank you so much because I was able to learn from it and thank you for being so open because I was in the same situation.’ And it was so interesting because, when I did that interview, the space that I was in was such a whirlwind and there was so much happening, I didn’t think I was going to inspire people. It was just something that I was really dealing with. So the fact that I was able to reach out and touch or inspire 1, 2, 3, 100, 1000 people—that means a lot to me. I’m glad that I was able to use my mistakes and say, ‘Hey! Don’t make the same mistakes I did!’ It’s still weird thinking about it, but I’m glad I was able to help other people in that same situation."

“A lot of women in abusive situations don’t want to talk about it,” added "Poptarts" co-host Callie Watts. “Many women don’t want to admit it to themselves, or have a sense of shame about it. Even though we know that it happens all over the place to tons of people—it always helps to hear someone say out loud, ‘This happened to me. You can get out of it!’”

“It’s great to talk about it,” Tran agreed, “because when you bottle so much up inside, one day you’re going to burst like a bubble. That’s how I used to be. I didn’t even talk to my friends about this. They didn’t know, I’d keep it to myself, and then finally I was able to let things be told and speak my voice. It is a refreshing feeling to know that there are other people out there that can relate."

“It’s also the power of the #MeToo movement in general,” said Watts. “Now if some creep touches your butt at work, you know you’re not alone and you won’t automatically get fired for speaking up about it.”

“Yes! You’re not alone,” said Tran. “If you went through something, it’s OK to speak up about it and speak up for what’s right. It’s kind of a scary thing to speak about things like that. [But when it comes to my past,] it is what it is. I can’t run from it. I can’t take an eraser and erase it. I can only grow from here. Looking at myself now, at the woman that I am now, I’m so much better than I was then, I’m so much more confident, I’m so much more sure about what I want and what I don’t want. Unfortunately, I had to go through those situations to become who I am today, and I wouldn’t change anything about it because I wouldn’t be who I am if I didn’t go through that period in my life. Mine is a great story of a ‘glow-up,’ you know? At least I can look back and say, ‘Whew! At least I got through that. I’m not dealing with that shit no more!’"

"I had to find my voice. I was so in my shell and afraid to be who I am," she continued. "Now I look at myself and think, ‘OK girl! You’ve got some personality!’ Just because I’ve been hiding from so much. I was scared to let the world know who I really am. The world is a scary place, especially on social media. I used to think, ‘Oh my God, are they going to like me? Are they not going to like me?’ But now, I don’t give a fuck. I don’t care. Whatever. This is who I am. I’m happy and that’s it!”