"Everyone likes to blame Russia when anything goes wrong in America," Anderson told the Fox News host 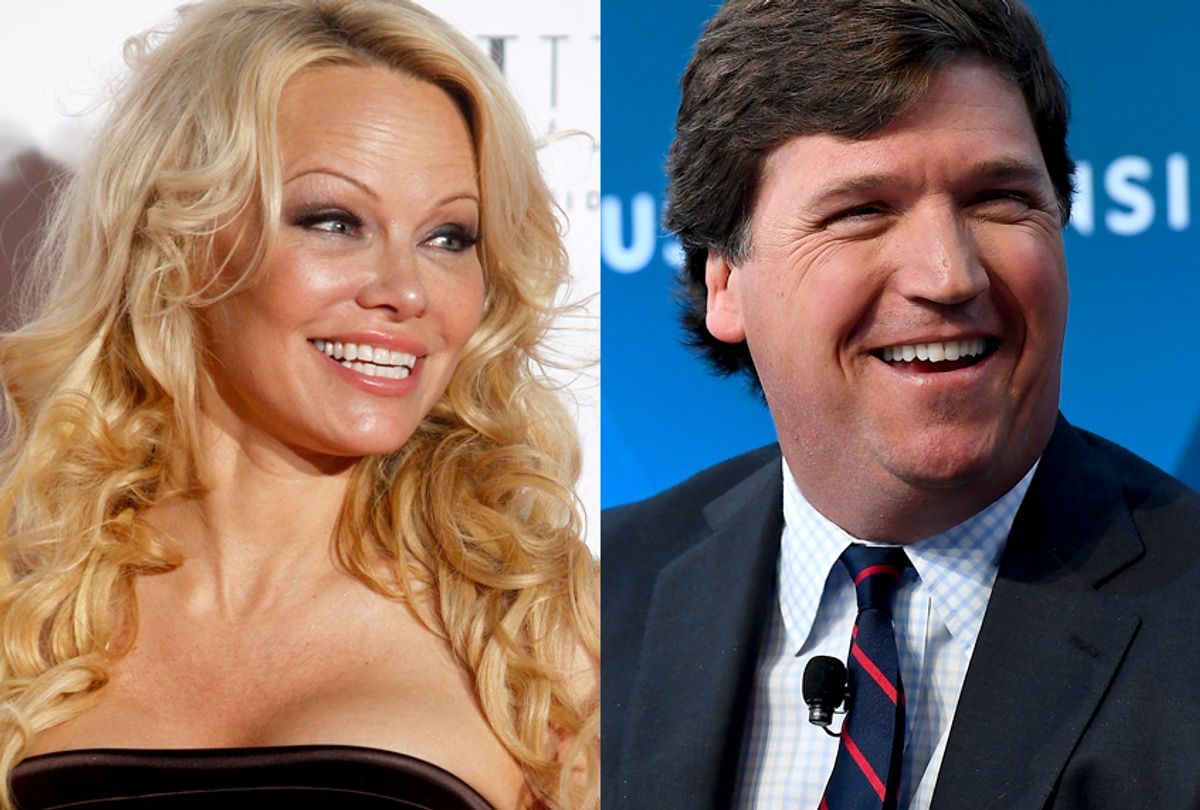 Model and actress Pamela Anderson stood behind her friend and WikiLeaks founder Julian Assange Tuesday evening during an appearance on Fox News, telling host Tucker Carlson that "Assange is just an incredible person" and that "his intention wasn't to get Trump elected, it was to give true information so people could make educated decisions about the person they wanted to vote for."

"Everyone likes to blame Russia when anything goes wrong in America and I’ve spoken at the Kremlin many times, and the last time I was there, there was something happening — and the first thing they say to me is 'oh what have we done wrong this time,'" she said. "It's kind of a common joke that America likes to blame them for everything."

Anderson called the accusation that Assange and Putin worked together to defeat Hillary Clinton and to get Donald Trump elected "crazy." She said that she was with Assange before the election and he had no clue that Trump would win. "But you know, it turned out the way it did," Anderson told Tucker. "Some people are happy."

Anderson said her connection to Russia came through her longtime animal activism. She said she was invited to the Kremlin to speak about her work, "they wanted me to continue my work in Russia," and she now travels there often.

For Assange, the WikiLeaks editor-in-chief who is currently under house arrest in the Ecuadorian Embassy in London, Anderson claims that he is misunderstood. "Assange is just an incredible person," she said. "If you read anything that his mother says about him — that’s kind of an interesting source to go to — he’s always been like this. Since a child, he’s been worried about doing the right thing. And I think he’s very brave."

"He's a great testament to the human spirit," Anderson added, "to be in a situation that he's in and to have the fight he has in him and the sense of humor, he's really an incredible person."

Assange was granted asylum by Ecuador in 2012 after fleeing from sexual assault allegations in Sweden and has been living in its London Embassy since then. But prior to his arrest, Assange was under criminal investigation by the U.S. federal government for publishing a series of classified leaks from Chelsea Manning.

Anderson said she worries about Assange's health, claiming he's had no access to sunlight for the last six years and that he's now cut off from the internet and barred from having phone calls or visitors. She suspects that he's being pushed out from the embassy, and if he's forced to leave, he'll be arrested and extradited to the United States.

During an interview with Megyn Kelly on the "Today" show, Anderson said that in some ways she believes if Assange was to have a trial in the United States, "people would really understand the truth and a lot would come out and it could be a good thing." She affirmed that he is the "bravest" person she knows.