First political ad in U.S. history to show a kiss between a same-sex couple aired on the president's favorite show 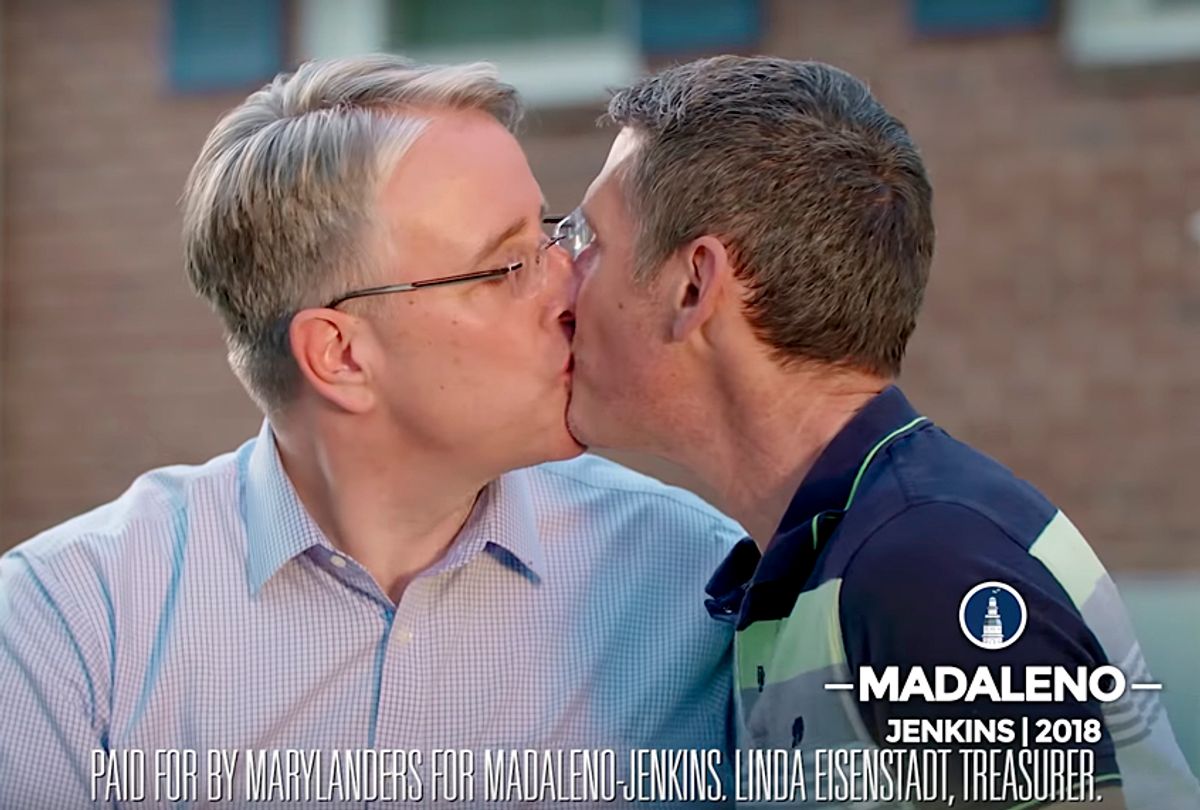 According to Victory Fund, a political action committee dedicated to increasing the number of LGBTQ officials in the U.S., the ad "is the first political ad in American history to feature a kiss between a candidate and a same-sex spouse." The history-making smooch between Madaleno and his husband Mark Hodge ran on the Fox News show "Fox & Friends," which the president spends a lot of time watching, in the Washington, D.C. area this morning.

"I'm running for governor to deliver progressive results and to stand up to Donald Trump," Madaleno says in the intro. "Here are a few of the things that I've done that already infuriate him."

The 30-second ad points to Madaleno's tenure as a state senator and highlights legislation he sponsored last year that would provide money to Planned Parenthood clinics if Congress cut funding, while a young woman chimes in, "Take that, Trump."

The gubernatorial candidate also points to 2013 legislation he co-sponsored that banned assault weapons in Maryland, and a boy holding a "Stop Gun Violence Now" sign says, "Take that, NRA."

Madaleno also voices his support for public schools over vouchers alongside kids on a playground. A girl says, "Take that, Trump," and a boy adds, "and Betsy DeVos," referring to Trump's education secretary.

"And what's the No. 1 way I piss off Donald Trump and the Republicans?" Madaleno asks, as he, his husband and their two children smile into the camera. Then Madaleno, who led Maryland's landmark measure to legalize same-sex marriage, gives his husband a lip-smacking kiss.

If elected, Madaleno would be the state's first openly gay governor.

"At a time when the White House and other anti-LGBTQ politicians are attempting to erase our visibility and rollback our rights, Rich Madaleno is boldly stating he’s proud of his family and will fight for all Marylanders if elected," said Mayor Annise Parker, President & CEO of LGBTQ Victory Fund, and Houston's first gay mayor, in a statement.

"Not long ago, out LGBTQ people were unable to run for statewide offices such as governor, but voters now recognize there is an authenticity to LGBTQ leaders rarely found in today's politicians," added Parker. "Rich is on-track to win the Democratic primary because of that authenticity, his deep roots in the state, and his 15 years of legislative experience. And it is great to see him share his love for Mark and the kids with voters too – especially in a political ad airing during the president’s favorite television show."

"At a time when political attacks by Trump and other Republicans are fueling so much hatred and division, we need to stand up for the people we love and to continue to confront harassment and discrimination against women, African Americans, immigrants, LGBT couples and so many more," he said.

"Having led the charge for marriage equality, achieving true equality and justice for all Marylanders will be my priority as Governor," Madaleno continued. "June is LGBT Pride Month and I couldn't think of a better time to release this ad. I am proud of my family, proud of my record of standing up for our progressive values and proud to be unflinching in standing up against hate."