Singer/songwriter Laura Jean Anderson: From rebel Mormon to "I ain’t a child of your God"

The singer/songwriter talks with Salon about her upbringing, her art and the straddling of 2 worlds 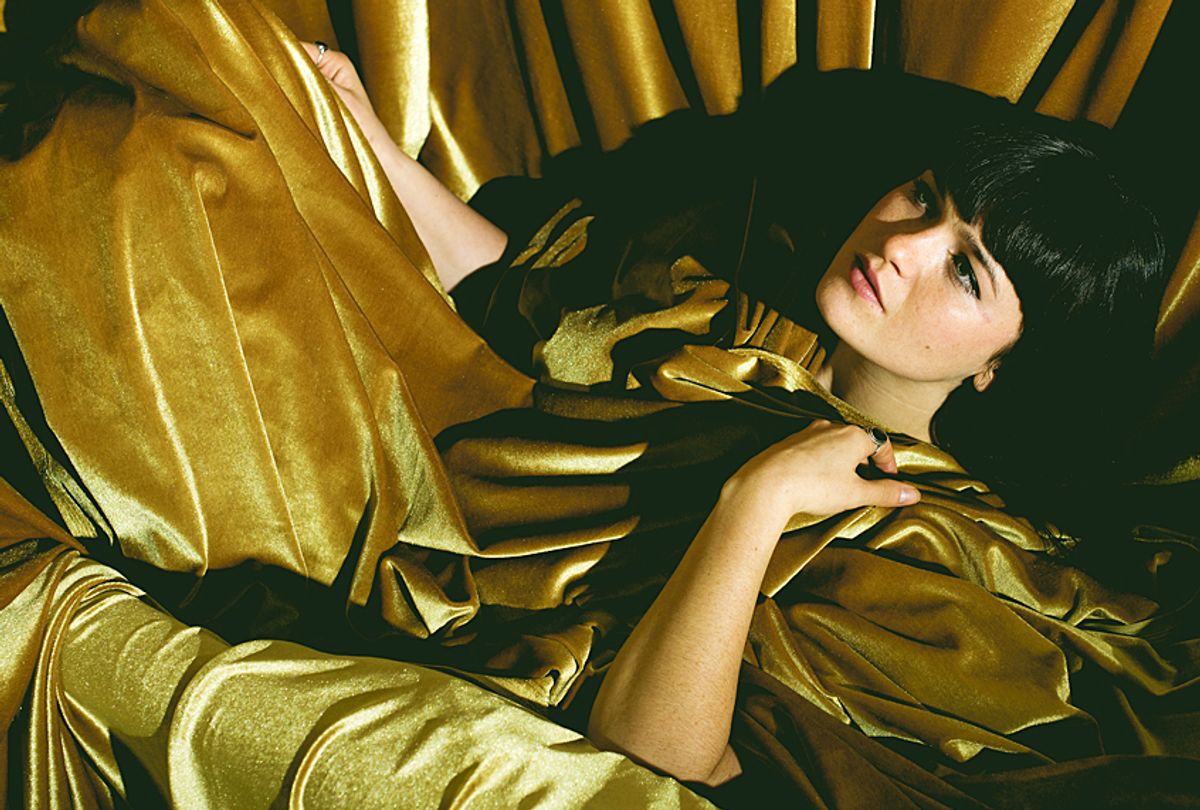 Singer Laura Jean Anderson's music is about the gray areas: about that duality of straddling two worlds, about finding a place of comfort in between two seemingly opposing dichotomies, about carving out an identity that isn't prescribed. And it comes from experience.

Anderson is the product of a big, Mormon family with roots in rural Idaho and Utah where many families are also Mormon. But she was raised in Olympia, Washington, close to Seattle and in a place known for its grunge scenes and liberal politics. Here, she straddled.

Anderson's debut single "Silence Won't Help Me Now" is a song of resistance. She denounces societal norms that felt compromising, religious standards that felt suffocating and gender ideals that felt oppressive. In an interview with Salon, Anderson discusses her upbringing, her music and how the #MeToo movement gave her strength to tell her own story of liberation.

In the video, you’re being manipulated; people are putting makeup on you, but they’re not speaking to you. They’re even silencing you, suppressing you in these various ways. Can you unpack this?

My thought was for the video was bringing it back to what this song was to me when I wrote it. I feel like a lot of people can relate to it in whatever way within their life. But for me, I felt very moved when I was writing the song about thinking of all the ways that people have tried to manipulate me and tried to make me into something that I’m not. And especially, I feel like that as a woman or — I grew up in a very religious, conservative family. All the ways of people like, "Oh no, I’m going to make you into something that you’re not, and silence that part of you that is questioning, or that is curious, or that is not living the standard of good" or whatever.

That is where that came from, and I knew I wanted to make that video, and I was like, OK, well how am I going to execute this? I was talking to the director and I was like, I think everybody involved just has to actually do it. Because I am not an actor. I just got the people together and was like, you’re going to actually have to restrain me and manipulate me and stuff.

One of the lines that I really like is: "I see you counting my wrongs, well/ I ain’t a child of your God." Can you go into what that line means and signals for you?

It kind of means a few things, and I guess to me the thing that it means — I always am a little hesitant to say because I don’t want to come across as being angry towards a religion in any sort of particular way. But growing up, there was a child’s song that would get sung to me, that was: "I’m a child of God." I remember when I was writing this song, I was like, "Well, to me, God can mean something different for anybody or it could mean nothing or it can mean everything; it's whatever people want." I remember thinking the type of God that I would hope the world would want to have in their life wouldn’t be someone to suppress or oppress or do those things.

I wrote this song right around when Trump got elected, and it was like, whatever you want to call your God or whatever, but that’s not how I would believe a God to be. Like, I’m not a child of your God. Maybe of my own, but not the God that’s going around doing the shit you’re doing.

Can you talk about your upbringing in Washington?

I grew up in Olympia, which is an hour south of Seattle. It’s like a small city, and all my family lives in rural Idaho and Utah, but my parents were the only ones who moved to Washington. It’s interesting. I grew up in a Mormon family, and they’re all from Idaho and Utah. In that part of the country, everybody is Mormon. This family went from being just like everybody to being the outcasts in Olympia, where it’s super liberal and kind of a wild hippie town. And so, it was interesting, the juxtaposition of growing up in a conservative environment but in a very liberal surrounding.

A lot of people have this idea of what Olympia is and it’s exactly that. It’s stuck in the '90s. You can only listen to grunge or punk or drone music. Everyone’s into radical politics, and so it was interesting growing up there. I always played music, but there wasn’t really very many outlets for me to play. I didn’t know any musicians or any older people that had gone on to pursue music. In my mind, I thought, "I don’t know how people do that." It was just like other people, not in Olympia, who go on to actually be an artist.

I started singing because of church obviously, so singing hymns and stuff like that.

When did you start fostering some resistance, whether it was through your religion or through music?

I think I always had that in me where I was like not wanting to follow the rules. I think I always was resistant in some way to the things that are just supposed to be unquestioned, and I think it really bugged me. I definitely remember as a kid I was really stubborn — at least [about] anything involving gender norms. I remember I refused to wear dresses. I hated having these frilly socks that they’d make me wear, and I would rip them off and be really dramatic about it.

But I think in terms of religion and such, I think it was when I was a teenager. It’s interesting. I think a lot of religions — and I know a lot of people feel this where it’s kind of like you’re in or you’re out — and for me, it’s always been this really sad thing and it's also a total fear-based thing, but when people go, OK, well I’m in it and so therefore I’m going to suppress anything that I have questions or whatever, or if you’re out of it, there’s a lot of hatred too.

There’s a lot of like, "fuck religion, fuck this, fuck those people." There is just fear and hatred on both ends, which really bums me out because I think that there is someplace that you can live in the middle. I think that’s a big reason why I make music and also why there is a lot of that dualism and stuff in my music is just wanting to bridge those two things together. Have my own opinions, have my own life, but not basically shun everybody that was a part of my upbringing, my family. It’s been an interesting journey of trying to bridge that gap instead of just create more separation between any sort of believers and nonbelievers or conservative, liberals; Republican, Democrat, whatever. It’s like letting there be a gray area and letting there be kind of subjective aspects to life.

Does your family accept you as a musician?

Yeah. I have a big family and my parents are pretty accepting and I think it’s because of music, like I think if I was doing anything else they may be like well . . . .  And I know it’s hard. They’re kind of unspoken about it. It’s very hush-hush a bit, but they’re supportive of the music, which is awesome.

Going back to the single, one thing that struck me about it is it feels very relevant for the #MeToo time period. I don’t know if you thought about that at all?

Definitely. I don’t think I was writing it with the idea of "Oh, this is a movement." But I feel like with the #MeToo movement and all that, it’s something that’s been going around forever in a way.

I think that that movement definitely, it gave women and men power to speak up about it and feel empowered by speaking up about it. I definitely think that that influenced this. It almost gives you a little extra backbone or something to be like, OK, well, all these other women are talking about this, people are getting called out, like okay, I can do it. I can tell my story of how I felt oppressed.