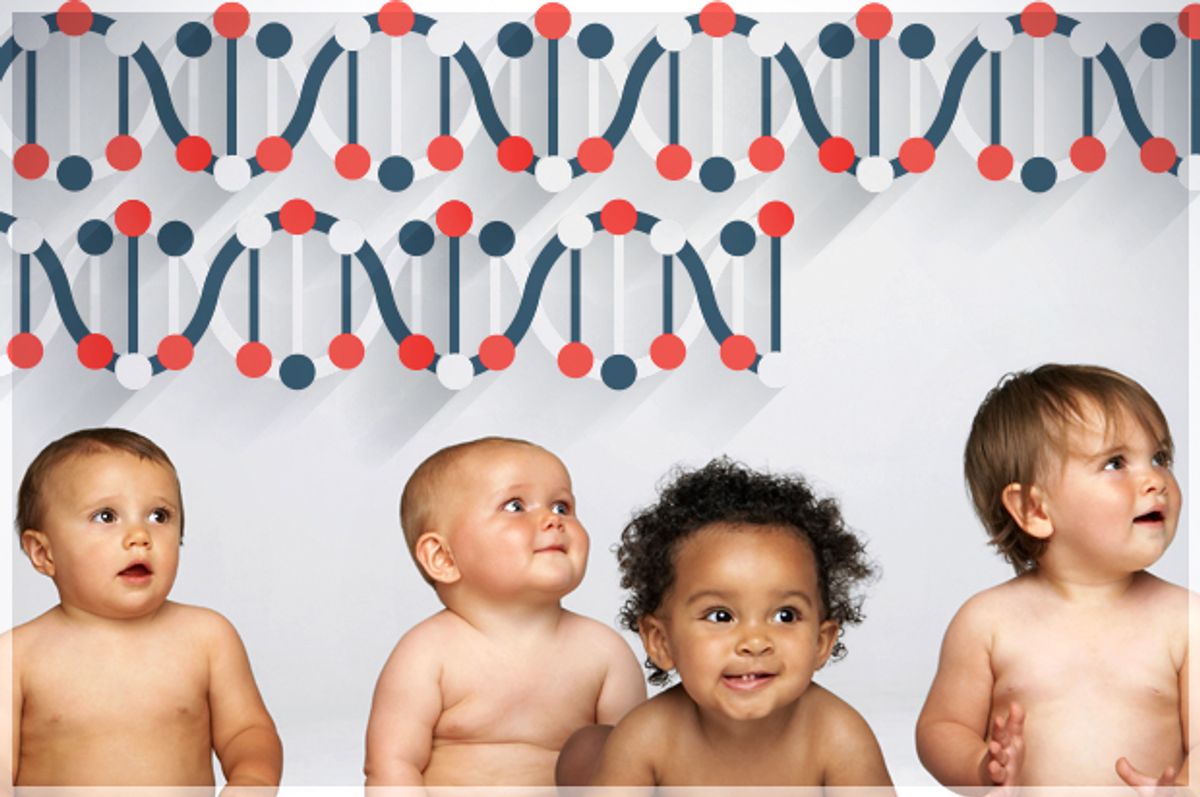 Natural selection suggests that all traits advantageous to the survival of a species will be passed from one generation to the next. But inheritable illnesses, arguably traits that don’t help organisms adapt to their environment, pose an interesting paradox. How is it possible, for example, that schizophrenia, an often debilitating mental disorder, is both highly heritable and relatively prevalent in the general human population?

The theory of the “double-edged sword” — where an entity is capable of carrying both advantages and disadvantages — was proposed in the late 1990s by Timothy John Crow, a psychiatrist at Oxford. It was bolstered by psychiatrist Jonathan Kenneth Burn in the early 2000s, and most recently by a paper published in Human Genetics. The authors, J.M. Sikela and V.B. Searles Quick, offer new supporting information about the cognitive trade-off theory, a theory that states how advantageous modifications to an organism’s genomic DNA are passed on to the next generation despite the risk they carry to cause disease in subgroups of the population. They propose that throughout evolution, certain genes involved in the growth of the human brain have contributed not only to our improved cognitive capacities — distinguishing us from other species — but are also responsible for risks of brain disorders. These genes seem to code for a varying amount of proteins that appear to be correlated with both brain size and activity, suggesting a critical role in dictating whether brain development occurs normally or not.

In order to develop, the human brain relies on a protein domain family — a part of a protein sequence that has been reported to be involved in the evolution of the human brain — called Olduvai (also known as DUF1220). In every bread recipe, yeast is one of the indispensable ingredients. Likewise, Olduvai can impact the size and health of the brain: The wrong amount can shift the brain out of a normal state: too much of those proteins is associated with autism, while too little is associated with schizophrenia.

Most of the sequences coding for a great number of Olduvai proteins are located within the chromosome 1q21 region, and CNVs have been linked to a number of different diseases there. The genomic architecture of Olduvai — with several copies arranged in tandem and scattered among non-Olduvai genes — makes it highly susceptible to deletions and duplications, leading to many and highly variable CNVs within humans.

But in addition to causing disorders, the Olduvai family is also likely responsible for a speedy development of a broad range of different traits, like improved cognitive capacities. Sikela and Quick argue these adaptive traits are reinforced by natural selection. Their paper suggests the amounts of Olduvai are directly proportional to brain size, neuron number, and other characteristics of the brain — particularly the neocortex, a brain structure unique to primates.

Brains of non-human primates, for example, are smaller and less complex than that of humans. The researchers suggest Olduvai proteins contributed to humans’ increased brain size and subsequent improved cognitive capacities. Interestingly, this correlation does not extend to body size, supporting the idea that this is a brain-specific phenomenon. The authors propose that an increased Olduvai dosage, and its effect on enhanced cognitive ability, is an evolutionary adaptation.

Unfortunately, the process doesn’t always go as intended: higher dosages of Olduvai causing beneficial effects. In some individuals, it results in brain-associated disorders instead. Increased levels of Olduvai sequences have been shown to be correlated with autism symptoms, including increased social impairment and poor communication skills. But too much Olduvai also strongly correlates with increased intellectual capacities — and interestingly, child prodigy is often seen in families with high risk of autism.

Some researchers even suggest that not only is the Olduvai involved in diseases like autism and schizophrenia, but these two disorders may in fact be related with strikingly opposing phenotypes. For example, CON1, a protein that’s part of the Olduvai family, seems to increase in males diagnosed with schizophrenia, and seems to be associated with negative symptoms — thoughts or behaviors that a person no longer has after becoming ill, like apathy, lack of emotion, and poor social functioning. These are also symptoms that highly overlap with autism, and high CON1 levels are also directly proportional to autism severity. By contrast, CON1 levels tend to be lower in individuals with schizophrenia showing increased positive symptoms, those that a person did not have before becoming ill, like hallucinations, delusions, and racing thoughts.

But research into Olduvai is just getting started. Little is known about the exact mechanism of the Olduvai proteins in the brain: some studies show that it is highly expressed in brain areas associated with higher cognitive functions with increased specificity for neurons, highlighting its role in cognition. Others suggest that Olduvai is involved in neuronal stem cell proliferation, a process important in the growth of neural tissue, which is often impaired in similar diseases of the brain.

Sikela and Quick write that current genetic techniques might overlook many important aspects of the genomic architecture and underlying function of Olduvai’s impact on the brain. To study Olduvai, they encourage scientists to use emerging genetic techniques, such as induced pluripotent stem cells, to alter the human genome in a more controlled manner. They also highlight the importance of developing newer and more sophisticated tools to both investigate and quantify the Olduvai copies and other related sequences. This will allow scientists to more precisely understand how Olduvai works, and separate the beneficial from harmful sequences — unraveling their involvement in both health and disease.