Why veterinarians are the key to defeating Ebola

In fighting a zoonotic disease like Ebola, the key isn't merely focusing on humans, but animals too 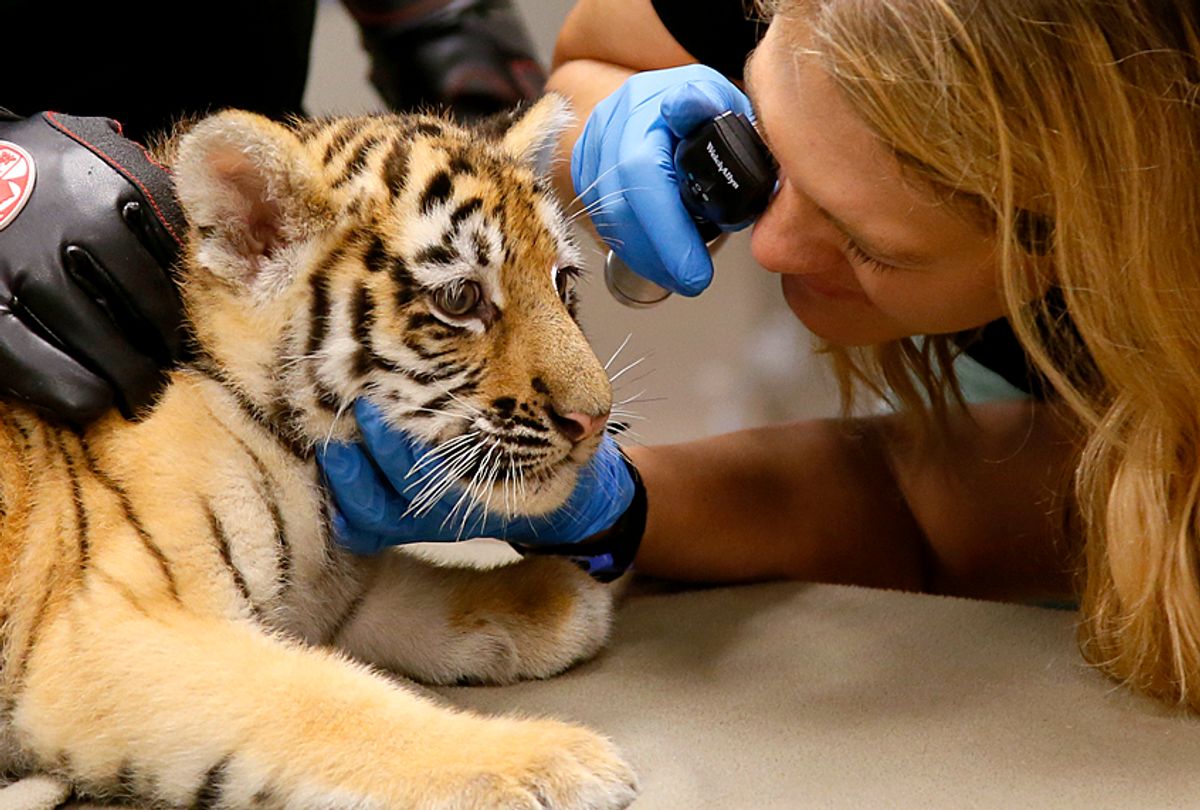 An Ebola outbreak is ravaging the Democratic Republic of the Congo. The disease has already killed more than two dozen people. Experts worry the epidemic, which originates in monkeys and chimps, could soon reach other countries and kill thousands. The last major Ebola outbreak, which plagued West Africa from 2014 to 2016, claimed more than 11,000 lives and spread as far as New York.

Doctors and public health officials can't contain Ebola outbreaks — or any of the hundreds of other diseases that spread from animals to humans — by themselves. They need help from veterinarians.

Unfortunately, there aren't nearly enough of these animal health specialists. Until we train more of them, millions of people will continue to perish from preventable animal-borne diseases.

About three in four emerging infectious diseases are "zoonotic," meaning they originate in animals.  Zoonotic diseases kill more than 2.7 million people every year.

These diseases are particularly dangerous in developing countries. Many communities are rapidly growing and urbanizing -- driving up demand for livestock and boosting deforestation, which brings people into more contact with animals. These regions don't have the healthcare infrastructure to effectively monitor and treat infections.

That's a recipe for disaster. Since July of last year, yellow fever borne by mosquitos has killed 400 people in Brazil. Last year, an outbreak of rat-borne plague in Madagascar infected more than 2,000 people and killed nearly 200. A quarter of livestock in developing countries have been infected with bacterial diseases at some point.

Veterinarians can help prevent such diseases from spreading.

They already have an impressive record of tackling deadly diseases. Veterinarians and other health experts collaborated to identify the structure and transmission of Ebola and the West Nile virus.  Veterinary pathologists and epidemiologists also discovered and studied mad cow disease before symptoms ever emerged in humans. So when the disease was eventually passed along, they were able to develop effective surveillance and prevention measures.

This year, the World Health Organization identified "an urgent need for accelerated research" on zoonotic diseases like Ebola, Zika and Lassa fever. The organization stressed the need for collaboration among veterinarians, physicians and public health professionals.

This integrated "OneHealth" approach acknowledges that the health of humans, animals and the environment is interdependent. So it makes sense for experts to work together to solve pressing health issues.

The United Nations is taking steps to train more veterinarians in these OneHealth principles. In March, more than 4,700 veterinary health professionals finished a UN course that taught them how to contain deadly animal disease outbreaks in developing countries.

At my school, St. George's University in Grenada, we teach our aspiring veterinarians to tackle public health crises. And they've put those lessons into action. They have traveled to nomadic communities in Kenya to screen for infections commonly transmitted from dogs,  analyzed an emerging tilapia-based virus in Ecuador, administered hundreds of rabies vaccines in Malawi, and tracked lions and hyenas in cattle-farming towns in Uganda to monitor and compare parasitic diseases.

The world needs many more well-trained veterinarians to tackle zoonotic diseases in the developing world. For the sake of the millions affected by these epidemics each year, let's hope international organizations and institutions rise to the challenge.