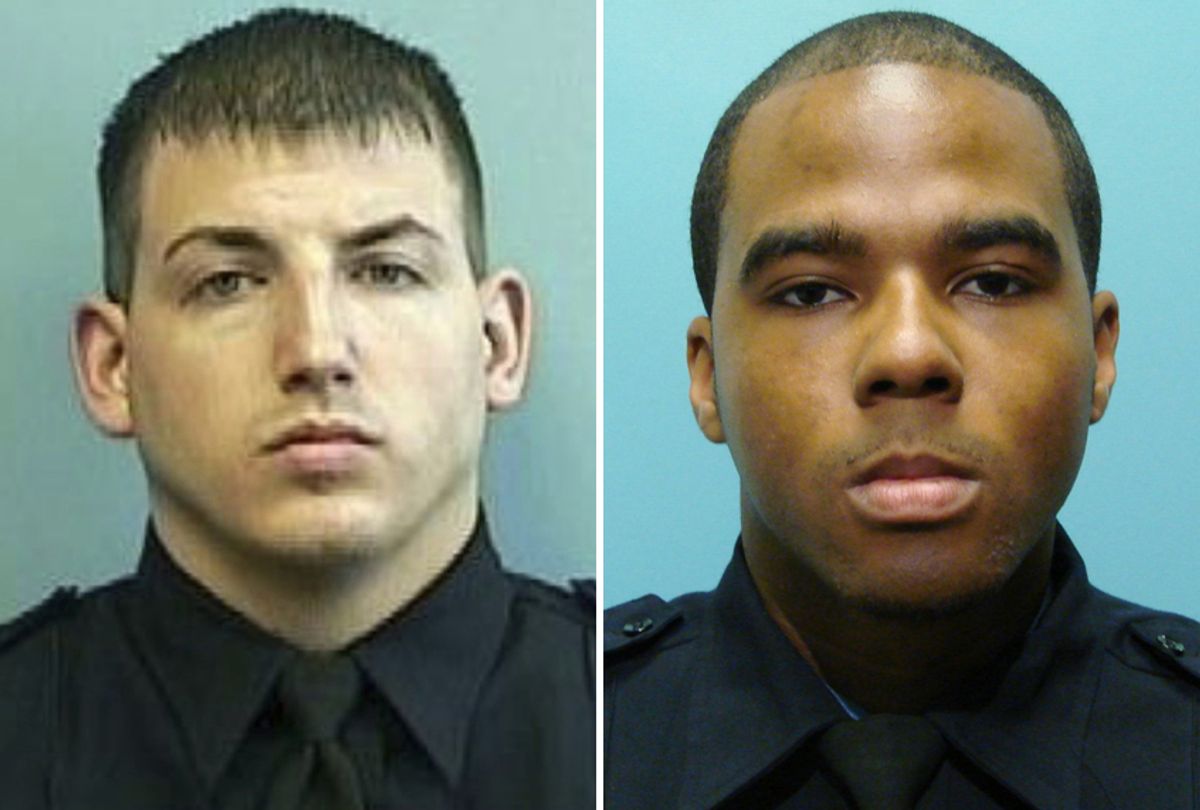 Many people, in Baltimore and elsewhere, were surprised to learn about the city's elite Gun Trace Task Force (GTTF)­­ – eight cops who were granted "special outside-the-box privileges" in an effort to get guns off the streets. The city's problem with guns and violent crime is no secret: Baltimore has recorded more than 1,000 murders over the last three years, and its crime rate is 10 times the national average. (New York, with a population 14 times larger, has had 977 murders in the same time frame.)

The eight cops led by Sgt. Wayne Jenkins did more with those special privileges than get guns off of the street­­ – they created one of the most notorious gangs in the history of Baltimore, using the protection of their badges to do everything from rob working citizens and drug dealers to selling drugs, instigating murders, destroying families and draining the already struggling city with overtime fraud.

If you live anywhere outside Maryland, you may have never heard of the GTTF or its misdeeds, as this case didn't receive nearly the national attention it deserved. All eight of the officers involved in the task force have now been convicted on various charges and are now being sentenced.

I went to court last week because I wanted to see how much time they might get. I also wanted to see the faces of their family members and figure out whether these cops feel sorry for their actions -- not just as a journalist, but also as a guy who had to grow up in Baltimore under corrupt police just like them.

The first hearing I attended was last Thursday at 10 a.m., in the federal courthouse building in downtown Baltimore. I haven't been there since my 20s, when my best friend Tavon was sentenced to 27 years in prison for far less than what any of these cops have been convicted of doing. I remember reading his court document and bugging out: "The United States of America v. Tavon Robinson." How do you beat the United States? The U.S. has torn entire countries apart, and we were just some wiry kids from east Baltimore.

On my way in, they had to scan me with the wand a few times: I have a collection of metal in my body from various surgeries. "Let me guess -- you here for Jenkins, right?" That was a courthouse guard with a heavy mustache blanketing his whole upper lip and half of the bottom one. "Turn your phone off and head through those doors."

Wayne Jenkins has been robbing young black dudes for years. I was never personally one of his victims, but he got a few of my close friends, so I thought the whole courtroom would well up with dudes that looked like me. Instead, the room was full of reporters, media types and what appeared to be friends and family of Jenkins. But it was packed and we were all hungry to see how much time this guy was going to get: He was at the top of the food chain, the GTTF capo, the guy who assembled the team.

I greeted a few other journalists I knew and sat in one of the tight chairs in front of a group of people that looked like Jenkins' family members, bunched together with matching frowns. The room was coliseum-style, just like I had remembered, with guards on each side and a clerk in the center.

"Cut off your tablets, cell phones, smart pens, laptops and smart watches," the clerk said, "If you are caught using them, they will be confiscated."

Jenkins' lawyer, Steve Levin, waited patiently, reviewing documents, before he bounced up to greet the assistant U.S. attorneys Leo Wise and Derek Hines -- two lanky, tall prosecutors who looked like an Ivy League back court. The clerk announced U.S. District Judge Catherine Blake shortly after that – she came out, made us stand, sat us down and delivered the rules.

Then Wayne Jenkins hobbled out in maroon prison garb, looking nothing like his mugshot. He was balding and stocky, his face looked salty and bloated, probably from stress and eating prison food. He couldn't lift up his head high enough to glance at the crowd.

Just like in the movies, Wise gave us a clear description of the things Wayne Jenkins had done. As stated, he stole from drug dealers and innocent civilians alike. That wasn't all:

In fact, Jenkins probably caused many murders. If you rob a drug dealer, as he did almost daily, without locking him up or openly waging war, then the person that dealer owes money to is likely to kill him. But in this case, I'm talking about the case of 86-year-old Elbert Davis, a man who died after being hit by a car. That happened because Jenkins tried to rob a guy called Umar Burley at gunpoint: Burley didn't know Jenkins was a cop and fled the scene in fear for his life, running down Elbert Davis in the street.

Jenkins had some people speak on his behalf, one being his kid's teacher, who called him "a good role model for kids." I'm not sure how she concluded that -- as if we weren't sitting in court for a badge-manipulating, drug-dealing dirty cop who ripped off a struggling city's taxpayers. I tried to hold in my laugh as she spoke and failed.

The group of people in front of me, clearly Jenkins' family, turned around with dirty looks and wet faces. Surprisingly, I felt their pain. Regardless of all the hurt that Jenkins has caused, I know what it's like to see a family member face prison time. At that moment, you're not thinking about what they've done to end up there, but their smiles and jokes and the love they showed you.

Jenkins was given the opportunity to address the court. He apologized to the Davis family and to Umar Burley, who spent more than seven years in prison as a result of Jenkins' lie.

"From the bottom of my heart," Jenkins sobbed, "I wish I could take that day back."

He didn't apologize to the scores of other people that he terrorized, making me think that he wasn't sincere. Dude hurt so many people and only fixed his mouth to address one case out of 1,700. It was a great show for the courtroom, but it left me with the impression that it wasn't about accounting for his actions but more about the fact he was caught. Why else would he only try to make things right with the victims who were present? Jenkins knew the media was there and had the opportunity to address everyone and still only focused on the people who showed up.

"Now I'm one of those people who went to jail and found God," Jenkins pleaded as he wiped away his tears. "I've read the Bible 31 times. I can't stop reading it and praying for forgiveness."

Maybe God was listening, because Jenkins only got 25 years in prison. That's a great number, considering the crimes he has admitted to committing­ – the manslaughter, the kingpin-level drug dealing, the epic corruption and fraud that included using his badge to send innocent people to jail. I have friends who received 30 to 40 years in the state penitentiary for nonviolent drug crimes. Jenkins may well get to serve out his sentence in some minimum-security, resort-style cop jail.

I don't remember Judge Blake or anyone else addressing all the money Jenkins stole or the taxes he obviously evaded. But I'm not a lawyer, just a citizen who feels like cops are never held accountable, even the ones who get convicted of serious crimes. No, he didn't get away with it entirely -- but this sentence could potentially encourage other cops to steal smarter. They know the system will protect them as much as possible, even when they do wrong.