Morning Joe calls out Mitch McConnell’s "cowardice" against Trump: "Privately they all trash him" 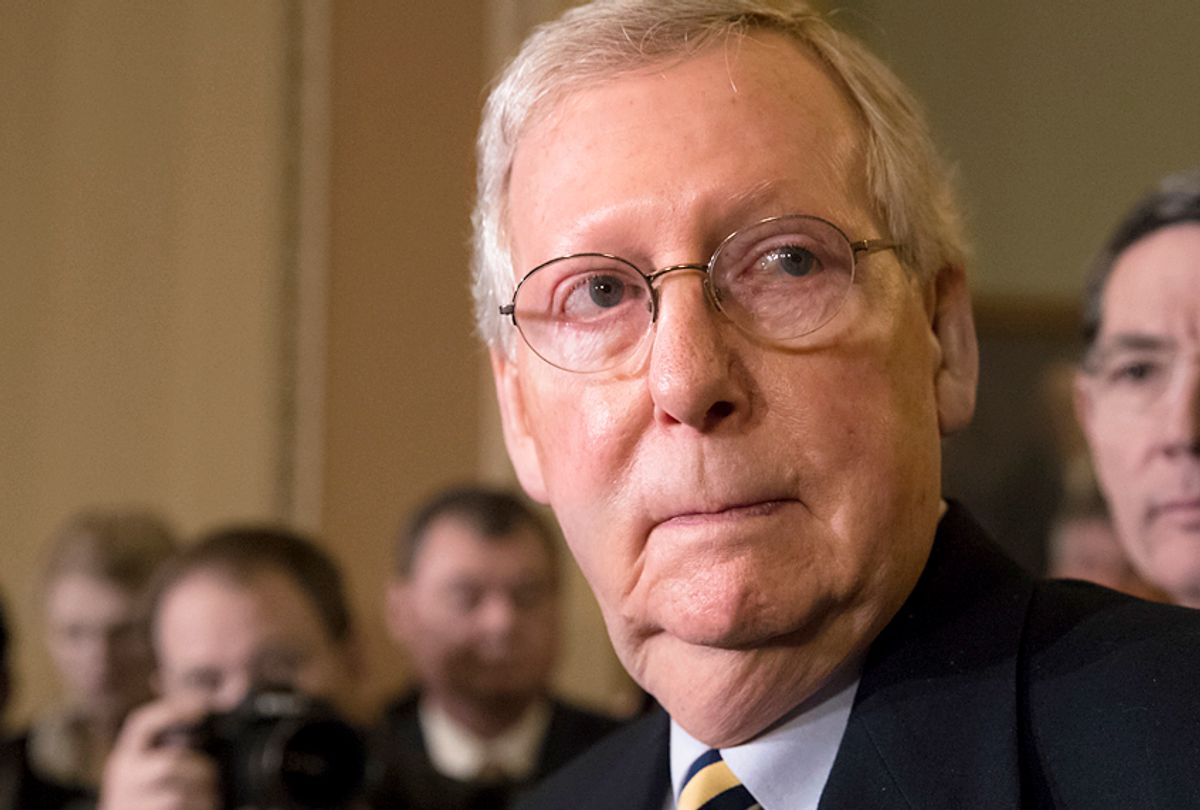 MSNBC’s Joe Scarborough took Senate Majority Leader Mitch McConnell to the woodshed for letting President Donald Trump get away with a litany of constitutional abuses.

The Kentucky Republican told a gathering of right-wing Christians that the Trump era was the “best period for conservatives” since he came to Washington, D.C., in 1985 — and the “Morning Joe” host called out their hypocrisy.

“The litany goes on and on and on and then a left wing trade war and the disemboweling of the alliances that held this country together and made us the strongest country on the planet for 50 years — explain to me on what planet is Donald Trump’s presidency been the high water mark for conservatism?” he added.

Scarborough left the Republican Party last year, and he challenged his former party’s lawmakers to do what they know is right and push back against Trump’s abuses.

“I guess what also is so maddening is that they are scared to death to say anything negative about Donald Trump publicly, but privately they all trash him,” Scarborough said.

He said McConnell was cynically pandering to the religious right, and Scarborough slammed those voters as hypocrites, as well.

“Mitch McConnell, the audacity to say that in front of this faith and freedom group when Mitch McConnell doesn’t believe that,” he said. “Nobody on Capitol Hill thinks he believes that. Again, the cowardice shown across the Hill from Republicans is really pretty staggering.”

“Anybody that’s read the Bible and actually read words in their Bible, understand that this isn’t even me criticizing Donald Trump or questioning his faith,” he added. “They don’t know what his faith is. I know he said that he doesn’t need God’s forgiveness, which undercuts the central premise of Christianity for 2,000 years. But Mitch McConnell says that Donald Trump is — this is a high-water mark in conservatism, and Mitch McConnell is an honorable man. So tell us, what is going on?