Seth Grossman, Republican candidate for Congress in New Jersey, says "diversity is a bunch of crap" 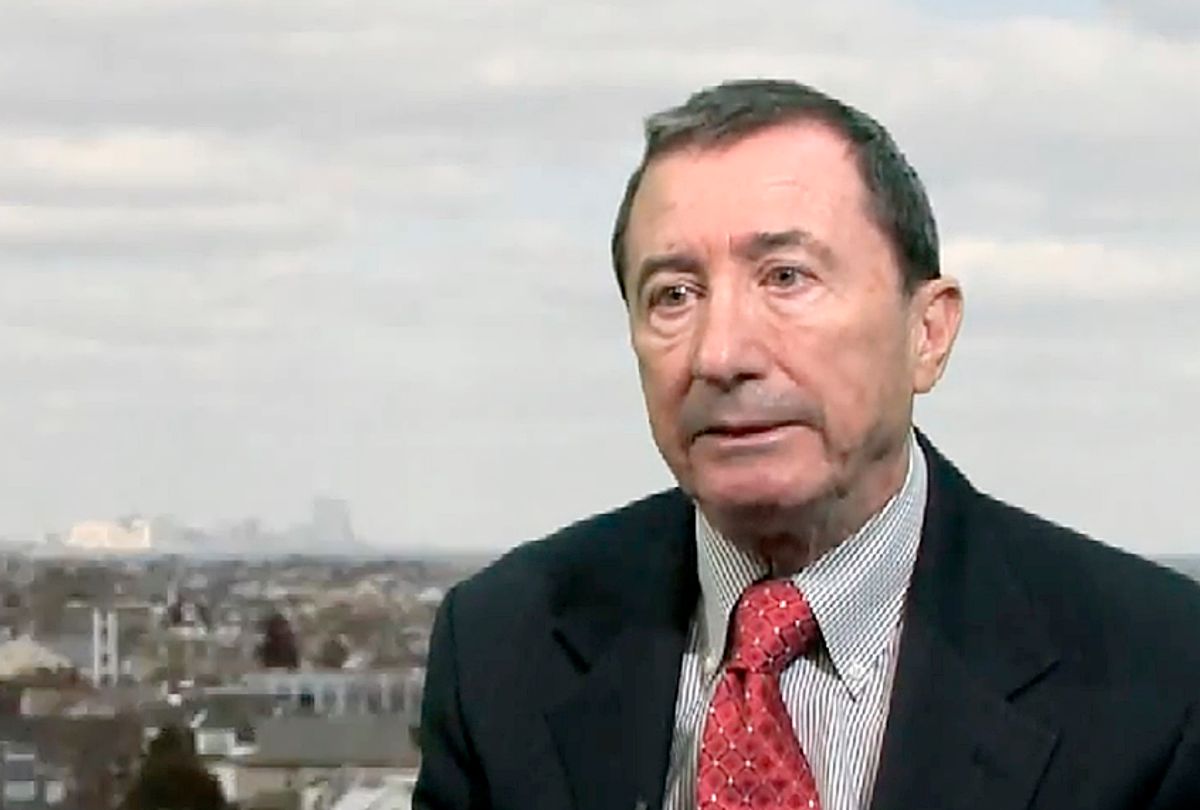 One of the Republican Party's nominees for Congress in the 2018 midterm elections was caught on camera asserting his controversial belief that "diversity is a bunch of crap."

Seth Grossman was the surprise victor over rival businessman Hirsh Singh in the GOP primary battle for New Jersey's second congressional district last week. The Democratic Congressional Campaign Committee "sees an excellent opportunity" to win back the seat occupied by outgoing Republican Rep. Frank LoBiondo, according to the Daily Beast.

Now they could have a better chance thanks to the Super PAC American Bridge 21st Century, the liberal watchdog who sent the footage of Grossman espousing his racially-tinged views at a spring campaign forum to the Philadelphia Inquirer.

In the video, Grossman can be heard saying to his audience, “In my view, the best way to bring diversity to the Republican Party is for Republicans to openly say that the whole idea of diversity is a bunch of crap and un-American.”

And that's not all. The clip, which clocks in at more than two minutes, continues to show Grossman dissecting the subject of diversity – one he believes has become "an excuse by Democrats" to say "we're not all created equal."

"You know, women, African American, Hispanic – they're chopping us up in these different pieces and getting us fighting against each other instead of spending our time saying everybody should be judged by their own talent," Grossman said.

"Once we say that the Republicans want these traditional ways that made America great for all these years," he continued, "then maybe African Americans would realize when we enforce our immigration laws, there will be more opportunity for Americans of all backgrounds."

"When we talk about women saying, 'Well, we need special care for child care. We need this credit and that credit.' Say, 'Wait a minute, when America was great, one parent alone earned more than enough money to comfortably support a family,'" he further added. "That's what happened before we chopped Americans into these different boxes and saying, 'I'm entitled to something, because I'm part of this group.'"

Grossman will face Democrat Jeff Van Drew in November's race to represent his New Jersey district. LoBiondo had held the seat since 1995 but retired this past year.

Van Drew raised the most money during his primary campaign. The Democrat raised $630,000, while Grossman raised $22,500, according to the latest filings to the Federal Election Commission.

Grossman’s platform is based on fundamentally hardline conservative views. The only political goals espoused on the campaign website involve enforcing immigration laws, repealing the remnants of Obamacare and supporting President Donald Trump.

Democrats aim to run competitive races for most of New Jersey’s Republican-controlled seats in the House of Representatives this fall. And the party landed its top choices in four of the state's contests, which could help Democrats flip the 23 seats needed to seize control of the House majority, according to CNN’s House Race Ratings.

And they do have one key recent data point on their side. In the 2016 election, Hillary Clinton won the Garden State over Trump by a margin of 14 percentage points. Primary battles across the nation this year have pointed to a "blue wave" of Americans turning out to vote in rebuke of Trump's administration.

Last night, Democrat Caleb Frostman triumphed over Republican rival Andre Jacque in a special election to capture Wisconsin's 1st Senate district. Salon's Matthew Rozsa reports, "The district, which is near the Green Bay area that is home to the famous Green Bay Packers football franchise, has been held by Republicans since the 1970s and is widely regarded as a staunchly conservative region."