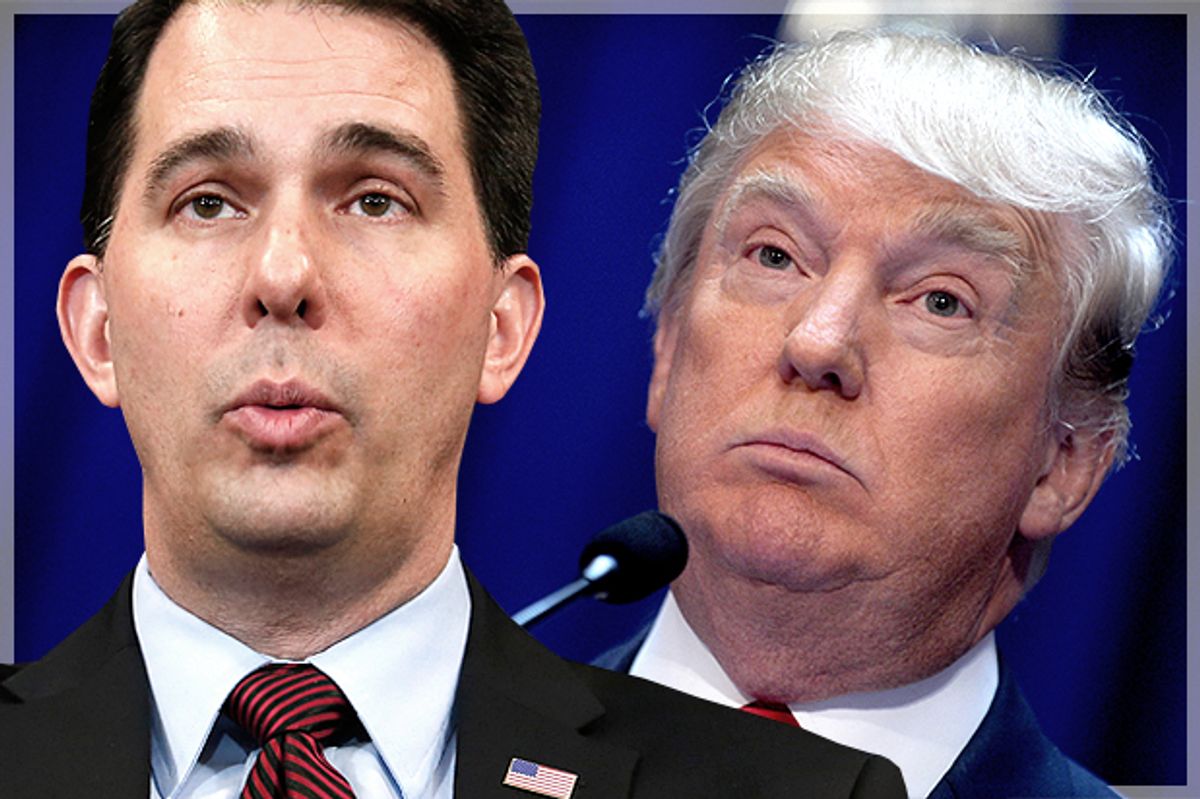 Democrats just won a big election in Wisconsin in a district where, less than two years ago, President Donald Trump bested Hillary Clinton by 17 percentage points.

Democratic candidate Caleb Frostman bested Republican Rep. Andre Jacque in Wisconsin's 1st Senate district on Tuesday, according to the Milwaukee Journal Sentinel. The 1st Senate district, which is near the Green Bay area that is home to the famous Green Bay Packers football franchise, has been held by Republicans since the 1970s and is widely regarded as a staunchly conservative region. When Trump ran against Clinton in that district during the 2016 presidential election, he wound up defeating her by 17 percentage points, according to the Associated Press.

"I would say that this is a statement that the people of Wisconsin want to see leadership that is going to work for them, that will bring people together and stop the divisive politics and will help create family jobs," Martha Laning, the Wisconsin Democratic Party Chair, told Salon. "They are concerned about the water that comes out of their spigot and want everyone to have affordable health care. And Caleb was talking about those issues."

In 2017 a study revealed that 60 percent of the wells in Kewaunee County had tested positive for fecal matter, according to ABC 2 WBAY. While both Frostman and Jacque supported legislation that would tightly monitor when, where and how manure can be spread, Frostman was able to use Jacque's deregulatory record against him.

Laning emphasized the importance of this issue during our interview.

"Literally, there are community members that can't drink the water in their home, and who wants to take a shower in it?" Laning told Salon. "And his opponent has voted over and over again against protections that would have insured that we're protecting our water. And Caleb was very strong on the issue of, 'I will put in place protections to be sure that our water is clean and healthy for everyone to drink.'"

As Laning observed, this issue played a heavy role in Frostman's upset victory on Tuesday — along with the efforts of the Wisconsin Democratic Party itself.

"I think there's two reasons," Laning told Salon when asked about why Frostman had succeeded. "One, that local issues are very important and I think Caleb did an outstanding job in talking about them. Two, the Democratic Party in Wisconsin has a new model that we're using and it's building neighborhood teams throughout the state."

She added, "I think those two combined — a great candidate and a great infrastructure to support that candidate — were key to this race."

Laning was also optimistic that Wisconsin's success in using a sophisticated infrastructure to turn out the vote and mobilize support behind strong candidates will be emulated by the national party.

"The Democratic National Committee is supporting our program, and they're very excited about what they've been seeing us do," Laning told Salon. "They believe in this grassroots organization and they've been investing themselves. They've invested over $200,000 in Wisconsin to support this infrastructure."

Frostman's victory is the latest in a series of signs that Wisconsin, which Republicans have considered to be an increasingly tantalizing state due to Scott Walker's two-term governorship and Trump's victory over Clinton there in 2016, may be seeing a Democratic Party resurgence. In January, Democratic candidate Patty Schachtner won a state Senate election in a northwestern district that also went to Trump by 17 points in 2016. At the time, Walker responded that this was a "wake-up call" for Republicans who might have otherwise become complacent about their electoral prospects. Walker's apprehensiveness about GOP control of the state was also evident in March when he reluctantly ordered special elections to fill vacant legislative seats, including the State Senate race won by Frostman and a General Assembly race won by the Republican candidate, after trying desperately to block them, according to the Associated Press.

"I think it's a wonderful sign for November," Wisconsin Communications Director Melanie Conklin told Salon at the time. After pointing to Schachtner's victory in January, she added that "now you have this election! And it's no wonder that Governor Scott Walker is having unhinged tweet storms where he keeps tweeting, 'Wake up call!' And then last night he kept tweeting, 'It's a Blue Wave! We could lose!"

Walker had indeed gone on a tweet storm that April.

"There's a clear reason why Scott Walker is having a public meltdown," Laning told Salon by email in April. "He knows Republicans are in trouble because Wisconsin Democrats are organizing across the state, so he's pleading for his usual right-wing backers like the out-of-state billionaire Koch brothers and Dick Uihlein to keep dumping outside corporate special interest spending into Wisconsin to bail him and his fellow Republicans out."

In many ways, it is historically appropriate for Wisconsin to suddenly serve as a microcosm for the larger political battles in the United States. The state was the home of one of America's most acclaimed progressive figures, Sen. Robert La Follette, as well as one of its most infamous right-wing politicians, Sen. Joseph McCarthy. More recently, the state had become solidly Democratic at least when it came to presidential elections; when it voted for Trump, it was the first time a Republican presidential candidate had won that state since Ronald Reagan in 1984.