Top Democrats say the wind is at their back: "I think it's a wonderful sign for November" 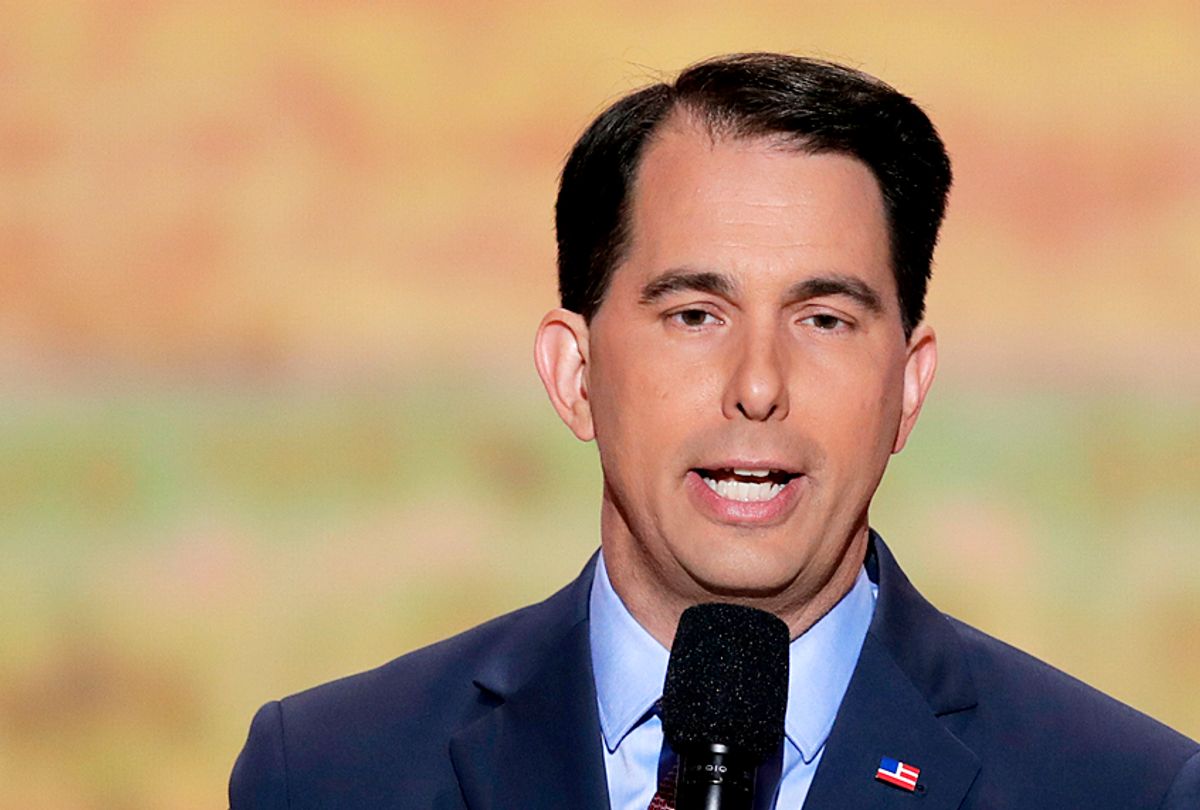 Wisconsin Democrats are exulting over their party's victory on Tuesday in an important election for a state Supreme Court seat — while the Republican governor has had a public meltdown on Twitter.

"We are waking up feeling very hopeful here in Wisconsin today. It's a feeling we could get used to!" Melanie Conklin, the communications director of the Wisconsin Democratic Party, told Salon.

"Last night was very clearly a loss for Governor Scott Walker and I say that more so than for Michael Screnock. And it was a loss for the Republican Party of Wisconsin, the business WMC lobby group that supports all Republicans and the National Rifle Association. Those three entities, and some of the other special interests, contributed massive amounts of money to win a spring election in Wisconsin when there wasn't a presidential primary."

The election on Tuesday was held between Milwaukee County Circuit Judge Rebecca Dallet, the Democratic nominee, and Sauk County Circuit Judge Michael Screnock, the Republican nominee. The race had been the subject of close scrutiny because Wisconsin has gradually emerged as a bellwether for the rest of the country. It's also a state that has seemed to move to the right over the course of this decade: In 2010, Walker won the governorship, despite running as a staunch conservative in a state known for its long progressive tradition.He was joined in victory by sweeping Republican majorities in both houses of the legislature. Walker eventually survived a recall effort in 2012 and was reelected in 2014.

By 2016, Donald Trump became the first Republican presidential candidate to win the state's electoral votes since Ronald Reagan in 1984.

Yet when Election Day rolled around on Tuesday, it was by a margin that one would expect in a solid blue state, not a purple one. Dallet wound up earning 555,786 votes (or 56 percent) to 440,566 votes (or 44 percent) for Screnock. She also won counties in every region of the state — north, south, east and west.

"I think it's a wonderful sign for November," Conklin told Salon. Conklin also pointed to the Democratic Party's upset win during a state senate special election in January, which allowed them to claim a seat that had been held by a Republican for 17 years and went to both Trump in 2016 and Republican presidential nominee Mitt Romney in 2012.

"And now you have this election! And it's no wonder that Governor Scott Walker is having unhinged tweet storms where he keeps tweeting, 'Wake up call!' And then last night he kept tweeting, 'It's a Blue Wave! We could lose!" Conklin told Salon.

The tweet storm in question occurred on Tuesday night, when Walker took to the social media platform to attack liberal Democrats even as he acknowledged that his party might be in trouble throughout the state.

If nothing else, Walker has considerable credibility as an analyst of the GOP's fortunes in Wisconsin. During his two terms as governor he has supported a number of measures designed to keep the Republican Party in control of the state's government. He supported a voter ID law that targets Democrats to gerrymandered districts that have given such an edge to GOP politicians that it has been challenged at the Supreme Court.

"There's a clear reason why Scott Walker is having a public meltdown," Wisconsin Democratic Party Chair Martha Laning told Salon by email. "He knows Republicans are in trouble because Wisconsin Democrats are organizing across the state, so he's pleading for his usual right-wing backers like the out-of-state billionaire Koch brothers and Dick Uihlein to keep dumping outside corporate special interest spending into Wisconsin to bail him and his fellow Republicans out."

Laning's views were echoed by Conklin.

"It's a great sign. And it shows the people of Wisconsin are fed up with what Republicans have done to the state, what Scott Walker — who has neglected Wisconsin while he was running for president or running the IGA — he just has not put the people in the state first," Conklin told Salon. "Up until recently, when he realized he was in trouble, he spent every year of his eight in power dismantling public education, throwing away the Obamacare money, just incredibly unpopular decisions."

She added, "This is a very big deal 'cause Walker and the Republican establishment were all in on this race, they threw everything on the line."

Former Wisconsin Democratic Party Chair Matt Flynn, who is a frontrunner in the Democratic gubernatorial primaries this year, also connected the Republicans' failure on Tuesday to national issues.

"There's something going on out here, and I think what it is is: People are getting a feel for the threat to our democracy," Flynn told Salon. "With Donald Trump in Washington, who is viewed as betraying us to the Russians for bribery and blackmail, and then here Scott Walker looking as if he's betraying us to his donors, and Paul Ryan doing nothing about it, there's a revolt. And what you're seeing is that a number of Republican constituencies are voting Democratic if there is a palatable Democratic candidate."

The need for a "palatable Democratic candidate" cannot be stressed enough. In a Public Policy Polling survey taken in October, Walker held a 43 percent approval rating compared to a 49 percent disapproval rating. His numbers in an election between himself and a generic Democratic opponent were similar: Forty-three percent of voters said they would vote for Walker, compared to 48 percent who said they would vote for the Democrat. This is certainly an ominous figure for a Republican who managed to survive a recall election as well as win two election campaigns, and who is a shoo-in to be nominated for a third term. At the same time, the margin separating Walker from his potential opponent is hardly insurmountable, suggesting that a Democratic candidate with Roy Moore-esque scandals or an uninspiring campaign style could wind up losing.

The Wisconsin Supreme Court race has been the latest in a long series of high profile local elections in which Democrats far surpassed expectations. There were also the gubernatorial, statewide and municipal elections held in Virginia in November, which saw Democrats make significant inroads including winning the governorship. One month later, Democratic Senate nominee Doug Jones pulled off an upset victory over Republican candidate Roy Moore in Alabama, a state that is widely regarded as staunchly conservative. Then Conor Lamb won in Pennsylvania's 18th congressional district in March, even though that district had been represented by Republican Rep. Tim Murphy since 2003.

The Wisconsin Republican Party did not return phone calls and an email requesting comment.