A threat to lose her legal funds and a new lawsuit against her former lawyer, to name a few 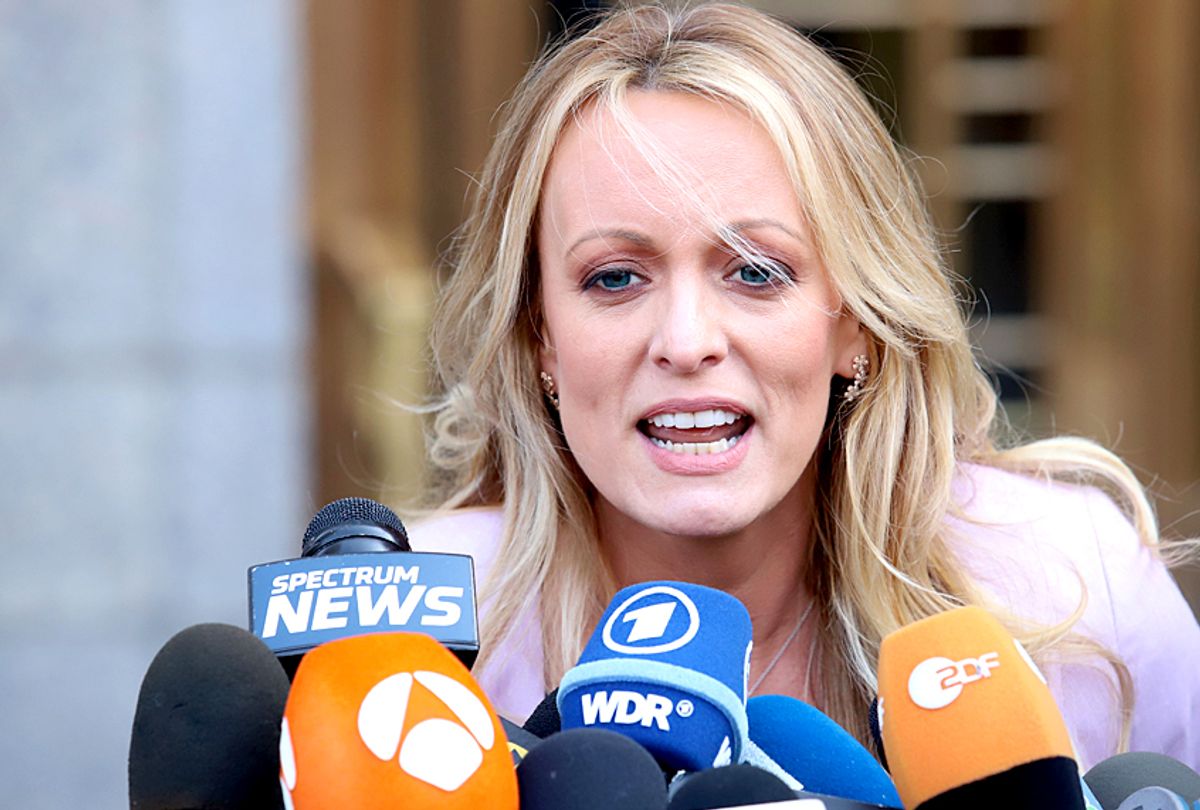 Stormy weather in the forecast for Stormy Daniels this week, as the Los Angeles Times reported on Wednesday that Daniels — a model who had an alleged 2006 affair with Donald Trump and whom the president's lawyer attempted to silence with a hush agreement — is at risk of losing the funds she crowdfunded to pay her legal fees in her lawsuit against President Donald Trump.

According to the report, a lawyer in Orange County named Jason Frank has asked a bankruptcy judge to seize the $577,000 to pay legal bills in her lawsuit against Trump. Frank is reportedly seeking the funds that Daniels raised as part of a $10 million judgment he won against the law firm Eagan Avenatti, the southern California law firm where Daniels' lawyer Michael Avenatti is a partner.

Frank, according to the report, claims Avenetti’s firm defrauded him millions of dollars.

In papers filed Monday in U.S. Bankruptcy Court in Santa Ana, Frank asked Judge Catherine Bauer to order Eagan Avenatti to give him all legal fees, up to $10 million, that the firm might collect from clients in 54 cases.

One of them is the lawsuit filed by Daniels to void the nondisclosure agreement that bars her from talking publicly about what she says was a 2006 sexual encounter with Trump at a Lake Tahoe resort. She received $130,000 to keep quiet.

Avenatti dismissed the claims to the Los Angeles Times:

Under no circumstances could the court order any money collected by Daniels to be turned over to Frank, Avenatti told The Times via email Tuesday. Eagan Avenatti does not represent Daniels and has no right to the crowdfunded money, he said.

In March, Daniels launched the fundraising effort to assist her with legal fees on the crowdfunding website, Crowd Justice.

"I need funds to pay for: attorneys' fees; out-of-pocket costs associated with the lawsuit, arbitration, and my right to speak openly; security expenses; and damages that may be awarded against me if I speak out and ultimately lose to Mr. Trump and Mr. Cohen," the page read.

This is not the latest legal hurdle that Daniels has faced. Last week she filed a new lawsuit against Keith Davidson, her former attorney, and Michael Cohen, President Donald Trump’s personal lawyer. The suit alleged Cohen colluded with Davidson, publicizing text messages in which the two allegedly discussed a plan to block the story about her alleged affair from leaking.

As I have previously written, Daniels’ fight is not only for justice for herself,  but also for all the women who have accused Trump of sexually harassing or assaulting them. Let us hope that Daniels’ perseverance to take down powerful men who epitomize the patriarchy — and who have tried to silence her — won’t be weighed down by petty obstacles.