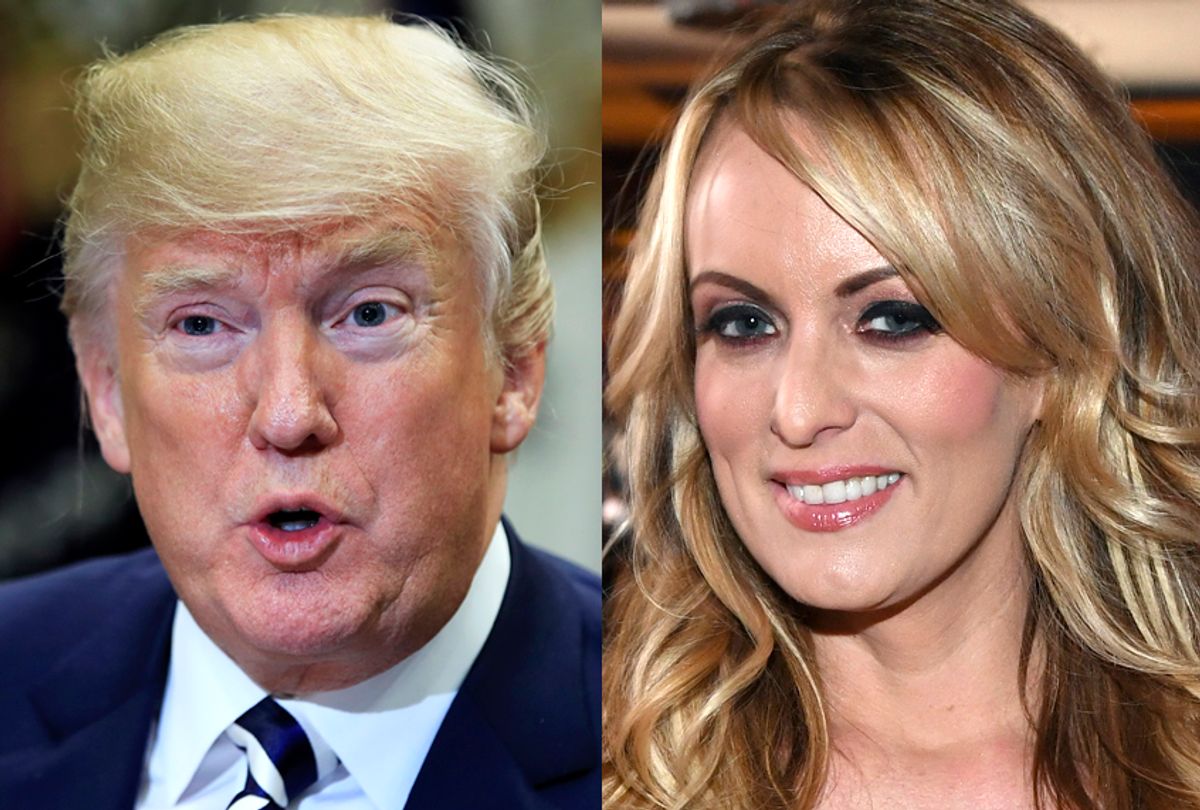 The motion was filed in a federal court in Los Angeles on Wednesday morning and also requested to depose Trump's lawyer, Michael Cohen, who facilitated the payment with his own funds through a limited liability company based in Delaware, according to CBS News. The request said the president's deposition, if allowed, would be "no greater than two hours."

Avenatti's request adds yet another intriguing fold to the ongoing saga and could prove to cause further legal complications for Trump, as he would be required to testify under oath and answer questions about what exactly happened.

The news comes just days after Daniels' lawsuit was amended to allege that Cohen had defamed her and violated campaign finance law, as Salon has previously reported. "The Hush Agreement was entered with the illegal aim, design, and purpose of circumventing federal campaign finance law," the new filing said.

The request for Trump's deposition said Daniels "intends to prove that the Hush Agreement did not have a lawful object or purpose."

It continued, "Rather, the Agreement and the $130,000 payment made pursuant to the Agreement, was for the 'purpose of influencing' the 2016 presidential election by silencing Plaintiff from speaking openly and publicly about Mr. Trump just weeks before the 2016 election."

A spokesperson for Cohen seemed to disregard any attempt by Avenatti to depose both Cohen and the president.

"I'm sure he [Avenatti] does want to depose the president. This case is so illogical, it's not going to happen. You can't make that happen by bringing a frivolous action," attorney David Schwartz said.

In a statement to CBS, Schwartz elaborated further, saying the request was "a reckless use of the legal system in order to continue to inflate Michael Avenatti's deflated ego and keep himself relevant. His statements are ludicrous when he asks where Michael Cohen and Donald Trump are? He knows they are following the rules of the court. They are handling the case in a court of competent jurisdiction and as a lawyer, he needs to do the same. This is politically motivated and people see through this charade."

Avenatti has argued that the nondisclosure agreement between Daniels and Trump is not valid because it was never signed by the president, only by Cohen and Daniels. On the other hand, Cohen has hoped U.S. District Court Judge S. James Otero would "send the Stormy Daniels dispute to private and confidential arbitration, as the agreement require," CBS noted.

Daniels' attorney has sought "an expedited trial, before a jury, on the question of whether or not the agreement is valid."