5 things to know about the Trump and Stormy Daniels scandal

The Stormy Daniels drama has encapsulated the White House, but Trump's attacks are nowhere to be found 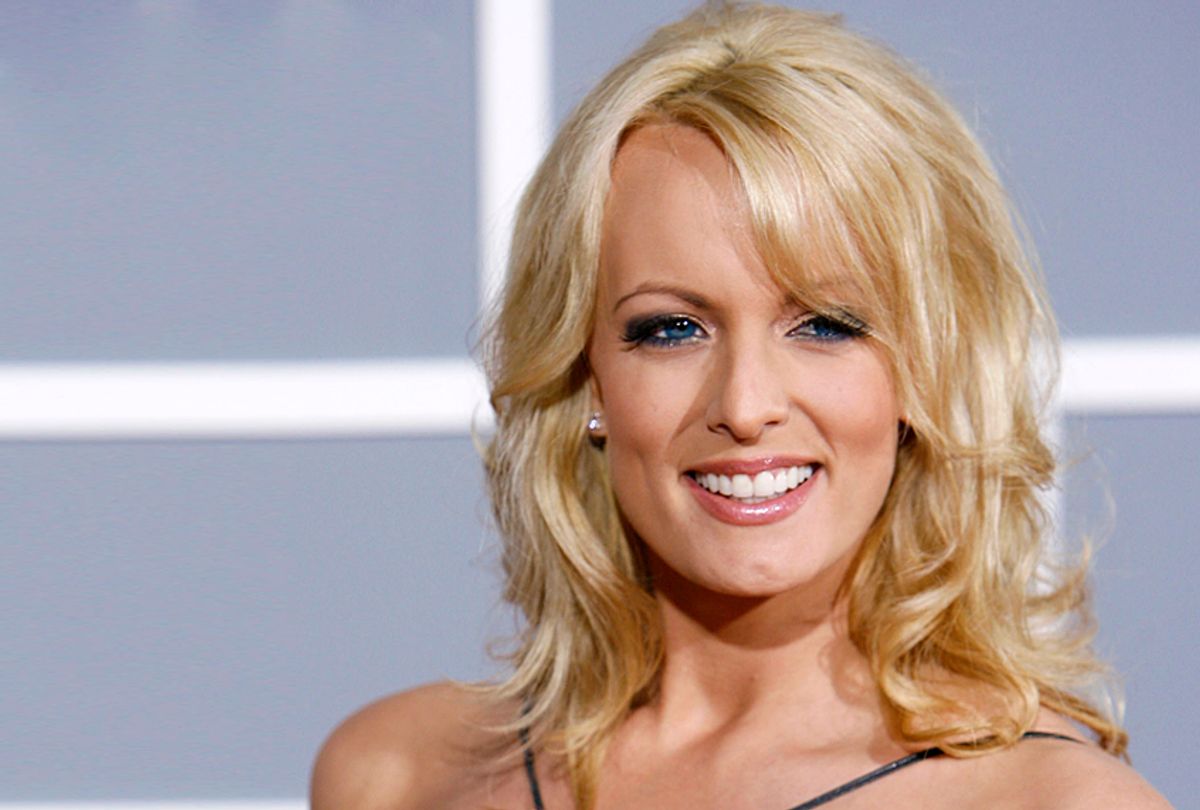 The Stormy Daniels saga has taken the White House by, well, let's just say, by storm.

The alleged extramarital affair between the pornographic actress and President Donald Trump has developed in recent days with new folds and further embarrassing revelations about the president. Here is a list of the new developments, and the latest fallout of perhaps the most intriguing scandal this administration has faced yet.

On Tuesday, Daniels filed a lawsuit against Trump in which she alleged he never actually signed the nondisclosure agreement she was paid $130,000 for by his attorney Michael Cohen. The "hush agreement" was used to keep Daniels quiet about the 2006 alleged affair between the two, and potentially other damaging details. It was signed only days before Trump was elected, and the only signatures on it were Daniels' and Cohen's.

The lawsuit also revealed that in the NDA, both Trump and Daniels were under the aliases, David Dennison and Peggy Peterson, respectively.

2. Fox News melted down when they realized the NDA might be invalid

In a "Fox & Friends" segment on Tuesday morning, a former attorney of the president, Jay Goldberg, delivered an inconvenient dose of reality when he weighed in on why he thought the NDA between Daniels and Trump might not be valid absent a signature by the president.

"It’s true. An agreement, you need the signature of both parties," Goldberg said. "And if there’s no signature by him, it’s not valid." He added that NDA's are often looked at with skepticism "because it impairs negatively on the right of free speech."

Needless to say, the segment came to a quick close after Goldberg's remarks.

3. Sarah Sanders slipped up in her defense of Trump, and he's not thrilled

In a press briefing on Wednesday, White House Press Secretary Sarah Huckabee Sanders said arbitration was won "in the president's favor." The remarks have been the first admission so far by the White House about any alleged interactions between Trump and Daniels.

By Thursday morning, a source close to the White House told CNN that Trump was "very unhappy" with how Sanders handled the ordeal. "Sarah gave the Stormy Daniels storyline steroids yesterday," the source said.

Just hours after the press briefing, Daniels' attorney, Michael Avenatti, told MSNBC's Lawrence O'Donnell that Sanders' claim about the president winning in arbitration is the furthest thing from the truth.

He went on to explain that Daniels told the truth in the 2011 transcript released by In Touch, in which Daniels detailed her experiences with the president.

Avenatti said, "I think ultimately if she's provided a forum to tell the complete story, I think the American people are going conclude that she's telling the truth."

To come full circle, Fox News' chief White House correspondent John Roberts reported that Trump was never angry with Sanders and that reports of such a reaction are "patently false."

In all, the White House is left trying to pick up the pieces of another Trump scandal. Interestingly enough, instead of going into attack mode, the president has remained noticeably quiet. Typically, Trump will deride a story against him as the latest example of the "fake news media" trying to take him down. When it comes to Daniels, however, the president hasn't issued any personal attacks and hasn't commented at all about the allegations.