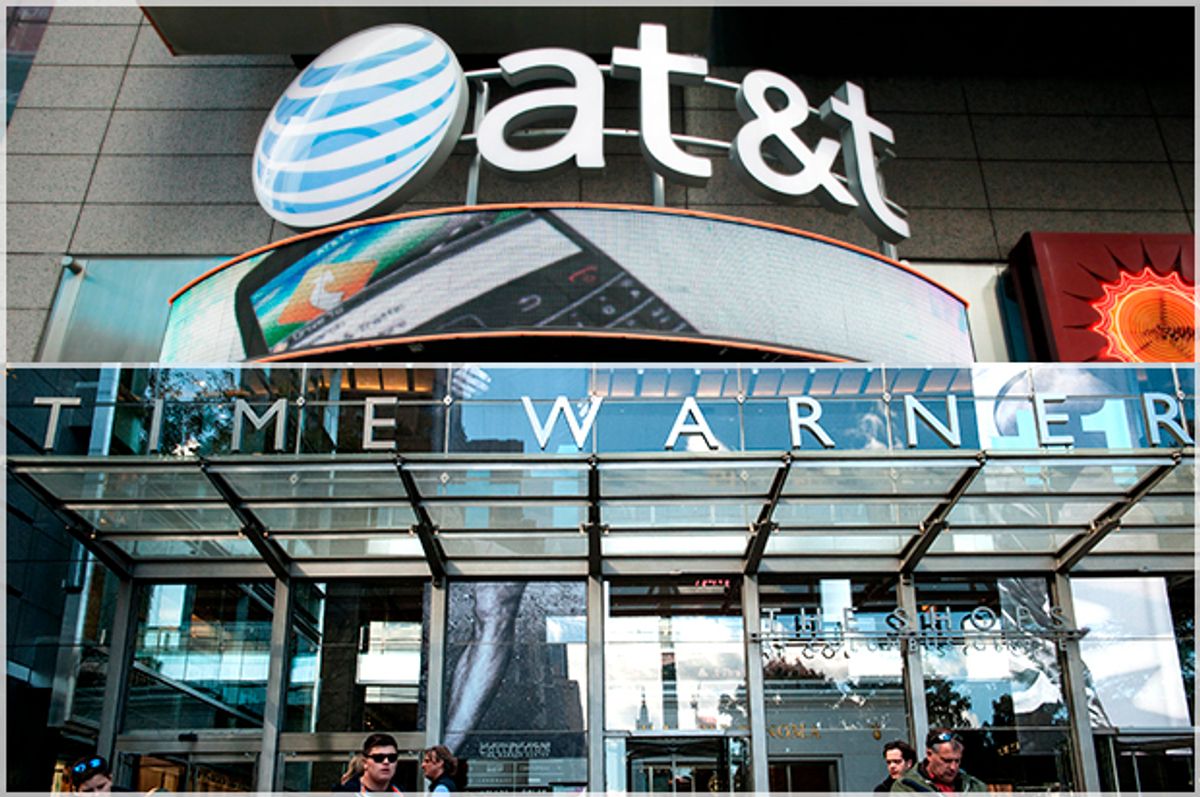 Thousands of AT&T employees across the Midwest are entering the sixth day of a rare, rank-and-file-led work stoppage over alleged unfair labor practices. The union representing them, Communications Workers of America (CWA) District 4, has been in contract negotiations with AT&T since March. While members voted overwhelmingly in April to authorize a strike if necessary, the decision to walk off the job last week was not coordinated by union leadership or subject to an official vote.

Instead, the union says that the action was a spontaneous one resulting from widespread anger at the company. In recent weeks, the union alleges that AT&T has tried to bypass its elected bargaining team by e-mailing thousands of workers directly. A May 22 e-mail outlined what the company termed a “final offer” and encouraged employees “to urge CWA leadership to provide you with an opportunity to vote for it."

CWA filed unfair labor practice charges against AT&T, alleging that this message constitutes bad-faith bargaining and “direct dealing” that violates the company’s duty to negotiate with the union as workers’ sole collective bargaining representative. The charges are still pending.

But in the meantime, the company sent three more e-mails, and workers’ frustration reached a boiling point, according to the union. Resentment had already been bubbling up over the AT&T’s decision to conduct more than 1,000 layoffs soon after receiving a windfall from the passage of federal tax reform. AT&T CEO Randall Stephenson was a prominent backer of the tax law, which he said would allow the company to create 7,000 jobs.

Not only were the e-mails from the company “disrespectful,” says Beth Dubree, secretary treasurer of CWA Local 4900 in Indiana, they “didn’t even really discuss job security.” Throughout last week, she says, “Our members kept calling, wanting to know why the company was doing this.”

Work stoppages that protest illegal behavior by employers are generally considered protected activity under federal labor law, and so-called unfair labor practice strikes are often an important component of union strategy. But spontaneous, rank-and-file-led walkouts that cross state and occupational lines are almost unheard of in recent years. CWA District 4 represents some 9,500 AT&T technicians, call center representatives and other personnel across Illinois, Indiana, Michigan, Ohio and Wisconsin. Thousands of workers in every state eventually took part, but the walkout started in Indiana.

In These Times spoke to several local elected officials and members about how the strike picked up momentum.

Early Thursday morning, one group of technicians in Local 4900 “decided that they had had enough” and walked off the job before their 7:00 a.m. shift, according to Dubree. Thanks to a group text chat, “the entire local knew about it by 7:30,” she says. Most workers’ shifts started at 8:00 a.m., and by that time, “no one went to work.”

“It was amazing how fast it spread,” says Dubree. “There wasn't even a hesitation.”

Word traveled quickly to other states with the aid of a closed Facebook group to coordinate mobilization across the district. Jim Simons, executive vice president of Michigan’s CWA Local 4009 and a 28-year AT&T employee, said that he began receiving calls with news of the Indiana walkout at 8:00 a.m. “The next thing I know, all of Ohio is out,” he says. “At 1:00 p.m., I got the call that two of my garages had walked out.” Soon after, most of the local’s more than 800 members joined in.

Simons says that workers in his local were already livid about layoffs and outsourcing. AT&T was among the companies praised by President Trump for giving out $1,000 dollar bonuses to employees after the passage of tax reform. But according to CWA, the company also laid off more than 1,500 employees in December. “When you do the math, those bonuses were paid for by the layoffs,” says Simons. Some workers in his local donated their bonuses to members who lost their jobs.

AT&T did not immediately respond to a request for comment on the walkout, but the company has released a statement that reads, “We’re offering a generous package including annual wage increases, continuation of job security provisions that are virtually unheard of in the U.S., and comprehensive health care and retirement benefits. In addition, the offer includes a commitment to hire 1,000 people in the region. All employees covered by the offer would be better off.”

But in April, CWA released a report charging that in the past seven years, AT&T has laid off more than 16,000 call center workers nationwide, shipping jobs to lower-paying call centers overseas. Last year, AT&T and other big companies boasted that tax reform would allow them to create more jobs in the United States, and CWA is among several unions now pushing the companies in bargaining to reveal whether they plan to follow through. In its fourth-quarter 2017 financials, AT&T said that tax reform helped boost the quarter's net income to $19 billion, compared to $2.4 billion in the same period a year before.

Anger over the tax cuts was front and center at a demonstration in Chicago this spring, where thousands of members gathered at AT&T headquarters to rally for a contract. During the rally, someone in the building put a sign in the window that read, “No one cares,” according to Simons. “You put all that together, and people were ready” to strike, he says.

As of Tuesday, most members in Wisconsin and Illinois have returned to work, but thousands in Michigan, Ohio and all of Indiana remain on strike, according to the union.

Tim Strong, president of CWA Local 4900 and a member of the District 4 bargaining team, also credits the wave of teacher strikes this year in inspiring members to walk out. Bargaining with AT&T is continuing this week over key issues including job security, use of contractors and healthcare costs, he says.

In the meantime, members have pulled off the longest work stoppage their union has seen since 1989. “I think it’s a reflection of the movement in this country—that you saw teachers who in many cases don’t even have collective bargaining rights going on strike,” says Strong. “And now 9,000 members decided to take this leap of faith and fight.”