Trump's coal and nuclear bailout is lawless, reckless and dangerous — and nobody noticed

Trump invokes "national security" to bail out his pals in the coal and nuclear industries. It's blatant corruption 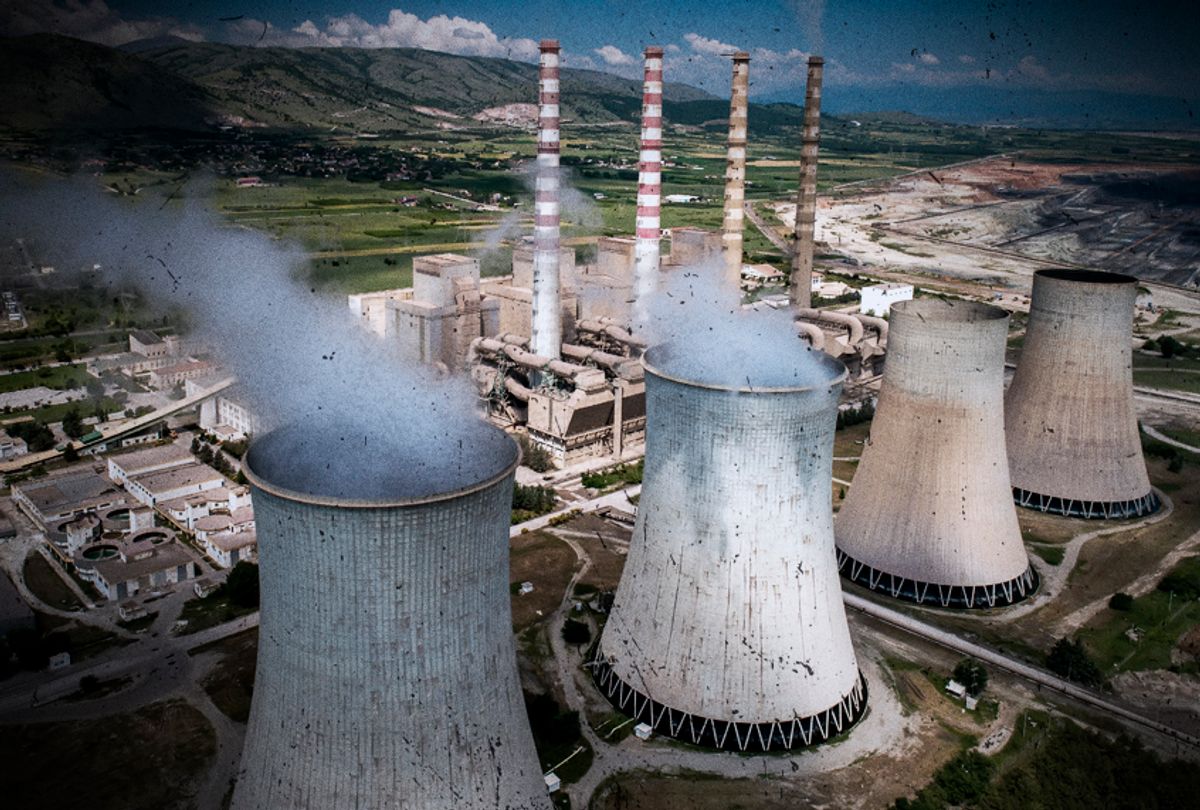 This article originally appeared on the Niskanen Center website. Used by permission.

Donald Trump’s latest gambit for bailing out coal and nuclear power plants is a two-year plan directing grid operators (and thus ultimately consumers) to pay designated plants enough “to forestall any further actions towards retirement, decommissioning, or deactivation.” The U.S. Department of Energy (DOE) will then supposedly use this time to figure out a permanent fix for two problems allegedly posed by these retirements.

The first of the alleged “problems” is that the resiliency of the U.S. electrical grid depends on these “fuel-secure” plants. But we’ve been down that road before, and no one is any more impressed with this argument now than they were when it was first floated – and shot down by the Federal Energy Regulatory Commission – last year.

The second of the alleged “problems” is that plant closures would threaten national security. If patriotism is the last refuge of a scoundrel, then “national security” is the last resort of a desperate politician. As we noted last time around, there is no way to shoehorn a coal and nuclear bailout into the confines of section 202(c) of the Federal Power Act that provides for such extraordinary orders (although the draft plan gamely runs it up the flagpole once again). And so the administration has glommed on to the Defense Production Act (DPA), another statute that gives the president emergency powers allowing him to circumvent the normal administrative process.

Two justifications are floated for using the DPA. First, that Defense Department facilities, like everything else, depend on the grid for their electrical supplies, and threats to grid resiliency are thus threats to national security. This rings hollow. The Department of Defense presumably ensures that its facilities have backup generation available for critical operations in the event of a grid outage. And if it doesn’t, it damn well should. Period.

The second justification is more intriguing: The need for a “robust civilian nuclear power industry to support the entire U.S. nuclear enterprise and U.S. nuclear leadership abroad.” This refers to nuclear weapons, naval propulsion (a third of the U.S. Navy fleet is nuclear-powered), nonproliferation efforts, etc. The draft relies heavily on a 2017 report by the Energy Futures Initiative (run by former DOE Secretary Ernest Moniz) which makes a strong case that all of these programs are dependent to various degrees on the manufacturing and educational pipelines that support the U.S. civilian nuclear power industry. This is certainly a long-term issue that deserves serious consideration, beginning with the question of whether, even though we already subsidize nuclear plants to the tune of billions of dollars every year, we will have to permanently prop some number of them up even further in order to ensure the safety of America’s nuclear weapons, our ability to maintain a nuclear navy, and to continue global nuclear nonproliferation efforts.

That said, the idea of using the president’s extraordinary powers under the Defense Production Act to order a two-year bailout of nuclear power plants is both absurd and frightening. Absurd, because there is obviously no need for this: Few, if any, of the 99 reactor units in the United States will be retired in the interim. Although the draft claims (with no citation) that 12 of these units have announced retirement, according to a report last month from the Energy Information Administration, only six units have announced plans to retire “by 2025.” What’s more, last year four plants that had planned to retire reversed those decisions as a result of state subsidies for their zero-carbon generation. Assuming that none of the six units currently on the retirement track get their own state subsidies (and they are hard on the trail of them), and that all of them would somehow close down over the next two years, there is no credible way to argue that the remaining 93 nuclear units would not be enough to continue their role in supporting the U.S. nuclear enterprise.

And so we come to frightening. The draft plan justifies using section 101(c) of the Defense Production Act on the basis of its only previous use, during the 2000 California energy crisis. Section 101(c) authorizes the president to “require the allocation of, or the priority performance under contracts or orders … relating to, materials, equipment, and services in order to maximize domestic energy supplies,” and it is well worth recalling how and why it was used.

Beginning on December 14, 2000, then-DOE Secretary Bill Richardson issued a series of Federal Power Act 202(c) short-term emergency orders to ensure electricity supplies for California. Then, faced with the refusal of natural gas suppliers to sell gas to Pacific Gas & Electric in light of fears that PG&E would go bankrupt, on Jan. 19, 2001, President Bill Clinton invoked both the Natural Gas Policy Act, as well as DPA section 101(c), and authorized Richardson to ensure supplies of natural gas to central and northern California. Richardson then ordered the suppliers to continue sales to PG&E under terms consistent with their previous contracts.

Richardson’s Jan. 19 order expired, by its own terms, on Jan. 24. George W. Bush was inaugurated on January 20, and on Jan. 23, at the request of California Gov. Gray Davis, the new Energy Secretary, Spencer Abraham, extended the order by two weeks, during which time the California legislature bailed out PG&E and ended the need for federal intervention.

California’s largest utility getting cut off from natural gas supplies qualifies as an emergency. Not only did PG&E need the gas supplies to run its own power plants — the “G” in its acronym stands for “gas,” and millions of households would have lost access to cooking and heating fuel. Invoking section 101(c) for 19 days in these circumstances is precisely the sort of situation justifying the use of the president’s extraordinary powers under the DPA. In contrast, the Trump administration’s proposal of “let’s use a pretext to invoke this emergency authority so we can bail out our political allies for a couple of years,” is yet another example of this presidency stretching the rule of law to a breaking point. Is anybody taking note of this?

David Bookbinder is chief counsel at the Niskanen Center. In the public interest sphere, he has litigated dozens of cases under all of the major environmental statutes and formerly served as chief climate counsel at the Sierra Club.