Ode to the Western Oyster 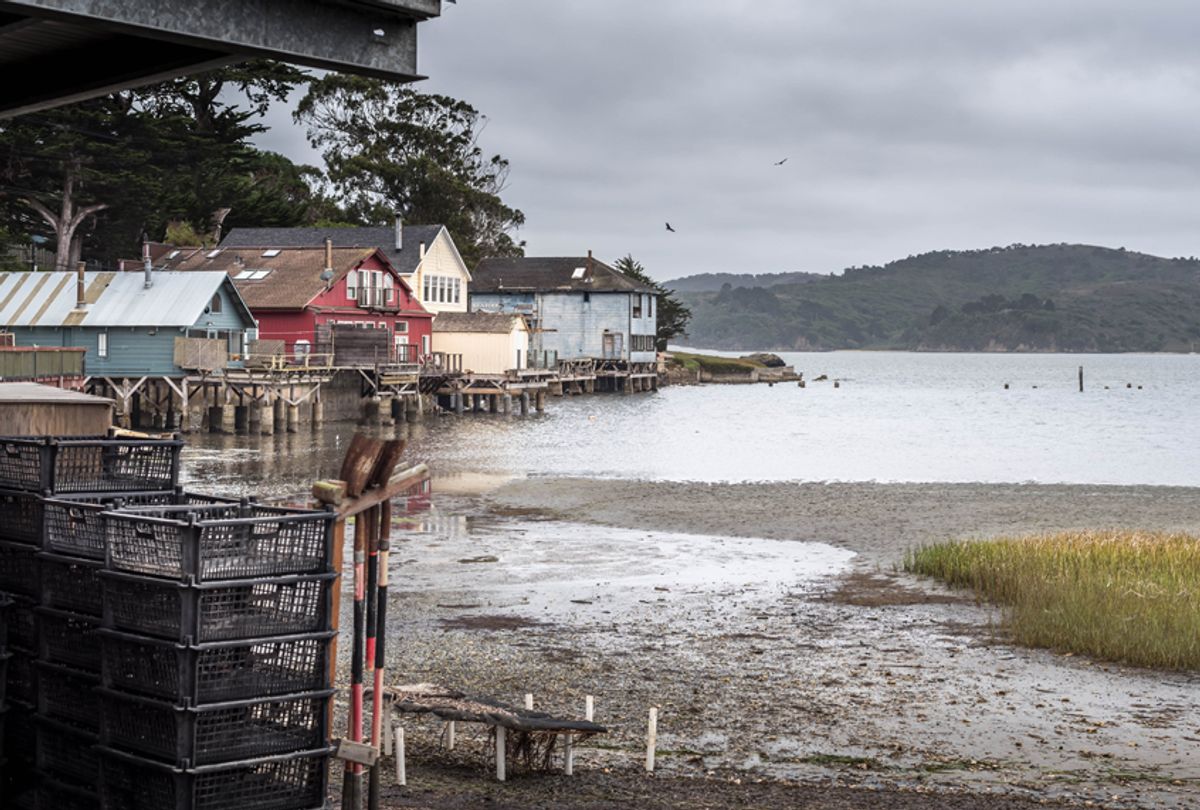 There are people who love oysters. People who happily, greedily gobble them up whenever they have the chance, who will go out of their way for an especially delicious, exotic variety, and are sure that a celebration without freshly shucked oysters is not a real celebration at all.

And then there are the real oyster fanatics, known since antiquity, the folks who claim to have a transcendent relationship with the bivalve. You can read all about it. For Cicero, MFK Fisher, Ernest Hemingway and Anthony Bourdain (among many others), the act of eating an oyster can be life changing, a portal to another plane of existence. And while I always believed that the oyster could have transcendent powers, I believed it the same way I believe people who say they walk out of yoga class in an exalted state, bursting at the seams with well-being and happiness. I believe it, but it never happened to me.

And then, a few months ago, I moved to Northern California after a life lived (mostly) on the East Coast and my relationship with the oyster underwent a radical and profound transformation. The Pacific oyster (and the oyster raised in the Pacific) is a succulent, mind-opening thing.

Soon after my family and I arrived in the Bay Area, wide-eyed and in future shock, we began tentatively exploring our new environs, trying to get our bearings. We’d only been in California for a few weeks when someone suggested we go up to Hog Island, an oyster farm near Point Reyes, on Tomales Bay.

Tomales Bay is in western Marin county, about 30 miles north of San Francisco. The narrow inlet lies directly over the San Andreas Fault, the meeting place of the Pacific and North American continental plates. Tomales is pristine. Its waters are fed by freshwater creeks, including the legendary, north-flowing Lagunitas, an important habitat for the Coho salmon. Oysters have thrived in Tomales for millennia, providing a feast for those lucky enough to live near its shores.

And Tomales is also an immoderately beautiful place, its wide, open landscape of sea and low, grass-covered hills more reminiscent of Skye or the Northern Atlantic coast of France than anything in New England or on Long Island.

But that day, as we drove up the eastern, rocky shore of the bay, Tomales seemed unworldly, like a dream of the seaside. Soft sunlight glimmered on the waves and a breeze full of the ocean and wet earth and wood smoke washed over us. By the time we got to Marshall, the modest town where the Hog Island Oyster Company has operated since the mid-1980s, we were giddy from the profligate natural beauty around us.

Hog Island, with its world class aquaculture and legendary oysters, does not seem to take itself overly seriously, at least not architecturally. It is a pleasant, weathered, working farm, bustling and busy but not crowded. On your way to the café you walk past seawater-filled oyster tanks and a place to buy bushels of oysters and Manila clams.

We ordered Hog Island Sweetwaters, a variety of Pacific oyster that is the farm’s centerpiece, and kumamotos. Small, mild and a little sweet, kumamotos are often, unfairly, condescended to as “crowd-pleasers” or “starter oysters” by aficionados.

Our oysters arrived, offered up simply, resting on ice in pools of their own liquor with a sliced lemon (I think) and maybe a small cup of a mignonette-type sauce on the side. And right then, as I slurped a Sweetwater out of its shell, I knew that I’d never tasted an oyster before, not really. It tasted like the sea (like all really good oysters do), but this was a bigger, deeper taste, like being inside the sea, like the burst of ocean you get in the back of your throat when you’re body surfing and get slammed upside down and inhale a noseful of seawater. And there were all kinds of smaller, elusive flavors in that Sweetwater, too, of minerals, almost copper, and the vaguest memory of sand and rock.

I understood that I had never tasted an oyster like that because I had never eaten one like that. Plucked out of the cold ocean right before it was shucked and then delivered to me so quickly that the oyster in its shell was dying but not yet dead, shivering in its briny liquor, and still warm with life as I swallowed it. For the first time, I was eating an oyster the way a seabird or walrus or a seal does, tasting what they do when they crack open the shell and suck down its meat.

And as we sat there, silent and content, savoring each delicious oyster, absorbing this unexpected and previously unimaginable pleasure, all of it lit by the narcotic sunshine, with the tinny sound of Duran Duran wafting up from someone’s iPhone speaker in the picnic area, I realized that I felt awake, or at least a little less asleep, and that a new life, exhilarating and strange and unknown, was beckoning me.

I am fully aware that now that I have glimpsed eternity on the half shell (so to speak) I am seriously in danger of becoming insufferably, humorlessly, Californian about oysters. So, offered up with all apologies, here is a manifesto for eating the West Coast oyster.

And if you find yourself overwhelmed by an urge to cook oysters that have been freshly plucked from the cold Pacific ocean, have a drink, pull yourself together, and then steam mussels or cook up a batch of spaghetti vongole, or something.