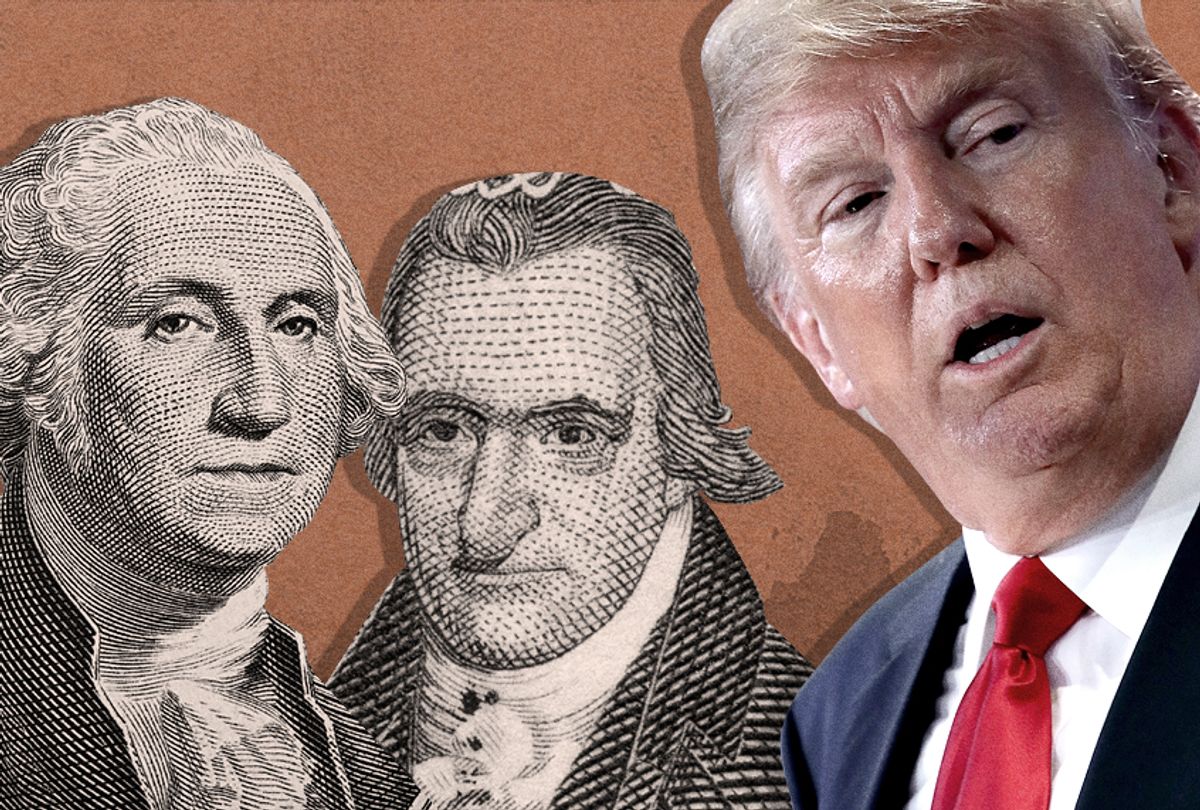 When lawmakers meet with President Trump on Tuesday to discuss immigration policy, the trauma of thousands of incarcerated immigrant children separated at the border from their asylum-seeking parents should pinpoint the failure of the Trump administration's new "zero tolerance" policy.

"To undo a mistake is always harder than not to create one originally," as First Lady Eleanor Roosevelt declared during her visit to a Japanese-American internment camp in Arizona in 1943. “But we seldom have the foresight.”

History provides that foresight now. In fact, our failed immigration policy has been a series of colossal mistakes.

Right before her trip to the Arizona camp, Roosevelt had read the dissenting opinion of her friend Judge William Denman on the U.S. Circuit Court of Appeals regarding the case of Fred Korematsu, a Japanese-American who had resisted internment. Denman agreed with fellow Justice Frank Murphy, who likened the Court’s upholding of the military order of internment to the “legalization of racism” and as an example of “the abhorrent and despicable treatment of minority groups by the dictatorial tyrannies which this nation is now pledged to destroy.”

Never has that sentiment been so apt as it is now in the United States under the Trump administration.

Invoking ancient Bible scripture last week to defend Trump's draconian policy of separating immigrant children from their families at the border and ramping up the criminalization of improper entry, Attorney General Jeff Sessions effectively trashed a fundamental American principle of democracy established in 1776.

Six months before the Declaration of Independence was signed on July 4 of that year, revolutionary forefather Thomas Paine challenged Americans to "stand forth" for a fundamental American credo: "O! receive the fugitive, and prepare in time an asylum for mankind."

Paine, an immigrant who gave our nation its name -- the United States of America -- was not alone. Immigration rights were one of the main grievances in the Declaration of Independence in 1776; it charged the British crown with refusing “to encourage their migrations hither” under immigration laws.

In 1783, George Washington embraced this sanctuary concept of the emerging country, declaring our liberated nation “open to receive not only the Opulent and respectable Stranger, but the oppressed and persecuted of all Nations and Religions.”

President Thomas Jefferson admonished Congress in 1801 to correct a mistake in naturalization laws in the aftermath of a tide of xenophobia against the French and Irish, among others. Invoking Paine, Jefferson sought to renew the American vision of the nation as a place of sanctuary: "Shall oppressed humanity find no asylum on this globe?"

Yet in 2018, Trump's "zero tolerance" policy is not only an unconscionable act of persecution, it potentially violates the terms of the Refugee Act of 1980 that requires the U.S. to grant asylum or temporary refugee status to people unable to return to their country because of persecution.

The plan to erect "tent cities" for children separated from their immigrant and refugee parents at the border essentially jettisons any pretense of civil rights and violates the principles behind the Immigration Act of 1965.

"Families were kept apart because a husband or a wife or a child had been born in the wrong place,” President Lyndon Johnson said in 1965, signing the Immigration Act on Liberty Island. “It has been un-American in the highest sense, because it has been untrue to the faith that brought thousands to these shores even before we were a country. We can now believe that it will never again shadow the gate to the American Nation with the twin barriers of prejudice and privilege.”

It's time for Congress to act and reverse the Trump administration's policy. The Keep Families Together Act introduced in the Senate is a start.

It's time for us to invoke our American history of correcting our worst mistakes, rather than invoking ambiguous Bible verses, in determining national policy.

"O ye that love mankind!" Paine wrote in 1776. "Ye that dare oppose, not only the tyranny, but the tyrant, stand forth!"