“What fascinated me about Neil Armstrong is that he is kind of a mystery,” Chazelle said about the new film 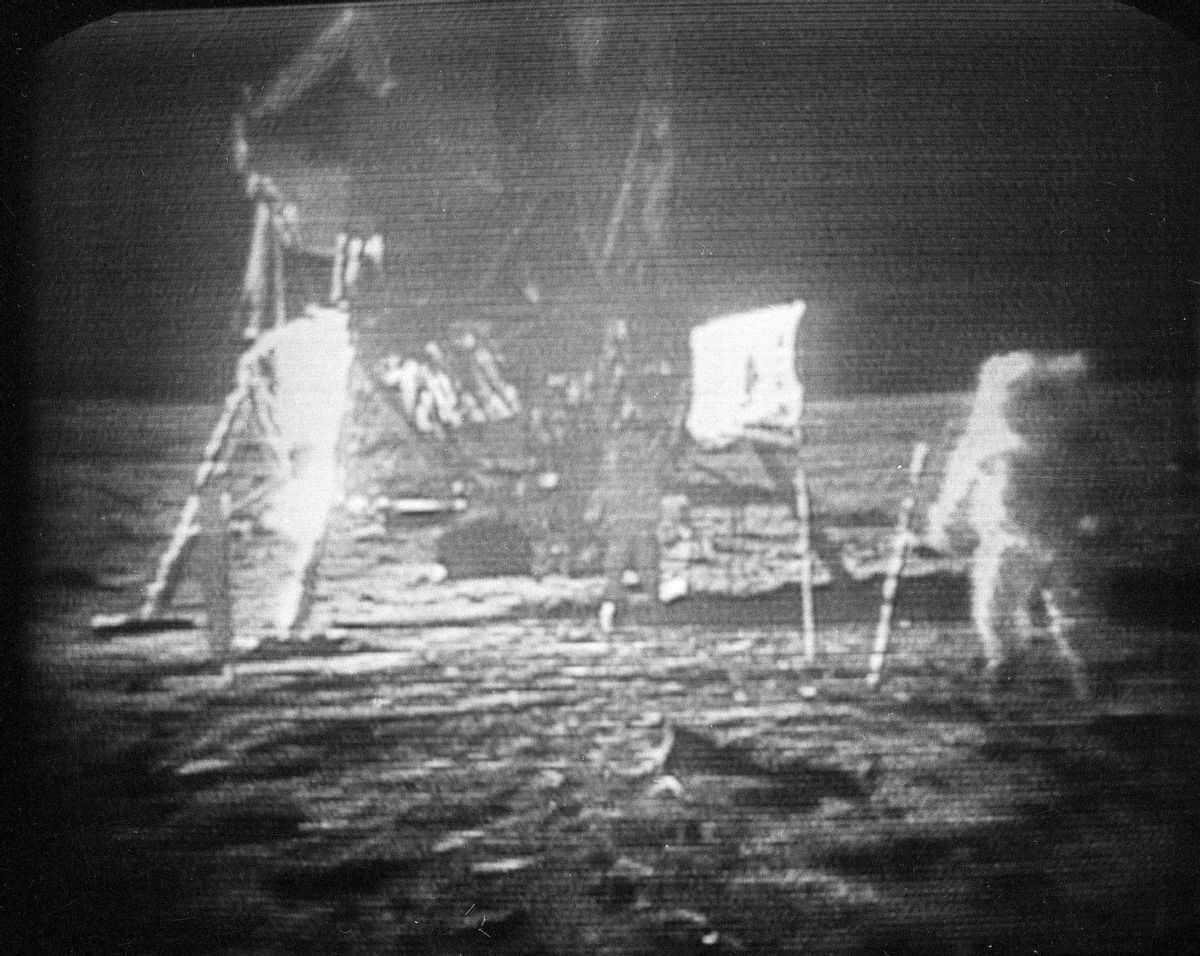 FILE - In this July 20, 1969 file photo, Apollo 11 astronaut Neil Armstrong, right, trudges across the surface of the moon leaving behind footprints. The National Air and Space Museum is launching a crowdfunding campaign to conserve the spacesuit Neil Armstrong wore on the moon. The campaign begins Monday, marking 46 years since Armstrongs moonwalk in 1969. Conservators say spacesuits were built for short-term use with materials that break down over time. The museum aims to raise $500,000 on Kickstarter to conserve the spacesuit, build a climate-controlled display case and digitize the spacesuit with 3D scanning. (AP Photo, file) (AP)
--

Damien Chazelle directed Ryan Gosling to an Oscar nomination for best actor in “La La Land,” and he could do the same in the upcoming “First Man.” The Neil Armstrong space drama is one of Universal Pictures’ major Oscar contenders set for release this fall and it’s Chazelle’s first movie since “La La Land” made him the youngest best director Oscar winner in history.

Read more IndieWire: Peter Jackson Kills the Rumors He’s Involved in Amazon’s ‘Lord of the Rings’ Series and the DCEU

“First Man” stars Gosling as Armstrong and recounts the astronaut’s obsession with landing on the moon and the years it took to achieve the goal. Claire Foy, who also has “The Girl in the Spider’s Web” opening in the fall, plays Janet Shearon, Armstrong’s first wife. The supporting cast includes Corey Stoll as Buzz Aldrin, Kyle Chander as Deke Slayton, and Jason Clarke as Ed White.

“Ryan and I described the movie to each other as it’s about the moon and the kitchen,” Chazelle told PEOPLE, “which means basically we wanted to tell the story about one of the most epic accomplishments in human history, but root it very much in the intimate and the day to day details of what it was actually like. What did it feel like to be Neil or Janet at that moment in time and going through these truly superhuman kind of events.”

Read more IndieWire: Terry Gilliam Sounds Off on Superhero Movies: ‘I Hate Them. It’s Bullshit. Come On, Grow Up!’

As for why Chazelle decided to reunite with Gosling for the film, the director said he saw similarities between the actor and his movie subject.

“Neil was not a showy person,” Chazelle said. “A lot of the other astronauts and pilots of that era were what you expect, the outgoing, hotshot types, but Neil was very different. He was the brainier, quieter, more introverted person and he’s a man of few words who did the job and got it done. I see a little bit of Ryan in that as well and I think Ryan was able to capture it beautifully.”

Click the embed below to view the first look “First Man” photos on PEOPLE.