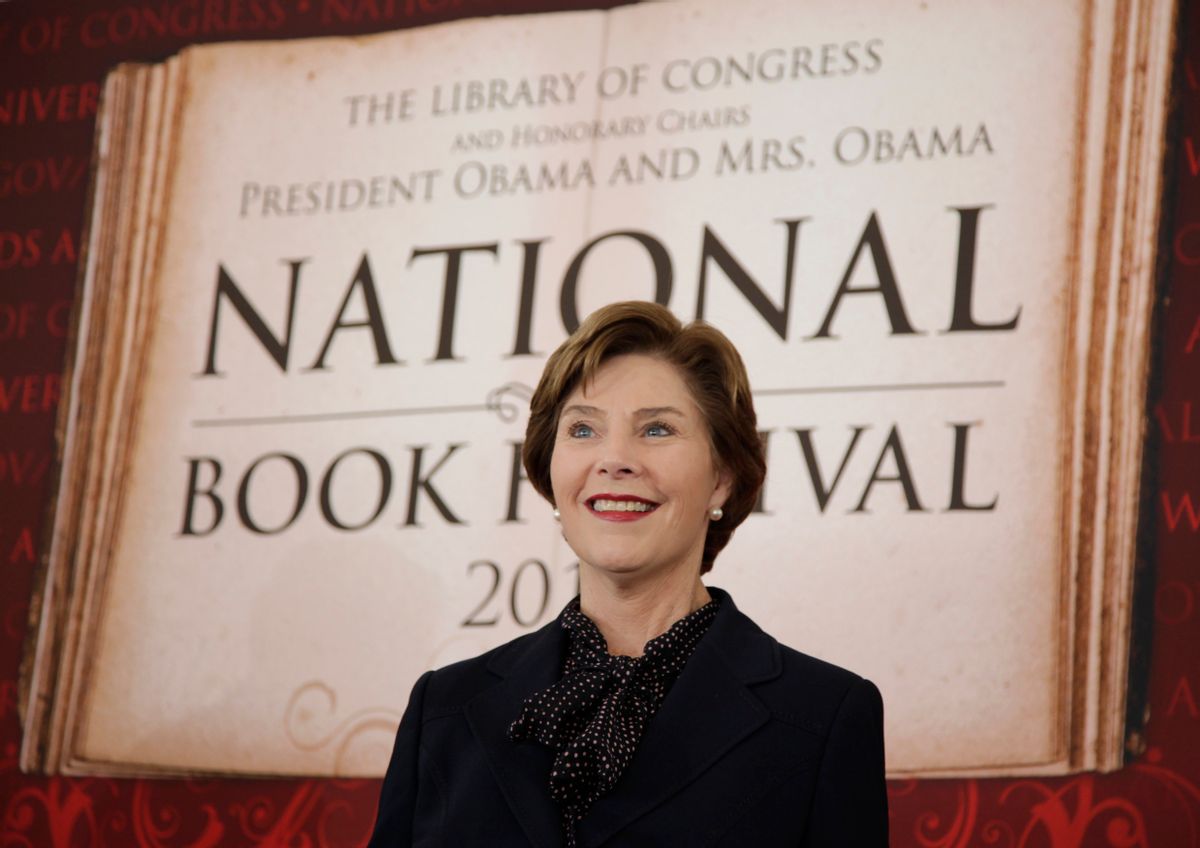 In this photo taken Sept. 25, 2010, former first lady Laura Bush arrives at the 10th annual National Book Festival, organized and sponsored by the Library of Congress, on the National Mall in Washington. The National Book Festival will continue in its new location at the Washington Convention Center over Labor Day weekend with a special nod to Thomas Jefferson's role in building the Library of Congress. The festival will be held Sept. 5, the library announced Tuesday. It will feature more than 100 authors across many genres, including historian Annette Gordon-Reed. She won the Pulitzer Prize for history for her work changing the scholarship about Jefferson and his relationship with slave Sally Hemings. (AP Photo/Carolyn Kaster) (AP)
--

Former First Lady Laura Bush is normally very quiet on policy. She was content at the White House fighting for literacy and libraries. However, Sunday, she released an op-ed in The Washington Post blasting President Donald Trump for separating migrant families on the border.

“I live in a border state,” Mrs. Bush wrote. “I appreciate the need to enforce and protect our international boundaries, but this zero-tolerance policy is cruel. It is immoral. And it breaks my heart.”
She then noted the detention facilities were “eerily reminiscent’ of the Japanese internment camps the U.S. built after Japan attacked Pearl Harbor during World War II.

“Americans pride ourselves on being a moral nation,” she continued. “If we are truly that country, then it is our obligation to reunite these detained children with their parents — and to stop separating parents and children in the first place.”