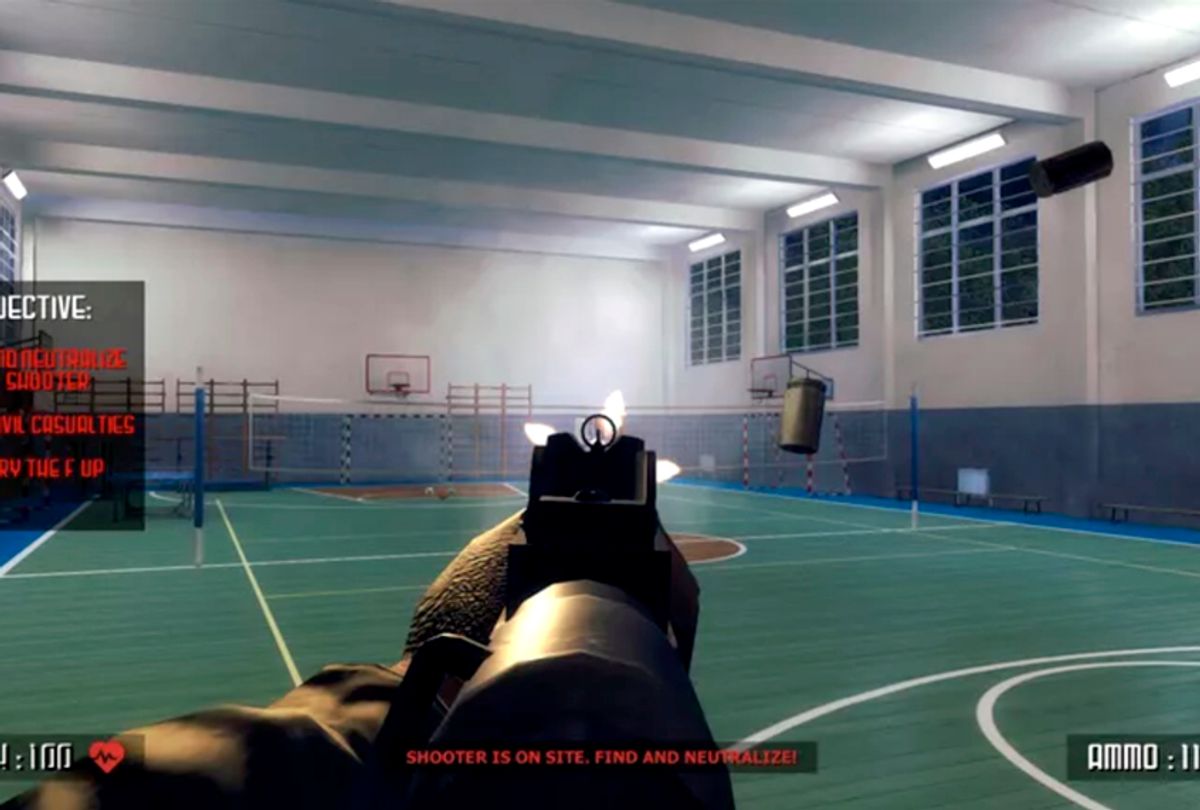 Digital payment company PayPal is the latest corporation to take a public stance against gun violence. News surfaced on Wednesday that the company halted the sales of a violent video game, called “Active Shooter" by Acid Software, a game that emulates a school shooting by allowing players to select between being an active shooter in a school or the SWAT team responding.

Acid Software, the game’s Russia-based publisher, tweeted on Wednesday that its sales were stalled.

“Please wait while we figure out the whole situation with #Paypal,” the company tweeted.

Paypal confirmed later that the move was intentional.

"PayPal has a longstanding, well-defined and consistently enforced Acceptable Use Policy, and regardless of the individual or organization in question, we work to ensure that our services are not used to accept payments for activities that promote violence," the company said in a statement Wednesday.

According to data collected by non-profit advocacy group Everytown for Gun Safety, a gun has been brought to an American school on average at least once a week this year. The tragic February shooting at Marjory Stoneman Douglas High School in Parkland, Florida, led to a national movement against gun violence in schools, and a rise in student activism. While many companies have taken a stand against violence by severing ties with The National Rifle Association, PayPal is unique in prohibiting sales of a violent game that depicts a high school shooting. Paypal reportedly already prohibits firearm transactions.

Shannon Watts, founder of Moms Demand Action, tells Salon the move constitutes a stance against gun violence, but it won’t necessarily keep potential shooters from from getting guns in their hands and executing a violent plan.

“There is no definitive data that shows us that violent video games increase shootings,” Watts said. “Other high-income countries play the same video games, yet we have a 25 times higher homicide rate than our peer nations and we believe it is because of the easy access to guns.”

“However, this video game is insensitive and cruel ,” Watts added. “Children's trauma is not entertainment, and PayPal is doing right thing in this instance “

Indeed, Paypal’s move, while admirable and good-willed, draws attention to the politics of the gun debate, and the government’s lack of willpower to instate stricter gun control laws. Some teen activists who rally against gun violence tend to agree.

Jake Cohen, an activist at Tamalpais High School in Mill Valley, California, said while he has never heard of the game, video games are a small slice of the bigger problem.

“I’ll put it simply, adults love to do everything but fix the problems that they helped create, or solidify into our society,” Cohen told Salon. “Violent video games play such a microscopic role in the landscape of gun violence.”

“It really just comes down to guns, guns and lax gun laws cause gun violence,” Cohen added. “There are smaller influential factors, but as long as weapons of mass destruction have the legal ability to be owned by the wrong people, gun violence will always prevail.”

As did Emma Duhamel, a student activist and member of the group Lobbying for A Safer Tomorrow, in Ohio.

“I don’t think that stopping the sale of violent video games will decrease school shootings,” Duhamel told Salon. “I do, however, believe that cultural changes (such as less violent media available to kids) will help our society remember that gun violence costs us the lives of our fellow citizens- real people.”

“That alone will not solve the plague of violence in our nation, but it will take us closer to our end goal than we are now,” she added.