What Jeff Sessions gets wrong about immigration and the Bible: We're commanded to love the stranger

A sermon from Mississippi: "We all have histories as aliens, strangers and foreigners" and must remember that 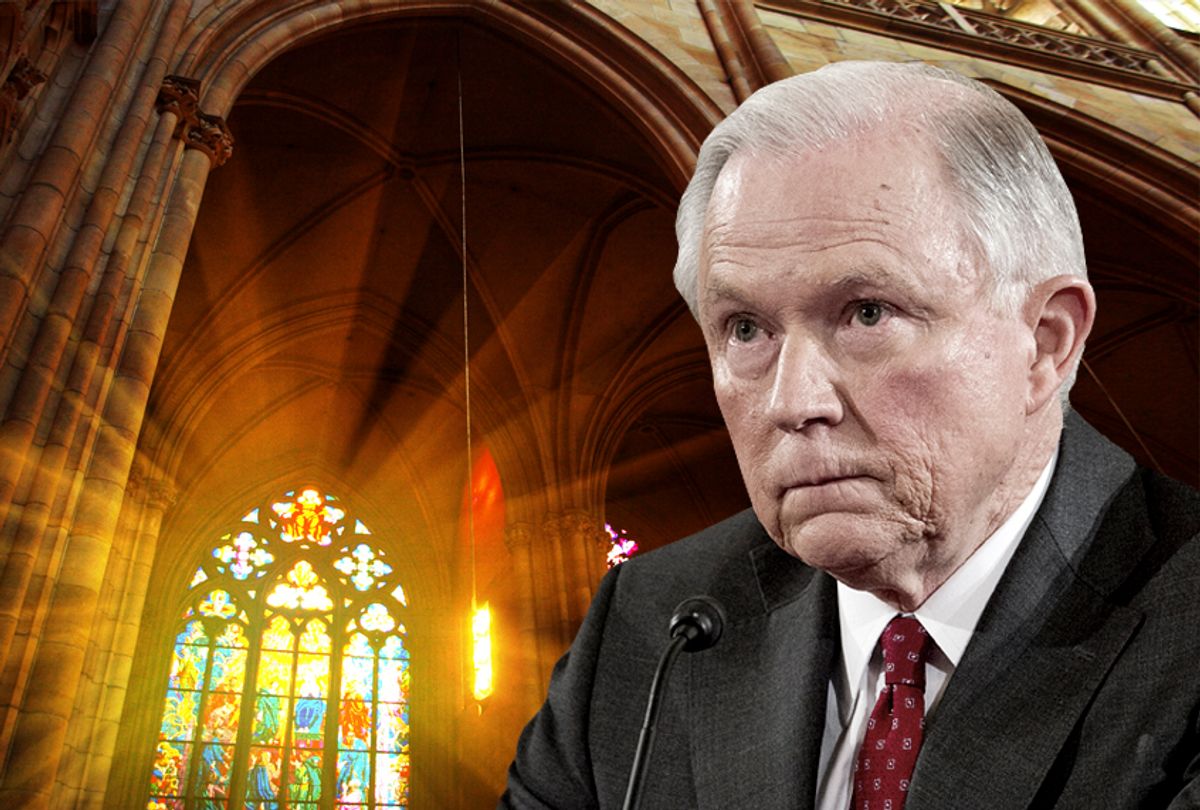 This article is adapted from a sermon delivered on June 17 at St. Columb's Episcopal Church in Ridgeland, Mississippi. Used by permission.

For some time now immigrants have been in the news as we, as a nation, have struggled with how to create a just immigration system. After several hundred years of welcoming pretty much everyone, in the 19th and 20th centuries our nation decided we needed to institute controls over who was admitted into the United States.

Overall we have a pretty dismal record of organizing that process around the racial and ethnic prejudices of those of us who were in power. For example, at some point we started to dislike the Irish and tried to shut the door on them, and many of us of European descent were threatened by the Chinese and Japanese and moved to exclude them. Of course, we allowed Africans in, but as slaves.

Now we have millions of undocumented immigrants who have entered the country in violation of our laws, and we are in a quandary about what to do with them. Recently our government has decided to prosecute all people who enter illegally, and we have started separating the children from their parents while their cases are being processed through the system. To many people of faith, this is an extreme and unjustifiable measure.

This week our attorney general tried to reassure Christians about all of this by quoting the Bible. He picked the 13th chapter of Romans where the Apostle Paul said: “Let every person be subject to the governing authorities, for there is no authority except from God, and those authorities that exist have been instituted by God.”

I must point out that Attorney General Sessions left out what Paul said eight verses earlier in his letter that actually addresses the bigger issue at hand: “Let love be genuine. . . . Contribute to the needs of the saints; extend hospitality to the strangers.”

Since our government official in charge of enforcing our laws has invoked the Bible, I thought we should take a look at what scripture says about immigrants.

I think we get the point. Since we all have histories as aliens, strangers and foreigners, we would do well to remember our own stories and the stories of our ancestors when we are considering how to treat the immigrants we encounter. In fact, God commands it.

But our attorney general was talking about government action, not our individual actions as Christians, right. Well, not so fast.

The Apostle Paul, while a Roman citizen, was not empowered with any ability to influence the Roman emperor. He had no vote and no voice. That’s not our story, is it? We have voices and votes. That’s good . . . great, in fact. But it also makes us responsible, doesn’t it?

In our reading from 2 Corinthians today, the same Apostle Paul reminds us that “all of us must appear before the judgment seat of Christ, so that each may receive recompense for what has been done in the body, whether good or evil.”

That brings to mind the 25th chapter of Matthew where Jesus, sitting in judgment on the world, separates people like sheep and goats. To those on his right side, he offers words of commendation, saying: “Come, you that are blessed by my Father, inherit the kingdom prepared for you from the foundation of the world; for . . . I was a stranger, and you welcomed me.” And they say, when did we do this? And Jesus says, “Just as you have done it to one of the least of these who are members of my family, you did it to me.”

At St. Columb’s we are a family of God’s people who come together, among other things, to equip ourselves for Christian service in the world, including discharging our obligations as citizens of this country. As individuals, we understand that we sometimes disagree on how the Christian Gospel calls us to action. We also understand that there are occasions when we should try to combine our voices on important issues as we have done in the past. I believe that meaningful immigration reform and measured and merciful enforcement of our laws, which makes reasonable provision for our safety, is just such an issue. I believe it is time to combine our voices to insist that our leaders fix this.