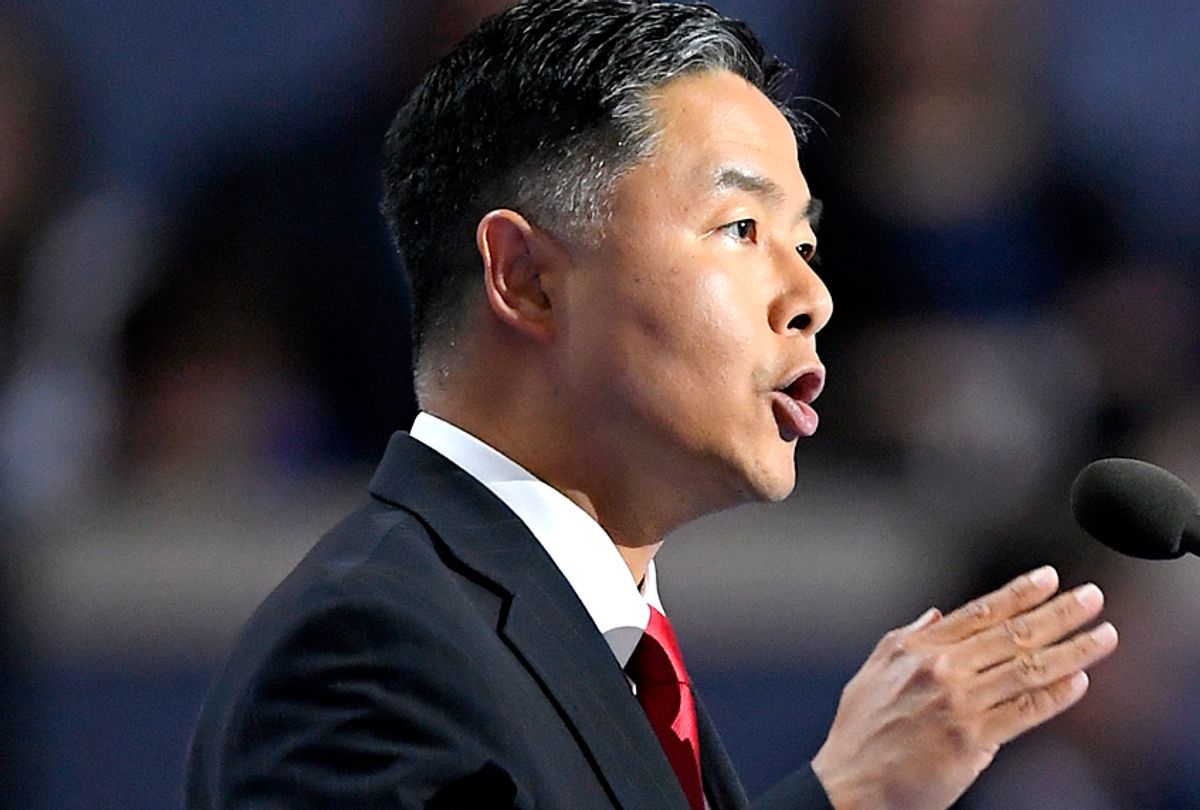 During a congressional session on the House floor, Representative Ted Lieu (D-Calif.) played the audio recording of children who had been separated from their parents at the U.S. border, crying in a detention facility.

“I think the American people need to hear this,” Lieu said as the chilling audio, first obtained by ProPublica, rang out before the other representatives in attendance.

Placing full blame on the governmental provisions that imposed such a harsh approach to border control, Rep. Lieu condemned President Trump and his administration for allowing 2,300 babies and kids to be “ripped away from their parents at the U.S. border.”

Trump signed an executive order on Wednesday effectively ending the policy of family separations, though the order did not address the fates of the more than 2,000 children already isolated from their families and currently condemned to detention facilities.

The audio of the children crying played aloud on the House floor for 35 seconds before Representative Karen Handel (R-Ga.) interrupted Lieu to suspend the recording. Handel accused Lieu of being in “breach of quorum” according to rule 17 of the House.

Lieu fought to continue the audio, questioning why Handel was trying to prevent the American people from listening to what detention centers sound like.

“These are babies and kids at the detention facility,” Lieu said. “Why do you not let the American people hear what they are saying?”

“The sergeant in arms will enforce the rules of decorum,” Handel warned.

Before his speech was cut short, Lieu cited America’s founding as a country of immigrants fleeing persecution. He mentioned former President Ronald Reagan’s sentiment of America as a “shining city on a hill” as he accused Trump of kidnapping the children away from their parents.

“Unfortunately Donald Trump and Homeland Security Secretary Nielsen have perverted that grand legacy and have now engaged in a functional equivalent of kidnapping,” Lieu said.

In reference to Attorney General Jeff Sessions invoking biblical scripture to defend the zero-tolerance border policy of separating children from their parents during his speech, Rep. Lieu remarked that the gospels and life of Jesus Christ never served to endorse such radical laws like family separation.

“You can believe in any God or no God at all and conclude that ripping kids away from their parents is immoral,” Lieu said.

Lieu then asked his fellow representatives to imagine the horror of being a mother or father and losing their child to the government.

“Imagine being placed in a detention facility with strangers,” Lieu said. “Imagine the horror and fear you will see doing that. What must that sound like?”

Democratic Senator Bob Mendendez (D-N.J.) also utilized the now infamous recording during a speech to the Senate on Tuesday.

“They say a picture’s worth a thousand words, but the audio released yesterday by ProPublica is worth a million tears,” Menendez said. “How do you submit the cries of innocent children to the Congressional Record? I don’t know how you do that, but you can hear it.”