Joe Scarborough on defending Trump: "if you support him, you are" racist

"He will forever be remembered as the president who traumatized little children," co-host Mika Brzezinski said 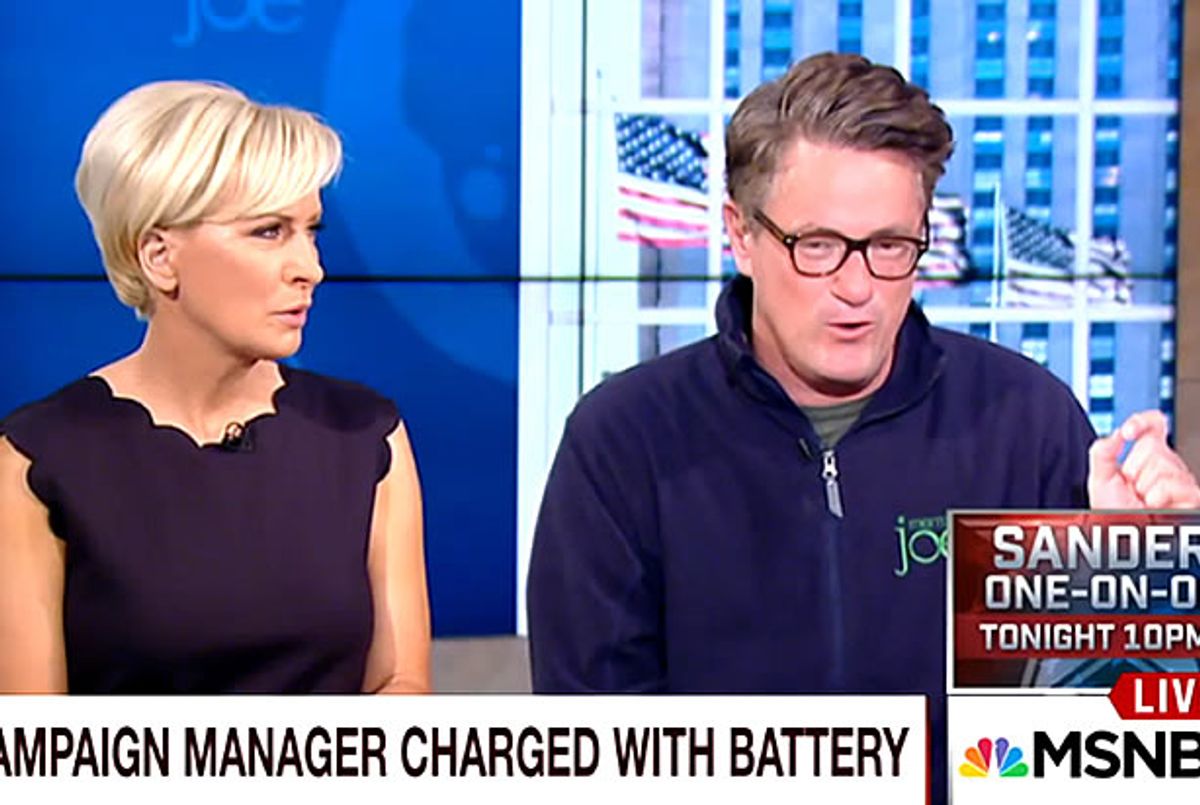 The “Morning Joe” co-hosts said the president was trying to back away from a disaster of his own making, and Scarborough said Trump’s intentions were perfectly clear — and morally indefensible.

“You’ve got Charlottesville, where Donald Trump of course defended white supremacists with moral equivalency,” Scarborough said. “Even this year, Donald Trump calling Hispanics ‘breeders.’ Just last week, saying that immigrants coming across the border were quote ‘infesting America,’ and no, he wasn’t talking about gang members.”

“You can talk again about him denying any knowledge of David Duke or the Ku Klux Klan,” he continued. “(Trump supporters) cannot say, ‘Oh, I’m just supporting him because he’s giving them hell in Washington, D.C. No, he’s been openly racist just like we said back in December of 2015, openly racist. If you support him, then you’re supporting that, and you are that. It’s that simple. That’s what we’ve come to now.”

Brzezinski shamed the president, his daughter and everyone close to the White House for ripping apart immigrant families for cynical purposes.

She said the policy stained everyone around the president.

“You see in this White House, a sinking ship, you see every man for himself,” Brzezinski said. “You see the attorney general now lying, trying to back-flip on his own lies, when he put out this policy. You see the first lady, trying her best to separate herself from this, because she, too, could have been one of those children. She doesn’t look like them but she knows this is bad, so she rushes to the border, and who cares what she’s wearing, she probably was talking to her husband.”

“But her husband tried to take that and make it a PR twist as well, which is deranged and sick,” she continued. “You have his daughter, the counselor for the president, who is forever revealed as a complete fake on these issues. There’s no turning back from it for Ivanka Trump. You have (defense secretary Jim) Mattis sitting next to him and (secretary of state Mike) Pompeo sitting next to him trying so hard to keep it together, even though the president has traumatized small children, many whose families were seeking asylum.”

“This is not one of those things where maybe or maybe not he’s gone too far,” Brzezinski added. “He knows he’s gone too far, and you know what this president is thinking. He’s pulling back because this is a massive PR failure and whether Ivanka said, ‘Daddy, this doesn’t look good,’ or Trump said that Ivanka said, ‘Daddy, this doesn’t look good.’ That reporting is fascinating. You know why? Because that’s all they care about — what it looks like. It’s deranged, it’s abusive, it’s cruel, it’s evil and the entire world is watching. it is now the time that he has gone too far.