"I signed it out of desperation… but the truth is I can’t go back to Honduras; I need help" 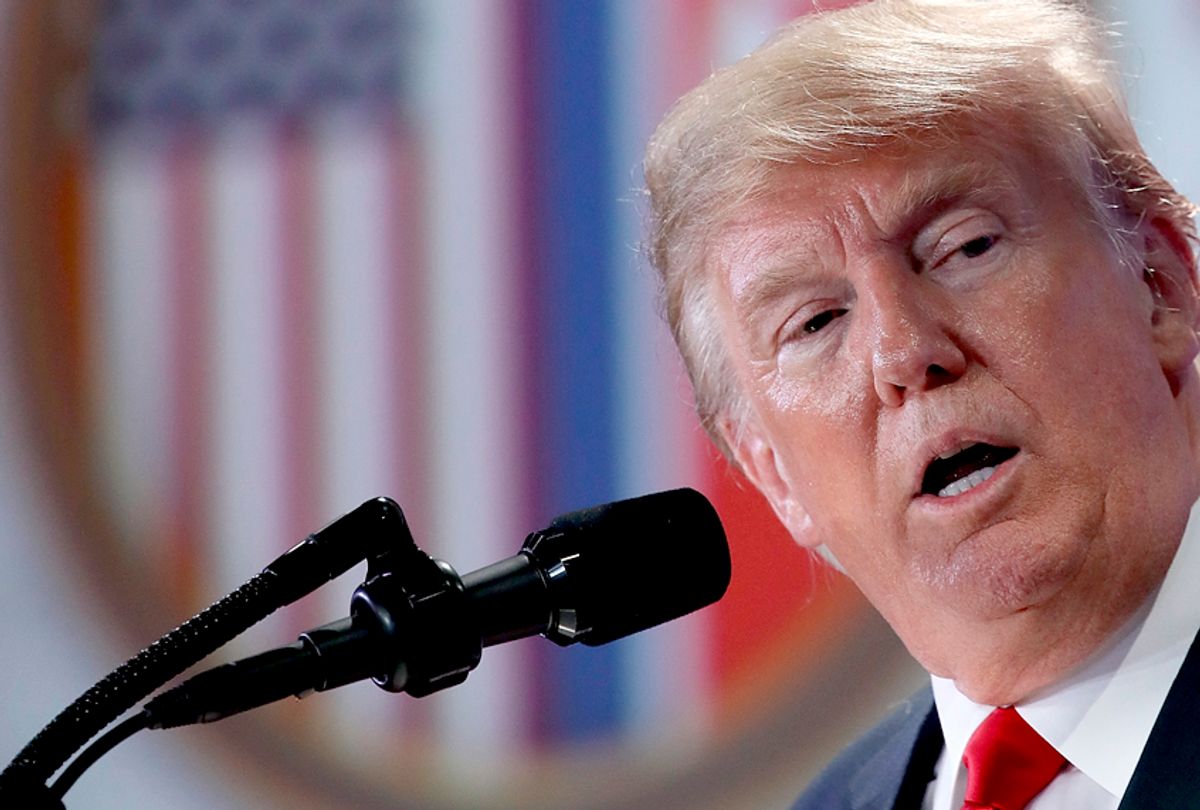 The Trump administration is reportedly giving Central American migrants who were separated from their families an opportunity to reunite. But it has nonetheless done so in the form of a harrowing ultimatum: In order to see their children again, detained migrants must voluntarily sign a deportation order.

A new report in the Texas Tribune cited an unidentified 24-year-old Honduran detainee who said he signed voluntary deportation paperwork out of "desperation" in order to hopefully be reunited with his 6-year-old daughter.

The two illegally crossed into the United States in May in order to claim asylum, and were separated under the Trump administration's zero tolerance immigration policy, which was first initiated in April. The Honduran man requested anonymity and went under the pseudonym "Carlos" out of fear of retaliation, the Tribune reported.

Carlos told the Tribune that there were about 20 or 25 other male migrants who have been split from their children and that they are detained inside the IAH Polk County Secure Adult Detention Center, a privately run Immigration and Customs Enforcement facility less than two hours outside of Houston. He also noted that "the majority of those detainees" received the same offer as he did — voluntary deportation in exchange for reunification.

"I was told I would not be deported without my daughter," Carlos told the Tribune. "I signed it out of desperation… but the truth is I can’t go back to Honduras; I need help."

He added, "The kids aren't to blame for what's going on. We only came because we can't live in our country. We are looking for somewhere to live where our children can have a better future. In our country we can't do it."

Carlos has only spoken with his daughter once since they were separated, and he was told she was at a facility in Arizona.

"She’s a prisoner," Carlos told the Tribune of his only conversation with his 6-year-old daughter. "She can't talk, she cries because she's locked up."

"It is unprofessional and unfair for a media outlet to publish such allegations without providing names, dates and locations so that these allegations can be properly researched," Rusnok said, according to the Tribune.

Anne Chandler, Houston director of the Tahirih Justice Center, an organization that advocates for immigrant women and girls, said she heard of similar cases at the same privately run ICE facility as well, the Tribune reported.

But Cynthia Milian, a private attorney who works with the Tahirih Justice Center offered a bleak outlook for Carlos, and others, who hoped the U.S. government would reunited them with their children.

"I doubt they would put his child on a plane to get her to where he would get deported out from, especially if she’s in Arizona," Milian told the Tribune.

She added, "I just don’t see that happening."

While migrant adults are prosecuted by the Justice Department and then detained by Immigration and Customs Enforcement, their children are placed in shelters funded and overseen by the Department of Health and Human Services.Chandler said it could take between one to two months to secure the release of an unaccompanied migrant child.

Many immigrant parents have been placed in removal proceedings and some have already been deported without their children.

A fact sheet released by the Department of Homeland Security on Sunday said that migrants who were ordered removed by the U.S. are able to "request that his or her minor child accompany them." However, it continued, "many parents have elected to be removed without their children."

The news of Central American migrants being offered reunification in exchange for volunteered deportation exemplifies how extraordinarily cruel the Trump administration's zero tolerance immigration policy was, and how deeply its consequences will be felt.

So far, as many as 3,700 children were separated from their parents before Trump reversed track and signed an executive order late last week that ended the policy. Since then, the president has repeatedly dehumanized undocumented immigrants as invaders, and also called for the elimination of due process rights for those who are undocumented, in a series of tweets on Sunday.