Trump: Undocumented immigrants should be deported without due process 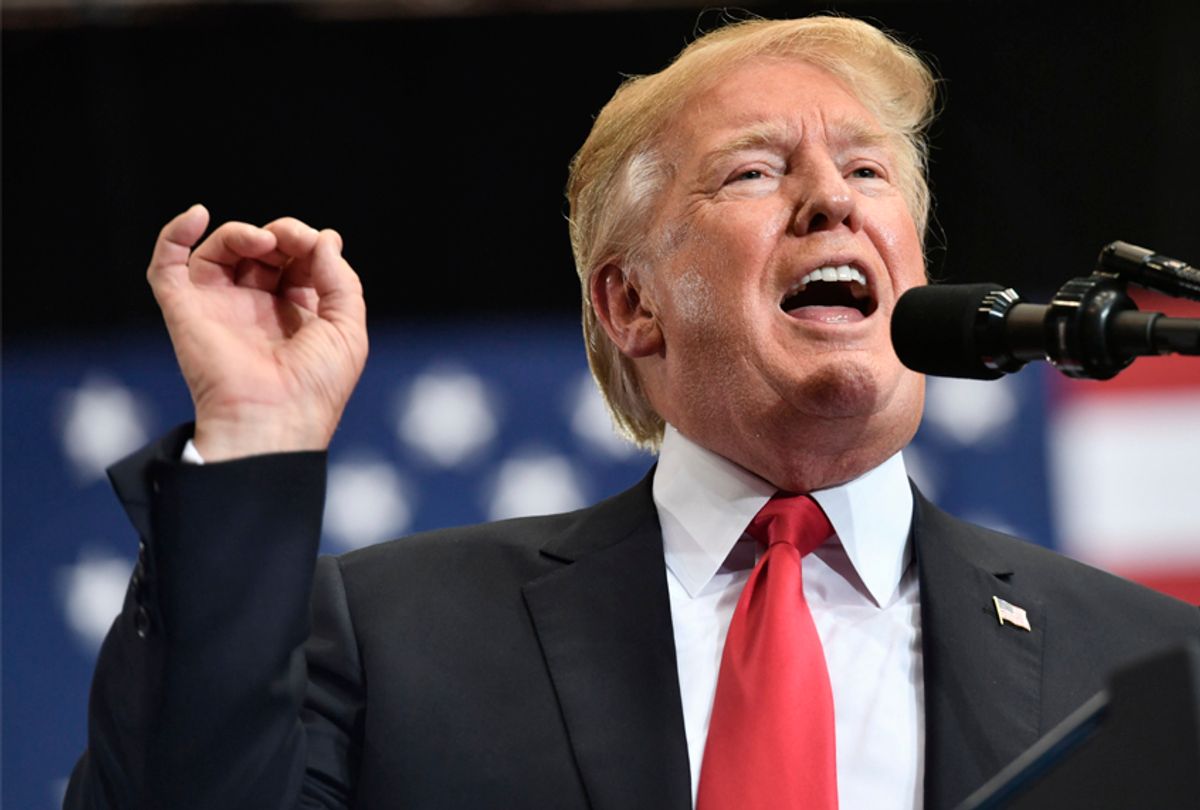 In a pair of tweets, he made it clear that he believes undocumented immigrants should be stripped of due process rights "immediately, with no Judges or Court Cases," and that the U.S. should "bring them back from where they came."

Just two hours earlier, Trump said his administration is "doing a far better job than" former presidents George W. Bush and Barack Obama. He also blasted the Democrats once again, and claimed it was their responsibility to "fix the laws."

While some of Trump's tweets in the past have often been received as authoritarian in nature, his call to entirely eliminate due process for undocumented immigrants might be his most draconian, and repressive declaration to date.

Despite Trump's attempts to make "law and order" sound like a central theme of his administration, he has frequently shown zero regard for the law or the U.S. Constitution, and his most recent tweets are no different.

Pundits, and experts alike quickly denounced the president's increasing dehumanizing language, and his calls to deport undocumented immigrants without trial.

Frequent Trump critic and Democratic lawmaker Rep. Ted Lieu, of California, told the president over Twitter that he "should read the Constitution." As president, Lieu tweeted, "you of all people need to follow law and order."

In the end, the tweets could backfire on the Trump administration in the end, especially as House Republicans are in the midst of looking to pass a comprehensive immigration bill, the Washington Post reported.

It all comes as the president, who has made immigration policy the crux of his presidency, has ignited widespread criticism and outrage over his recent "zero tolerance" policy on migration. The policy, which began in April but has since been reversed due to pressure, separated migrant families at the U.S. border indefinitely.